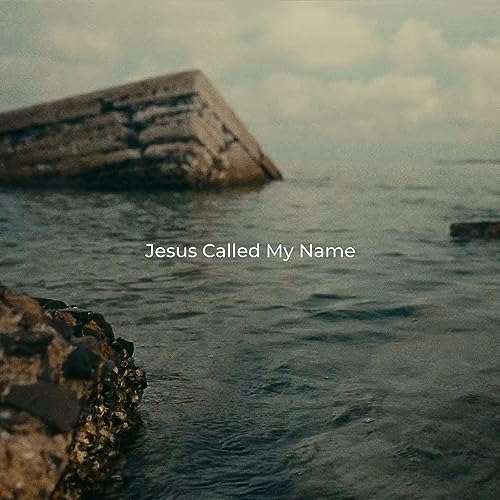 Rap music… hasn’t been my cup of tea, probably all throughout my life, I think. Though I am becoming more and more familiar and accustomed to rap music in general; when I was younger, I only listened to Carman and Delirious?, with me branching out to other CCM music in 2006, and mainstream music in 2018. But throughout everything that I have reviewed on this site (read them here!) and throughout everything that we’ve blogged about; rap music (and hip-hop music) hasn’t been high on our list to cover. It’s not that Jon and I don’t appreciate such music. We do. I’m constantly in awe of Lecrae and his contemporaries, artists like KB, Andy Mineo, NF, Social Club Misfits and Derek Minor, at how they can spit bars and run lines extremely well, and point people to Jesus at the same time. On the flipside, artists like Eminem, Black Eyed Peas, Kanye West, Kendrick Lamar, Post Malone, Logic, and Jay-Z do nothing for me (and nothing for Jon too!)- and I don’t have an inkling to listen to any type of music that doesn’t draw me closer to Jesus, mainstream rap included.

In the past, I’ve reviewed Trip Lee’s The End, NF’s Clouds, KB’s His Glory Alone, Lathan Warlick’s Let’s Be Honest, and Steven Malcolm’s Tree… and each of them I spoke about pretty favourably (or somewhat favourably in Lathan’s case…). Jon also reviewed Lecrae’s album Restoration. But there still hasn’t been much more coverage of rap over the past few years. Slowly and bit by bit though… there probably will be more and more artists that we cover. There is no limit as to how God speaks. And this starts with Zauntee’s “Jesus Called My Name”. With this single though, which is Zauntee’s debut on BEC Recordings; let me tell you that objectively this song is good, but rap in large doses still gives me a headache, and still reaffirms my assertion that this type of music isn’t really my favourite type of music when I need to listen to some inspiration or even for background music. Zauntee also isn’t really my favourite singer per se… but there is merit in this song and there is a market for these songs as well. Kudos to Zauntee for showing the world what he’s made of- and so I reckon every one of us should try out this song… because you never know if it will be your favourite or not.

Me and some producer friends were in a room watching a video about Reinhard Bonnke, and there’s a scene where the crowd of hundreds of thousands of people all start saying JESUS at the same time. The presence of The Lord fell in that room, and we started talking about how much our lives had been changed because of following Jesus. Then I started singing this phrase that became the chorus. We worked on that song 2 more times and before each time we spent like an hour worshiping and praying over the song. The bridge wasn’t even written, we just turned the mic on while I sang what was in my spirit. We kept all the original takes. I believe this song reminds people that: we all have stories only we can tell, gifts only we can give, and our survival is proof to someone else they can make it. We love Him because He first loved us, our stories have a purpose, and EVERYTHING has changed, cause Jesus called our name.

Zauntee’s worshipful rap anthem isn’t anything I’ve heard before… in a crazy good way. I still don’t have an affinity to rap music. But this song impresses me greatly, and this melody reminds us to have a faith built on the Solid Rock that is Jesus Christ. Jesus has called Zauntee by name, as well as each of us; and if we respond and follow Him the rest of our days, we will have a much more enriching life and a life abundant in this life and with Jesus in paradise. I don’t know if I’m ready and at that stage to listen to a full-length album of Zauntee’s. Nevertheless, this song, which closely resembles “Start Over” by Flame and NF (in theme), is a track that needs to be listened to. It’s an encouraging, hopeful and inspiring song- and one that will satisfy your soul, and bring you closer to Jesus.

Zauntee, like Lathan, KB, Lecrae, Steven, and Trip; is a talented rapper, singer, and songwriter. “Jesus Called My Name” is an inspiring and incredible song, from one of the most underrated artists within the last few years. But I myself still don’t feel as compelled to rap music than when I first started listening to this track. And with that, I’ll leave this review by saying- it’s true that I do appreciate rap music in general all the more. But let me say that I still don’t think I can sit through an album of full-on rap (just for listening, not for reviewing!), and that’s ok. “Jesus Called My Name” is a compelling and moving release- but I wouldn’t listen to an album from Zauntee’s and other rap artists- not any time soon. And that’s ok. Can’t we appreciate something as great art without fully resonating with it? So let me spin some pop, CCM, country and even Broadway and opera; and get back into my preferred genres… And so, Zauntee, what about a worship album or pop/CCM album next?