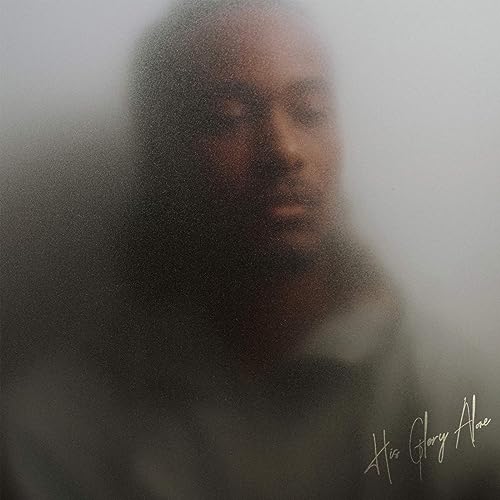 Aside from well-respected rapper Lecrae, I reckon probably the most impactful and inspirational rapper in the CCM industry would be KB. I know, I know, I’m being controversial in the sense that I didn’t say NF- but the fact that he has gone off into the mainstream to do his own thing and to minister to people in that market… well I’m just speaking about artists who write a little bit more predominately for Christians, and who are accepted more by Christians than the mainstream. Anyway, KB was born Kevin Burgess, and he has taken the world by storm ever since his debut album Weight And Glory in 2012 on Reach Records. Since that time, KB has dropped 2 more albums (Today We Rebel and Tomorrow We Live), while his Provident Label Group debut project (his 4th overall!) is called His Glory Alone and released a few weeks ago. Now I myself haven’t actively followed his music career like how I have with Lecrae’s discography (and even that was only until recently!) … but that doesn’t discount the fact that KB’s tracks are nonetheless still passionate and poignant and impacting.

Personally I haven’t had much experience as a rap listener (even with Lecrae’s music, it’s a song here and a song there, and not ‘let’s sit and chew on a full album in one sitting!’), yet KB’s unexpected move from Reach Records to Provident Label Group early on this year certainly piqued my interest. So I decided well ahead of time to check out His Glory Alone, no matter where my thoughts led- and now I can say with full confidence that though I am not a full on lover of rap music, I’d spin this album again and it will be an album that I won’t find grating and an album that I definitely won’t skip any of the songs. You know how in rap albums sometimes you need to stop and take a breather because the raps are too intense for casual fans? Yep, there’s none of that here- KB’s ability to rap effortlessly and seamlessly while still delivering high quality lyrics, is remarkable; and it is this passion and heart that makes me like this album more and more! Perhaps this year is the year that I will branch out into listening to more and more rap (as even this year, I’ve listened to rap artists like Lecrae, NF, Social Club Misfits and others more and more!); yet for those who aren’t familiar with KB’s discography, His Glory Alone is a great place to start!

There is lots of gold lyrically to be mined in this 13-track album. So much for my CCM mind to comprehend or compute- and as I was listening to these compelling and powerful anthems, I decided that maybe I am to ‘review’ this album a little differently. So that I will do. Instead of writing full-on review, let me just say that KB has played an immense part in stirring my soul towards loving rap more and more. And as I was just worshipping along with KB (in a number of the worship songs he’s included on this project!), I decided to check out ‘rival’ reviews from other websites to see their much better skilled writers speak about a topic that I could never begin to grasp or understand fully to the same extent as them. And while I did enjoy reading the review of His Glory Alone on New Release Today, I found that the Jesus Freak Hideout review (much shorter!) was way more palatable and readable and enjoyable. Maybe it’s because the design and layout of Jesus Freak Hideout is more conducive to viewers staying on the site for a long time as opposed to New Release Today? I don’t know, just my inner most thoughts. So anyway, instead of hearing me jabber on about a rap album when I myself hardly ever listen to rap, let me instead point you to the experts and these two reviews that made me realise that when someone says something better than you, you just gotta pay homage and tribute to that and honour them instead of saying the same thing in a ‘better’ way even when you know you cannot.

That doesn’t mean I’m going to be silent on all of the tracks, because there’s just too many good tracks to not say anything, if you know what I mean. A number of worship songs on His Glory Alone features interpolation, which according to Wikipedia, means that the artist uses in their own song ‘…a melody — or portions of a melody (often with modified lyrics) — from a previously recorded song but re-recording the melody instead of sampling it…’. It’s a clever way to pay homage and tribute to the greats that have gone before- and as you read the ever expanding list on Wikipedia about the list of interpolated songs; you can tell that this is a thing, and this is a thing that is respected. So KB doing this on 5 songs here is pretty cool. Opening track “Let It Reign” features Bizzle, and is an immediate standout, as KB features Michael W. Smith’s “Let It Rain” (the chorus!) as a backdrop for the message of his song, whereby KB also cries out ‘…my God, my God, it’s all on You, Your throne won’t end, Your crown won’t move, come Yahweh, reign over all, yeah, nations will fall, Lord, let it reign, my God, my God, it’s all on You, the demons tremble, darkness moves, come, Yahweh, reign over all, yeah, arm to the throne, Lord, let it reign…’; while “Armies”, the album’s first single, pays homage to Chris Tomlin’s hit worship song “Whom Shall I Fear? (God Of Angel Armies)” and we are introduced fairly early on to a musically eclectic and diverse atmosphere. For the untrained ear and eye, perhaps you could say that KB is lazy and taking the easy way out in using other hit songs as the basis for his own hits… but there’s no denying that this song and others like it is powerful and compelling. So whatever the case, this track is still intense and encouraging, and I myself have enjoyed it. Declaring that Jesus, the God of angel armies, is always on his side and that he can conquer anything thrown at him because of the risen Saviour by his side, “Armies” is a no-nonsense, no-holds-barred, impressive melody from an artist who is quickly becoming more and more popular by the day. In this time of COVID-19, where everyone’s spirits are low, “Armies” is sure to encourage and inspire us, as I am blessed to hear about how God is for us, and with us, and behind us, and that ‘…the God of angel armies, is always by my side…the one who reigns forever, He is a friend of mine…’.

“10K” is another explosive and hard-hitting melody that is in effect a worship song, as KB pays respect to Matt Redman’s hit worship song “10 000 Reasons (Bless The Lord)” and emphatically relays to us that there’s more than 10 000 reasons to praise God, and more than 10 000 reasons to give our Saviour and our Father the glory and honour and praise. “10K” inspires and is another winner, as I am blessed to hear about how many reasons we need God, that ‘…I got a God, don’t change with the season, ten thou’ reasons I can believe in, God so good, say less I’m breathin’, oh, ten thou’, ten thou’, I’ma believe ’em all…’; while Hillsong UNITED’s “So Will I” is ‘covered’ in “This Is Life”, whereby KB ardently relays that as all life, including the rocks, stars, mountains and oceans exist to praise God, so to must he, and so is this the purpose of what life is- to lift His name up higher and higher. “Yes Song”, a song which ‘borrows’ the most elements from a worship song (Vertical Worship’s “Yes I Will”) than any other interpolated song from KB on this project, feels the most cohesive and organic, as I was transfixed by this rendition, whereby KB fervently gives God praises, and proclaims that he will sing out God’s praises even in the lowest valley; while original songs “We Right Here”, “The Name” and “Si Cancion”(“Yes Song” in Spanish!) also impact and inspire, with KB delivering moments of sheer brilliance and flawless rapping and spitting of beats- is that the right term though?

Yet if there’s one song that rises above all on His Glory Alone, that would be the heartfelt piano led “Masterpiece”, where KB actually sings all of the lyrics and never raps. Similar in theme to Danny Gokey’s song of the same name, KB directs this song to his young daughter, crying out that ‘…darlin’, you’re a masterpiece, breathin’ melodies, there’s nothin’ that you have to be, you’re a masterpiece, I’m lookin’ at a masterpiece, before you even try, there’s nothin’ to decide, just know in every scar life leaves, it’s workin’ on a masterpiece…’, although this song could be sung from God’s perspective, and a reminder that whatever our situation, He will always love us and always view us as a masterpiece. Comforting and healing and impacting, the melody solidifies my respect for KB, as he challenges the status quo of rap in general, and goes above and beyond what I could ever dream what rap music could and does sound like. Maybe KB is expanding his music genres into worship music because of the label and external label pressure… but whatever the case, if KB delivers albums like His Glory Alone again and again going forward- well then I’ll gladly champion his music and whatever label he’s on.

His Glory Alone from KB is an odd album on the surface, as it’s unlike anything he’s ever done before. There’s rap, yet there’s worship here too; and for the rap purists out there, perhaps His Glory Alone won’t be your cup of tea. There’s more than one genre encompassed here, and that’s what I reckon will floor people and put them in a loop. Yet a deeper listen is indeed needed in my opinion, as KB gifts us probably one of the most vulnerable and honest albums of the year. No way in my right mind did I think at I’d rate a rap album 5/5 this year. Yet here we are. Listening to one of 2020’s crowning achievements, and I say this with all seriousness. So well done KB, hats off to you and your team, and I am eagerly anticipating what you do next! Everyone else who is sleeping on KB… well it’s time to wake up and wake up now!

3 Songs To Listen To: Let It Reign, Masterpiece, Yes Song