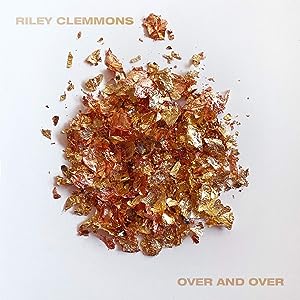 Riley Clemmons – Over and Over (Single) (Amazon mp3/iTunes)

After such a whirlwind music career ever since she debuted her self-titled album in 2018, featuring standout songs like ‘Broken Prayers’, ‘Hold On’, ‘Broke’ and ‘Better For It’, to name a few; Riley Clemmons has been giving to us, hit after hit after hit. In 2019, Riley unveiled the chart-topping single ‘Fighting For Me’ alongside the up-and-coming emotive and poignant song ‘Free’ later on during the year. She also gave to us a Christmas EP that was released late 2019, that featured songs like ‘Last Christmas’, ‘Have Yourself a Merry Little Christmas’ and ‘Silent Night’, to name a few. Now here we are in 2020, and another song of hers has dropped digitally around a month ago- titled ‘Over And Over’- a song that, if given the right airplay, can be as, big, maybe if not bigger, than ‘Broken Prayers’. While not even twenty yet, Riley’s maturity and her lyrical sensitivity is far beyond her years, and a song like ‘Over and Over’ is evidence of this.

‘…this particular songwriting session was super special to me. I was talking with my label about writing this song. We discussed who I’d like to meet with to co-write it. I picked three of my favorite songwriters. I normally start a session talking about what’s going on in my life at that moment, taking that and finding a title and lyrics, based on that situation. For this song, I had been at church the day before. The pastor preached about what it means to recommit yourself to God every day. In a personal way, for me, that’s waking up every day and making the decision to choose God, over and over again. More so that I’m in awe of the fact that somehow I’ve been chosen to be a child of the God of the universe every single day, over and over again. Really, this song came from a place of just being in awe of God’s grace that doesn’t ask for anything back…from an honest place, a human struggle, especially as a young woman, is dealing with wanting approval from others. You have this desire to be chosen, to be looked at in a crowd, and to have someone pick you. What does that look like coming from the God of the universe? That’s what this song is about for me. The first line of the song addresses the insecurities we deal with as we face our repeated mistakes. God’s mercies are new every morning. Grace isn’t something you can work towards or achieve. Christianity is about knowing that there’s no checklist of things we can do to achieve God’s grace and mercy. This song comes from a place of awe and joy of knowing that this is something I’m freely given by God every single day, over and over again. This song is about taking the Word of God and living it out in life every day…’

It is in this quote that I’ve come to understand the message behind this song, and in light of that, I’m enjoying the execution of it quite well- there’s gospel backing vocals, there’s powerful drums and a swaying beat that is very catchy while also quite meaningful. God shows us that we are His, that we’re blessed, that we have everything we need, over and over again, often on a daily basis. ‘Over and Over’ is a song not only showing us that God shows us things over and over, but we as children of God have to make the decision, conscious one at that, if we want to follow Jesus- over and over again each day. God presents us this case- Jesus; and we have to respond. He gives the gift of grace, and we have to choose. Over and over, each day, knowing full well that what we do or say is no determinant on how we are loved or accepted. God cares for us in spite of what we do or don’t do. ‘Over and Over’ just hopefully gives us all a little push in the right decision as we see whether this Jesus-thing is good enough for us to keep choosing it everyday. Well done Riley for such a thought-provoking song; can’t wait for the new album, most likely with this track on it, whenever it arises.