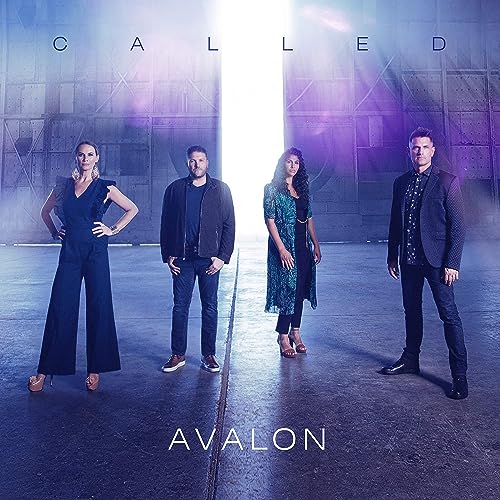 What can you say, and what do you actually say about a band who has had all the hits, all of the accolades, that has toured the globe, that has done everything they could possibly do to further the kingdom of God? What do you say about a band with smash hits such as “Can’t Live A Day”, “In Not Of”, “Wonder Why”, “Undeniably You”, “You Were There”, “I Wanna Be With You”, “Adonai”, “Love Won’t Leave You”, “Still My God”, “I Don’t Wanna Go” and “Testify To Love” (to name a few)? What do you really say about the band that has already been given praises and awards? Avalon has been around since the 90’s, has had plenty of member changes (see Wikipedia), yet has still forged on and created songs of praise to God, that are heartfelt, honest and personal, yet relevant and inspiring also. Yet to each of our confusion, and completely out of left field in 2009, these guys dropped of the CCM scene. Sure, they still toured and lead worship at each of their individual churches, but they have not recorded new music since 2009’s Reborn. Until now. This past couple of months, the inspirational quartet unveiled their brand new album Called, including their hit single “Keeper Of My Heart”, via Red Street Records (Rascal Flatts’ guitarist Jay DeMarcus’s new label!); and while we have been encouraged and uplifted in the past, the question is this- how does their sound, well…sound like, compared to all of the bands that have started their careers and are at the height of their popularity all the while Avalon was on hiatus? Is the lead single “Keeper Of My Heart” relevant or is it dated and not needed? Is new member Dani Rocca loved and appreciated by fans, and has long-time member Jody McBrayer made a successful and welcome return from his hiatus? Well in my opinion, not much needs to be said about this album, not much because it seems like no time has passed at all, definitely a good thing. Called is like the Avalon of old. Containing ballads as well as upbeat pop tunes, this album is certainly one for the nostalgic fans, and also for those who are hearing about Avalon for the first time.

“Keeper Of My Heart”, the album’s first single, released in July last year, and is a worship song at its core, with all four vocalists (Janna, Greg, Jody and Dani- but mainly Greg in this song!) blending in and singing in harmony quite perfectly and exquisitely. Effortless in their vocal delivery, “Keeper Of My Heart” may not reinvent the pop/CCM wheel musically, but it does its job quite nicely, providing us with a catchy tune to be stuck in our heads, all the while with an important message lyrically, that Jesus is the Keeper of our hearts- the One who holds us all together…and it’s that thought that should encourage and comfort. A thoroughly enjoyable track which isn’t necessarily my favourite Avalon song (nor even my favourite track of 2019!), the song is still solid as it reintroduces me to Avalon, and that’s always a good thing! The rest of the album continues in this solid fashion as I am reminded of reasons why Avalon is one of my favourite bands, and why I missed them so much during their 10-year hiatus!

The title track opens proceedings with an orchestral anthemic larger-than-life instrumental refrain that sounds something out of a cinematic movie of sorts, as Greg emphatically leads this track and fervently relays to us that as Christians we are called to spread the gospel by any means necessary. We have been called to spread the gospel to every creature, to be all things to all men, and to love like Jesus loved. The Beatitudes as well as 1 Corinthians 13 outline our directive to love quite skilfully as well, with “Called” creatively using a simple message to deftly and unobtrusively breach a sensitive subject of evangelism that we all might not be ready to have yet. “Closer” is as radio friendly a song as they come, as Dani majestically leads this Chris Cleveland-penned track, ardently relaying to us that Jesus is always moving in our lives, drawing us closer and closer to His presence, as well as encouraging us that ‘…you’re getting closer to a brighter day, every step you take, closer with a little faith, you know it’s not over, over, this is not the end, you’re gonna make it through, right now He’s pulling you closer…’; while the Stars Go Dim frontman also lends his songwriting prowess to the Janna Long and Jody McBrayer-led potential radio single “Only One”, bringing forth the concept and notion of God being the only one that we ever need, the only one we could ever truly want. There is only one Jesus, and for that we ought to be very grateful and thankful that the God of everything wants to know each of us on an intimate level.

The slower paced piano led album highlight “If Not For Jesus” is an admission or prayer of sorts, as the quartet outline that they’d be lost and without hope without Jesus, as ‘…if not for Jesus, there’s no way I would know love and freedom, such mercy and hope, I don’t wanna imagine this heart inside of me and the person I might be if not for Jesus…’; while the first truly congregational Sunday morning church song comes in the Greg Long led and Steve Fee written “Great Is The Lord Our God”, a simple yet effective song of adoration to our Father and King, as we declare that Jesus is the Lord our God and He is great! Jody McBrayer then shows off his vocal chops with two of the most inspiring Avalon songs ever- and two of my favourite songs on the album. Both “Sacred Ground” and “Just Can’t Stop My Hallelujahs” are stirring and powerful piano led ballads, and are in the same league as “You Were There”, as the former track is an Easter worship anthem with the group vividly describing Jesus’ death and resurrection, while the latter is a list of sorts, with Jody outlining the reasons why he is worshipping Jesus and why ‘…You are my God, You’ve rescued my heart, and I can barely breathe when I see, how great You are, You are my King and none can compare, You took the crown of thorns that no one else could wear, I just can’t stop my hallelujahs…’.

“Glitter And Glory” is sung predominately by Janna and Dani, as the Francesca Battistelli-written pop tune delves into the topic of material worth about how we as Christians ought not to be chasing after earthly treasures and material possessions, but rather we should be chasing Jesus the King of everything. Yet it is “Lanterns” that is the track that makes me love Avalon as a band all the more- Greg Long absolutely nails this Bird of Tokyo cover, as he makes the pop song sound just like an Avalon song. It’s a risky thing recording a cover of a mainstream track, however “Lanterns” could easily be played as a Christian/inspirational song- as we remember that we have to keep pressing on in life with our eyes firmly on the road ahead if we want to live it to the full. With the track having more than one meaning when you listen to it deeper, “Lanterns” enhances Called by quite a lot, as Avalon have seriously outdone themselves here and have created a near-flawless masterpiece as their comeback album. While it remains to be seen what happens in their next album, let us not get ahead of ourselves that quickly, and let us instead bask in the genius of Jana, Greg, Jody and Danni’s impeccable batch of heartfelt and inspirational melodies!

What is next for our awesome foursome? For Janna, Greg, Jody and Dani? Well, I’m not sure. The release of their new album Called is very welcome, and probably later on there would be some touring after that when the pandemic of COVID-19 slows down. Yet beyond all of the promotion, is anybody’s guess. Until such a time as the next project is unveiled (another Christmas album maybe?), we can listen to “Keeper Of My Heart” and the rest of their hits many times over. And then we can go back and revisit all of their greatest hits. So well done guys for your return to CCM, we have all missed you! Please don’t leave ever again!

3 songs to listen to: Only One, Sacred Ground, Just Can’t Stop My Hallelujahs