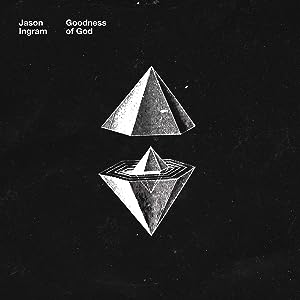 One Sonic Society, and formed from an offshoot of various bands and other projects. For Jason Ingram, seasoned veteran singer-songwriter and quite possibly the most talented writer of CCM melodies within the last 20 years or so; came together with Hillsong drummer Paul Mabury, ex-Delirious? guitarist Stu G. and ex-bassist Jon Thatcher to form the quartet which has been known for the last 10 years or so as One Sonic Society. As a band they have released many, many songs (in most cases re-recordings of other artists’s songs that they themselves had a hand in writing. Songs like ‘Forever Reign’, ‘Greatness of Our God’, ‘Lay Me Down’, ‘Always’, ‘Jesus, Son of God’, ‘Almighty God’, ‘Never Once’ and ‘Even So Come’, have all been recorded by this band over the years, and as the years went by, the band have had varying levels of success. Over the years, the membership of the band changed too- Jon Thatcher left shortly after the band was formed, and now is currently a member in the alternative rock band Enation, together with Jonathan Jackson, singer and recent actor in the television show Nashville. Stu G. has had other opportunities to undergo solo material and other special projects (his most recent one being a collaboration of artists under the project title The Beattitudes, and thus, has had limited opportunities for One Sonic Society (OSS)- leaving both Jason Ingram and Paul Mabury as being a duo over the last couple of years. Now here we are in 2020, and One Sonic Society have released another EP again- except it’s not One Sonic Society anymore…I mean, it is, but it’s not. This new collection of songs, are unveiled under the name ‘Jason Ingram’- thus meaning that I guess, from here on end, lead singer of OSS wants to be now known as a solo artist from now on? Is Paul Mabury still involved with Jason’s work moving forward? We don’t know. But what we do know is this- these 5 new songs, that still have the OSS flair, are very much some of the most emotive and heartfelt renditions of these songs I’ve heard thus far, this year. Some songs we all may have heard before. Some others not. Regardless, Goodness of God EP is a great start to Jason Ingram’s re-igniting of a solo career, and an EP I’m going to continue spinning for the upcoming months ahead.

‘Glorious Day’, originally by Passion and on their 2017 Worthy is Your Name album, speaks of the moment where God brings us from darkness to light, the moment where our eyes are opened for the first time to God’s love and unending grace- with Passion’s version being more guitar-driven, this version by Jason allows the keyboard and synths to shine, presenting a more controlled and polished feeling- which isn’t necessarily  a bad thing- it just sounds different to the live feeling that Kristian Stanfill’s Passion version brings. Jason is a prolific songwriter, and here we see his very own rendition to ‘Glorious Day’, one that is very much his own and reminds me why I enjoy the song so much. As for the message behind it, we see Kristian himself reminding us, that ‘…this song is our story. It’s the people of God’s story. We are a chosen people and we’re called out of darkness into marvelous light. When you start singing about coming back to life, it really brings joy up out of people…’ ‘I Am Loved’, originally recorded by Mack Brock, ex-lead singer of Elevation Worship and now a solo artist; speaks of everything we know we are in the sight of Christ and in light of who He is. We are loved, we are treasured, we are set free, our past doesn’t weigh us down anymore, something that we all know to be true but often need reminding of, on a daily basis at times. ‘Promises Never Fail’, originally on Bethel’s 2019 album titled Victory, is given the Jason Ingram treatment here as we hear a song that gives us the truth and comfort that God’s promises never fail- in whatever circumstance we find ourselves in, we know that God’s plans are to prosper and not to harm, to never fail us, and always come through for us in often ways we can’t even imagine that he could. ‘Still’, a song that I hadn’t heard prior to this EP, was originally a single from Amanda Cook, one of the lead singers on the Bethel Music collective, as we see a song that is more like Scripture in song than anything else. A reminder for us to be still and to rid ourselves of any distractions, as we know that He is God, the EP then ends with one of my favourite worship songs of late, ‘Goodness of God’- originally from Victory and also covered by pop band All Things New as well. The song has become an anthem for people around the world of late, as we declare the goodness of God and what we know to be true, even during these difficult and trying times.

Albeit a little short, Goodness of God EP is such where we see the passionate vocals of Jason take on a new form as we see how much we need these songs right now, especially during the midst of a crisis where everything we can possibly have known all these years are going underneath the microscope. Nevertheless, these 5 songs are some of the best worship songs I’ve heard in quite some time- again showcasing the musical and lyrical prowess of Jason over the years, especially now. An EP I know I’m going to play for a while yet on my iTunes; this is a must-have if you’re a fan of Delirious?, Jason’ previous band One Sonic Society, or even Bethel Music themselves. Well done Jason for a collection of these songs we all know and love. Looking forward to more other collaborations with other artists in the future.

3 songs to listen to: Glorious Day, I Am Loved, Goodness of God