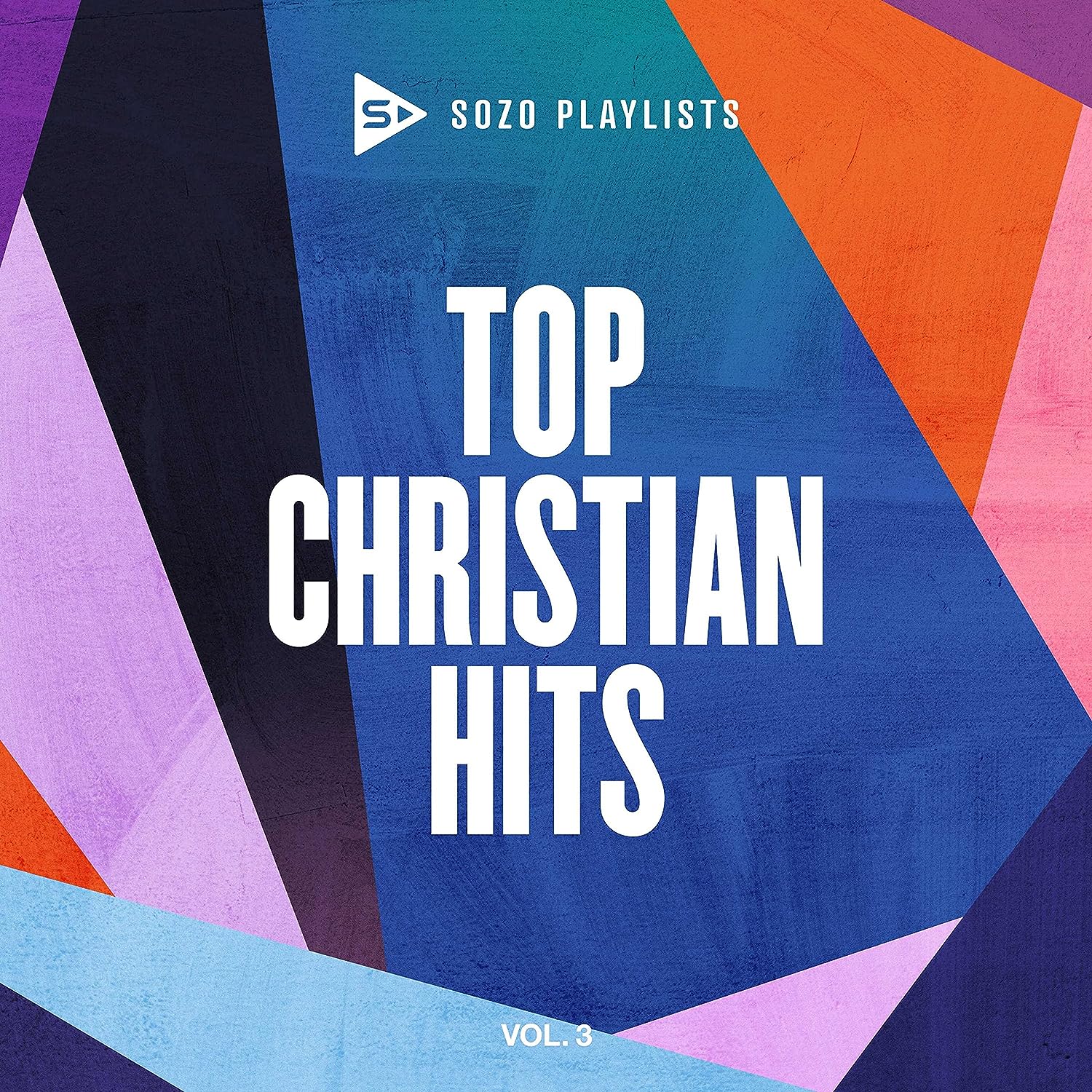 ‘…I think I have to make this sad but nevertheless real assumption. WOW Hits 2020 is not happening. There, I said it. Not that that assumption and statement out loud was any easier. In fact, with WOW Hits no longer in production (I can assume this because it is early September 2019 and no announcement of WOW Hits has been made!), it is indeed a sad day for Christian music. Sure, in the eyes of production, marketing, the advent of Spotify, youtube and everything else, WOW Hits slowly but surely became redundant. The DVD’s were phased out of production with WOW Hits 2012 being the last DVD to release. And after that, I assumed it was only time for WOW Hits CD to discontinue. But here we are in September, and with WOW Hits being not in circulation, becoming more and more a reality for me, I feel a little sad. Throughout my teenage years and into university, I grew up with WOW Hits. It was in fact one of the main ways that I branched out of my own CCM comfort zone into other styles of music under the Christian umbrella. Not only was the WOW Series a big part of my own life, I’m sure this series was also helping people not in the Western world- in places like China, Africa and some other parts of Asia, where youtube is banned and Christianity of all sorts is outlawed. So for WOW Hits to disappear, and with no official statement saying that it was not going to come back for another year, seems a little baffling, but all in all, saddening, not for me (I do have spotify and can play various other playlists of current Christian music tunes), but for the people who now don’t have access to the latest Christian music, for whatever reason. But never fear, right? Because right now, we’ve found another decent alternative in SOZO Playlists: Top Christian Hits! Surely this new album release should satisfy your itches for new music- a one stop shop for all charting CCM music throughout the year, right? …’

This above quote was written in 2019, during the first year in which WOW Hits was no more. There was a new compilation series on the block- SOZO Playlists– capturing standout hits over the year, but only thorugh Capitol CMG, and only 15 tracks. Pretty weird, right? Now you can read all about my review of it here, and see my own raw, unedited, honest thoughts on the new series, and hear and see my underwhelming response to the first volume in the SOZO Playlists series. Because when I do reflect on the album in 2019, that was supposedly ‘the best of the best’, it did have its flaws- ‘You Say’, ‘King of Kings’, ‘Good Grace’, ‘Reason’, ‘I’m Gonna Let It Go’, amongst many, many others, were all absent from 2019’s SOZO Playlist. SOZO Playlists: Top Christian Hits Vol. 2 released last year, and all in all, was a pretty decent step-up from the first volume in 2019. As we scanned the track-listing of the compilation that was unveiled last year, we see the things that album executives have right- ‘I’m Leaning on You’ (Crowder), the seemingly dated, but still ‘current’ ‘See the Light’ (TobyMac), ‘Over and Over’ (Riley Clemmons), ‘Keep Me in this Moment’ (Jeremy Camp), ‘Run to the Father’ (Cody Carnes), ‘Love God, Love People’ (Danny Gokey), ‘Holy Water’ (We the Kingdom), ‘I CHOOSE TO WORSHIP’ (Rend Collective) and ‘Glorify’ (Jordan Feliz) all charted throughout 2019/20, and were all ‘deserving’ to be on this compilation volume. And while there were a few glaring omissions from last year’s SOZO Playlists compilation (where was the love for artists like Pat Barrett (‘Canvas And Clay’), Kari Jobe (‘The Blessing’) Hillsong Worship (‘Awake My Soul’), recent signees to Capitol CMG, Mosaic MSC (‘Fountain (I Am Good)’), Mandisa (‘You Keep Hope Alive’), underappreciated sibling quartet the young escape (‘So Alive’), even the ever-reliable Chris Tomlin (‘Thank You Lord’ or ‘Who You Are to Me’, anyone?)); SOZO Playlists: Top Christian Hits Vol. 2 was still better, in leaps and bounds, compared to 2019’s attempt at a radio-hits compilation. So, when there was an announcement of SOZO Playlists: Top Christian Hits Vol. 3; to say that I was intrigued was an understatement. Knowing the parameters (15 tracks, only from Capitol CMG- which is inclusive of Centricity Music), does this new compilation album hold up compared to last years album release? How does it compare to WOW Hits the series as a whole, dare I ask?

I will say this- to whittle a best-of-the-best from 39 tracks (on a WOW Hits Deluxe Edition) all the way down to 15 is hard though. Mind you, they’re only selecting from the pool of Capitol CMG artists, but still…it is very hard, maybe even impossible. Sure, this compilation is only from people who have signed to Capitol CMG and do not include artists from other labels like Provident, Fair Trade or WORD, but nevertheless, this 15-track listing should reflect the latest and current radio hits that Capitol CMG has to offer, right? On first glance, and if we just scan the track listing, we see the songs present here on this compilation that were in fact shoe-ins that the powers-that-be got correct- ‘Help is On the Way’ (TobyMac), ‘My Jesus’ (Anne Wilson), ‘Act Justly, Love Mercy, Walk Humbly’ (Pat Barrett), ‘Child of Love’ (We the Kingdom), ‘Good God Almighty’ (Crowder), ‘No Hopeless Soul’ (Stephen Stanley) and ‘Keep on Hoping’ (Riley Clemmons) have all charted within the last year or so, and are all deserving on this compilation. ‘Fresh Wind’, a recent song from Hillsong Worship, slips into this compilation, and while I may not have heard this song on the radio as of yet, maybe it’s because I’m not as well-versed in all things Hillsong- maybe it’s just hasn’t come on the radio in Australia yet…who knows. Nevertheless, upon first glance, the album looks decent enough. Provident Label Group are doing something similar this year with Essential Hit Songs and Essential Worship Songs…maybe Word Label Group and Fair-Trade Services can follow suit in years to come?

‘…SOZO Playlists: Top Christian Hits v.3 features an all-new collection of the best songs of the year from today’s top artists. With over 2 million fans across streaming services, SOZO Playlists is a trusted brand and market-leader specializing in expertly curated playlist collections safe for the whole family. Now you can have this expertise with SOZO Playlists: Top Christian Hits v. 3, a compilation inviting music fans everywhere to enjoy hit songs of the year from top selling Christian artists such as TobyMac, Jeremy Camp, Danny Gokey, Crowder, Chris Tomlin, We The Kingdom, and the hot break out single from brand new artists, Anne Wilson and Evan Craft! 15 explosive tracks for a low price, you’re sure to find new favorites among great songs such as “Help Is On The Way (Maybe Midnight),” “Good God Almighty,” Reaching For You”, “Child of Love”, “Out Of My Hands”, and brand new singles, “My Jesus” from Anne Wilson and “Be Alright” from Evan Craft!…’ This above is the logline about the new compilation. And even though this compilation is still reasonable, the compilation concept itself still has a ways to go. This bold assertion that this collection contains, and I quote ‘the best songs of the year from today’s top artists’ can be a little bit of a stretch if you ask me. With all the songs that are timely and fitting for this compilation, there are songs that just…not as timely, right? Or not even as popular? Chris Tomlin’s song ‘Reaching For You’ (feat. We the Kingdom) isn’t a radio single right now, is it? Shouldn’t a song like ‘God Who Listens’, ‘Good to Be Loved By You’, or even ‘I See You’ be included on this compilation instead? And as quickly released (and compelling) the new song from Danny Gokey is, surely a song like ‘We All Need Jesus’, featuring Koryn Hawthorne, would’ve been a much more suitable ‘shoe-in’ than ‘quick-to-radio’ song ‘Stand in Faith’? Jeremy Camp overall has been a fan-favourite in various WOW Hits compilations, and now in this SOZO Playlists compilation also…but even I know that ‘Out of My Hands’ is a very dated song. Maybe a song like ‘When You Speak’, a single right now, would been better placed here? I mean, where’s the love for artists like The Young Escape (‘Count on Me’), Sean Curran (‘Ways’ or even ‘Catch Me Singing’), Newsboys (‘Magnetic’), Ellie Holcomb (‘Constellations’), UNITED (new song ‘Know You Will’), Kim Walker-Smith (‘Protector’), Passion (‘Breakthrough Miracle Power’) and Rend Collective (‘Come Back Fighting’) on this compilation? Then you have no representations from Centricity Music here in this compilation (there were two Centricity Music artists present last year- Jordan Feliz and Unspoken)…so where’s Lauren Daigle (‘Tremble’), Apollo LTD (‘Sunday Mornin’ Feeling’), NEEDTOBREATHE (‘Into the Mystery’) or even new signee Brandon Heath (‘Human Nature’)? Add to the list artists from Capitol CMG which are just not present (Chris Quilala, Cody Carnes, Kari Jobe, Mack Brock, Angie Rose, Anna Golden, Alexander Pappas, Hillsong Y&F and newcomer Kevin Quinn), and you wonder who is really, really, making these compilation lists. Maybe, just maybe, compilations should just be abandoned entirely, and we as fans of CCM and music in general can make our own playlists on Spotify to our hearts content. Maybe that will solve all issues, right? Or maybe SOZO Playlists: Top Christian Hits Vol. 4 should be double disc?

I’ve said this once and I will say this again- WOW Hits was never a perfect brand, and neither is this new compilation series either. But sometimes in order to break through and prove that this compilation series is worthy enough to take notice, then hard decisions have to be made- starting with swapping out ‘Reaching For You’, ‘Stand in Faith’ and ‘Out of My Hands’ right away. Regardless of the faults, this new compilation is sure to get us buzzing, I certainly have. Then again, this new compilation is never going to make me forget WOW Hits, nor should it. Ah well, time to discover new artists within CCM a different way. Maybe I’ll just go on to my ‘Release Radar’ page on Spotify then. Regardless of opinion, the songs are good, the bold decisions of songs by Anne Wilson, Crowder, We the Kingdom, Riley Clemmons, Pat Barrett, TobyMac and Stephen Stanley are good. But if you want to have a one-stop shop for all things Christian music related for the year 2021, then this album isn’t really it- it’ll give you a very, very biased snapshot, but still, just a snapshot. Maybe you will have more luck on Spotify sifting through. Nevertheless, the album has been made. Will I buy it? Probably not. Will other people who are not in the Western world? Yes, they probably will. So let us give people and listeners what the statement on the press release for this album professes- the best of the best. Hopefully, the next volume next year can be double disc, so that the statement of ‘the best songs of the year from today’s top artists’ can be honoured and respected.

Are you going to listen to this compilation both now and into the future? Why or why not? Missing WOW Hits as much as I have? How much of the now-defunct series has influenced your life thus far? Thank you WOW Hits for the many many years, here’s hoping SOZO Playlists continue from where WOW Hits left off with as much anticipation and wonder. Well done WOW Hits for all the memories- SOZO Playlists– there weren’t that many memories made together in 2019 and 2020. Hopefully that can all change in the upcoming years ahead!

3 songs to listen to: My Jesus, Child of Love, Keep on Hoping