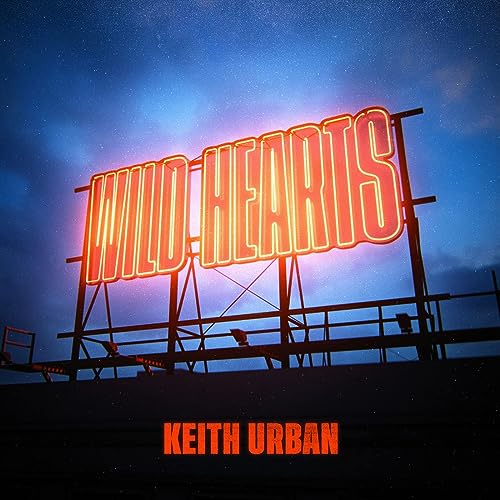 Keith Urban has been a household name for ages. Releasing music from the 2000s onward, and delivering standout songs like ‘Somebody Like You’, ‘Days Go By’, ‘You’re My Better Half’, ‘Once in a Lifetime’ and ‘But for the Grace of God’, to name a few; this country superstar recently unveiled his latest full-length album, encapsulated in the title The SPEED OF NOW Pt. 1 in 2020 (maybe that’s an indication that they’ll be a part 2, sometime in the future?). Fusing together country and pop, like he has done for quite some time, The SPEED OF NOW Pt. 1 was one of 2020’s most anticipated releases, not just in country music but in all music full stop; as Keith reminded us through the poignant melodies and songs, of the necessity of us to slow down and to re-evaluate if and when necessary. It was indeed very much needed throughout 2020, especially because of the tumultuous and uncertain time in our lives of 2020, called COVID-19. The SPEED OF NOW was an album that Keith continued to fuse together country and pop, and an album that was to be enjoyed and appreciated by anyone who enjoyed Keith’s older material of the past (myself included), or anyone who appreciated similar styled artists, like Tim McGraw, Brad Paisley; and Blake Shelton, or just anyone who loves country music, period. Now fast forward to 2021, and Keith’s album release in 2020 granted him a whole bunch of singles- songs like ‘Polaroid’, ‘One Too Many’, ‘Out the Cage’, ‘God Whispered Your Name’ and ‘We Were’. And after a period of time where the album was successful on the charts, we indeed see another offering by one of Australia’s most down-to-earth singer-songwriters have seen and heard (courtesy of The Voice Au, we can see Keith’s laid-back and respectable personality shine through). ‘Wild Hearts’ released this past week, a song that goes out to the dreamers, believers, free-thinkers, critical-thinkers, the people who drift and the people who challenge the system from the ground up.

I’ve long since been of the opinion that country music wasn’t necessarily for me. Whether it was the stereotype that all they do is sing about trucks, girls, beer and dirt roads, and maybe some country music is like that. I mean, if there wasn’t some truth to the assumption that I was believing, then I guess there would be no need for this viral video uploaded in 2013 about the state of country music at that time. Nevertheless, here we are in 2021 and a lot has changed. I’ve become much more aware of how good music is good music, regardless of the musical genre. I’ve listened to country artists like Carrie Underwood, Shania Twain, Lady A, Rascal Flatts, Lindsay Ell, Lauren Alaina, Jana Kramer, Hunter Hayes and Keith Urban, over the year, and as I’ve realised that country music has a lot more to say than I give the genre credit for, I’ve been able to enjoy music far more widely than I’ve been before. Keith Urban and his music has been on my radar for a while- so much so that I wrote about his influence in one of my blog posts in early 2020– and so once you all have finished reading (or at least glancing) through the post, we can see that Keith’s music has been challenging people over the years, inclusive of mine. 2020 delivered Keith’s next album in The Speed of Now Part 1, and garnered praise and criticism from both listeners and critics alike, and while many praised the efforts of Keith as he traversed the line of pop and country with such grace and respect, others saw the deviation from country to pop as some kind of travesty. For me, I’m ok with both pop and country coming from Keith, and while I know he won’t do a dramatic 180 degree change and go full pop (like how Taylor Swift did between the albums of RED and 1989), I can still see where people are coming from, those who may not necessarily appreciate the genre in which he’s going towards, especially in this new song ‘Wild Hearts’. Nevertheless, the song, and most of Keith’s recent discography in general, is a must if you’re a fan of country music, or a fan of Keith’s music of the past, or if you enjoy EDM or pop…or how about a combination of all these options!

Keith has been around for ages. And maybe he’ll continue to be. But regardless of what happens because of this coronavirus season, one thing is true, that music can still be active and changing people’s lives, long after the artist is active in the industry- it is true of artists like The Beatles, Queen, The Beach Boys and The Bee Gees; and it’ll be certainly true of Keith’s music, when all is said and done. ‘Wild Hearts’ is a country-pop fusion, which is different from his early, early material, and maybe that’s ok- the country undertone is a-little-bit-back compared to a lot of the material on The SPEED OF NOW Pt. 1, but even still, there’s still a lot of pop-synth production present. And because of this, some country purists can object to some kind of genre-shift like this. And maybe they’re right. But what we know is this- Keith’s ability with the guitar, and his hear behind these songs, will always win out in the end. ‘Wild Hearts’ is catchy, an energetic country-pop song that is an anthem for all the ‘lost’ people, the people who the world seems to cast aside for whatever reason. Maybe they’re a little different, maybe they’re ‘nerds’, or maybe they just believe in something much more ‘grand’ and ‘lofty’ than the general population do. Whatever the reason it is for someone to feel as though they are a misfit…this song goes out to them.

‘Wild Hearts’ is a reminder for us all that it’s ok to be different, it’s ok to stand out and not fit in. Because at the end of the day, it is the creators, the pioneers, the entrepreneurs, the creatives, that often change the world, and they are the ones that seemingly get laughed at when they’re younger, as they are ridiculed for being ‘unique’, maybe even a little quirky. All in all, ‘Wild Hearts’ is a challenge for each of us to look inside ourselves, to see what aspects of our life are the same as everyone else’s, and which ones are different. Do we always need to go with the flow all the time, or can we not conform to society and stand out for all the right reasons? Keith’s song asks these questions whenever we do look a little deeper and delve into the lyrics, and if a song by a country artist like Keith can allow us to see if there’s things about ourselves that we need to change or stay the same, then the song has done its job. Keith’s music has inspired so many people in albums past, and this new song is no different. Well done Keith for such a down-to-earth track about championing the people that often get cast aside in the general pitfalls of life. Hoping that people are impacted by the song in the upcoming weeks and months ahead!