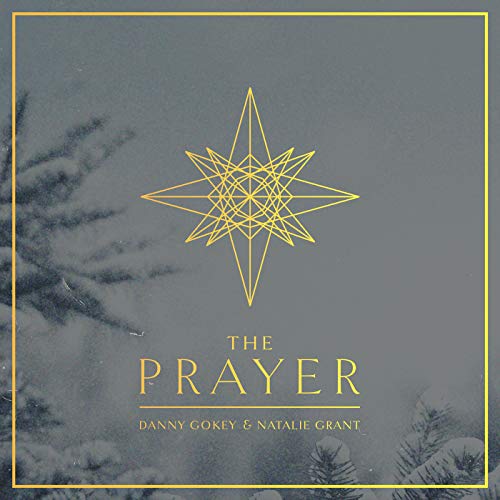 Let me start by just saying one thing. And that is this- if you haven’t heard of “The Prayer”, then I think you probably should look at yourself in the mirror and ask yourself why. Because there really isn’t a reason why you shouldn’t be familiar with probably the most iconic and popular song there ever has been. So, I’d say it’s time to rectify that situation. “The Prayer” is one in a million, and even if you do not like music in general, even if you do not like classical music, and even if you do not like the music of Celine Dion and Andrea Bocelli (the original artists!); I guarantee you will love this song. Even if you aren’t a Christian, and even if you aren’t a fan of Spanish music (of which a substantial number of lyrics are sung in Spanish!), I’d still say that “The Prayer” will offer something of value to you. The song has been covered plenty of times, and I am sure will be many more times as well.

Today I was introduced to one such cover the “The Prayer”- Danny Gokey and Natalie Grant’s cover; via one of the Spotify playlists that I listen to (I think it was a Daily Mix or Release Radar…). And because I knew of the powerful and impacting original, I knew that this rendition would be awesome. In a way, it is. Danny and Natalie eloquently deliver all of the lyrics with passion and zeal, while singing together beautifully in harmony also. Technically there’s nothing wrong with this track, as both vocalists sound sublime as I am transported to a magical place where nothing else in this world matter except for the out-of-this-world and heavenly vocals declaring ‘…let this be our prayer, when we lose our way, lead us to a place, guide us with Your grace, to a place where we’ll be safe…’; a sentiment that I forever impacted and captivated by. Yet for all that is right with the track, there are a couple of issues- mainly that the song is quickened and over in a very short 4 minutes as opposed to the 6 minute epic and anthemic original (maybe for radio marketability) meaning that the song doesn’t have room to build and build; as well as the song now being sung mostly in English, which in my opinion ‘ruins’ the song a little. However, despite these two shortcomings, “The Prayer” is nonetheless still a song for this generation, particularly a generation that is becoming less and less religious.

While “The Prayer” is a collaborative effort, it isn’t known whether the song would be present on either Natalie Grant’s or Danny Gokey’s new studio albums, both of which are releasing sometimes next year. Yet in some ways it doesn’t really matter at all. This single- this cover of a well known melody has the heart, the magic and the star power to do well, either at radio or in people’s lives. So let us sit back and listen to a thoroughly enjoyable track as we let God minister to our souls. Well done Danny and Natalie, both of you should be proud of yourselves! Can’t wait to hear both of your new albums in the near future!