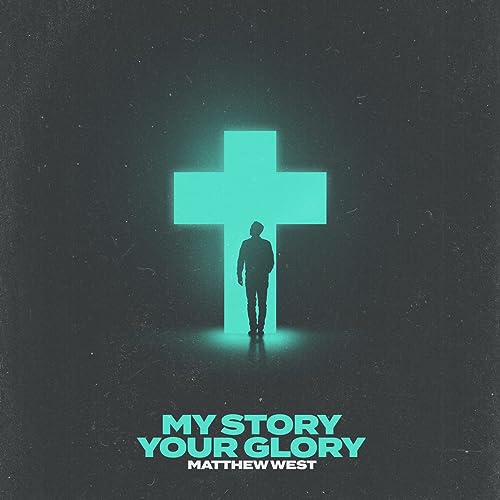 Over the past few years, I reckon one of the artists who has inspired me and impacted me immensely, is CCM artist Matthew West. Known for his singles “The Motions”, “More”, “You Are Everything”, “My Own Little World”, “History”, “Only Grace”, “The God Who Stays”, “Forgiveness”, “What If”, “Truth Be Told”, “Hello My Name Is”, “Day One”, “All In” and “Broken Things” to name a few; Matthew has also won and been nominated for Grammy Awards and Dove Awards. He’s also the host of The Matthew West Podcast; and he’s been reminding us all, time and time again over the years, about the power of a story. Since 2010, Matthew has been writing songs about his listeners and the stories they’ve been going through. The result has been a career that has been improving exponentially by the album. I’ve blogged about Matthew here, while Jon has also reviewed Matthew’s 2020 album Brand New. We’ve also voiced our opinions about Matthew’s latest singles “What If” (with Lathan Warlick) and “Truth Be Told” (with Carly Pearce). Matthew has also released his Christmas album We Need Christmas last year; while Matthew released brand new singles this year that we’ve reviewed: “Me On Your Mind”, “Wonderful Life”, “Before You Ask Her”, “How Good Of God”, and a new rendition of “Me On Your Mind”- a collaboration with CCM/country rising star Anne Wilson. But now? Guess what? Yep, it’s time for Matthew to add to his many new single releases from 2022. This past week, he just unveiled a new song in “My Story, Your Glory”… and don’t you think an album is coming this year or next year? “My Story, Your Glory”, is a powerful, comforting, inspiring and encouraging melody about our lives being the stories that God uses to draw others closer to Him; and I firmly believe that this song may be Matthew’s best of the year!

After spending a lot of my career getting to know all of you and your stories, I wanted to find a way to capture that. I love writing songs about the people I’ve met that have impacted me along the way, and the final result feels like the statement of what so much of my career has been about.

The songs I’ve written, the stories I’ve shared, the lives I hope to touch in this lifetime. They’re all for You, not for me.

“My Story, Your Glory” is a song from an unnamed album set to be released sometime this year, or even next year. “My Story Your Glory” harkens back to Matthew writing songs from listeners’ stories (The Story Of Your Life, Into The Light, Live Forever, All In), and delves deep in to the concept of Matthew’s life being richer and fuller because of this journey. With Matthew acknowledging that everything he does is for God’s glory and not for his own material gain, he vibrantly declares that ‘…the story of me was a story of shame, wrong turns written on every page, so many parts that were so messed up, but I love the part where You showed up, rewriting my past, rewriting my hurt, line by line, word by word, and now my story is livin’ proof, there’s not a chapter that you can’t use…’, and delivers probably his most vulnerable song since “Broken Things” from 2017. As we are presented with a comforting and powerful track; this song is a song that is simple yet equally profound in its concept- that Jesus uses our stories and Jesus shows up in our lives in ways we wouldn’t even expect or fathom.

With a new album releasing possibly sometime this year (or maybe next year?) (right now comprising of 6 new songs already, and counting!), Matthew West remains to be one of today’s most inspiring and relatable artists. And his timeless songs are proof of this impact and influence; while “My Story, Your Glory” is a timely, powerful, and joyous melody to hear about God’s faithfulness in our lives. Well done, Matthew, I can’t wait to hear what God has in store for you next! Are you all a fan of Matthew West yet? No? Well then listen to this song and the rest of his discography! I guarantee it you’ll be a fan by then!