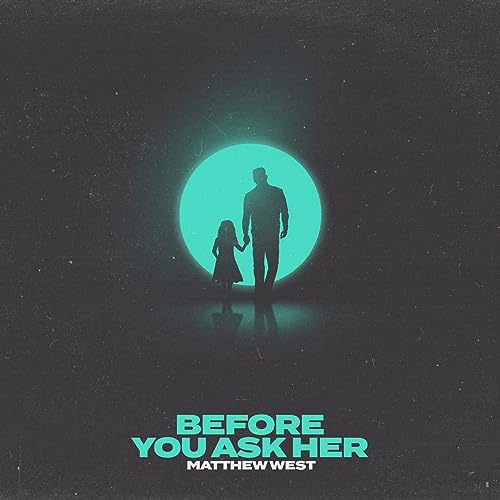 Matthew West – Before You Ask Her – Single (Amazon mp3/iTunes)

Matthew’s been at it in the music industry for quite some time, and we as a site have been covering all things Matthew here. We even wrote a blog post not too long ago about his impact and influence on the music industry as a whole, along with single reviews of his songs ‘Me On Your Mind’ and ‘Wonderful Life’. We wrote a review on Brand New, his Christmas album We Need Christmas, as well as his standout singles ‘What If’ and ‘Truth Be Told’, with Lathan Warlick and Carly Pearce respectively. He’s just been a guy that’s been as unassuming as you can get- writing songs about other people’s experiences, all the while, reminding us to find each of our own personal moments in these songs that are just for Matthew as it has been for each of us that have journeyed with him all these years. It is in the process of writing not just for himself, but for others, that has made his decision when he started writing songs based off other people’s experiences from from 2010 onward, one of the most impactful and revolutionary things to happen in CCM, in a long, long time. Now Matthew has given us another reason to be joyous and excited about his music- another song, most likely from a forthcoming project either later this year or next year.

‘Before You Ask Her’ released this last Friday; and is by far one of the most emotive and vulnerable songs he’s written ever since ‘Truth Be Told’. Just in time for Father’s Day (in the U.S.) and inspired by his two daughters, Matthew’s song tells of a persona (in said song) wanting to date his daughters (whether the song is autobiographical or not, it remains to be seen), and him being the dad, giving this persona some advice before dating is to even occur. A song that highlights the fact that in this day and age of hookups, casual dating, and swapping partners, that chivalry, respect, and honour are things that need to happen in the lives of young people (men especially); ‘Before You Ask Her’ encourages listeners to take stock, and ask themselves these poignant questions before you ask someone out on a date- ‘…will you hold the door? Be polite? Pick up the tab? And treat her right? Have her home by ten and not a minute after? Will you take it slow when it comes to love? Let a goodnight kiss be far enough and treat her with respect? ‘Cause that’s what’s matters, oh, I guess you got some things to ask yourself before you ask her…’ It’s a song that makes us realise that we as men of God need to take the lead and respect the people we date, even if this culture assumes us to do the opposite before of this narrative that says that ‘that’s what men do’. We as men of God need to prove society wrong, that treating girls with respect and dignity is the way to go, even if everything else in society is telling women, that men acting like sleazeballs is the unfortunate norm. ‘Before You Ask Her’ challenges young men of God to step up to the plate and act mature, respectful, and graceful, because if we don’t, then who will? Well done Matthew for this emotive and heartfelt song. Looking forward to whatever the next album produces, and if it’s anything like ‘Me On Your Mind’, ‘Wonderful Life’ and ‘Before You Ask Her’, then this album will be one of the most anticipated albums for the remainder of 2022.

‘…I always say that there’s a piece of my girls in every song I write. But some songs hit even closer to home for me. This is one of those songs. God blessed me with two daughters, and while I’m far from a perfect parent, this song represents my heart for my girls and my prayer for the kind of man they deserve in their lives someday. Someone who will, as the song says, “always let her know that her voice matters.”…’