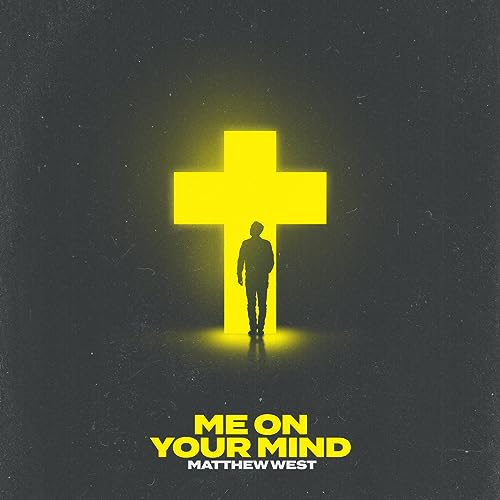 Matthew West– Me On Your Mind (Single) (Amazon mp3/iTunes)

Over the past few years, I reckon one of the artists who has inspired me and impacted me immensely, is CCM artist Matthew West. Known for his singles “The Motions”, “More”, “You Are Everything”, “My Own Little World”, “History”, “Only Grace”, “The God Who Stays”, “Forgiveness”, “What If”, “Truth Be Told”, “Hello My Name Is”, “Day One”, “All In” and “Broken Things” to name a few; Matthew has also won and been nominated for Grammy Awards and Dove Awards. He’s also the host of The Matthew West Podcast; and he’s been reminding us all, time and time again over the years, about the power of a story. Since 2010, Matthew has been writing songs about his listeners and the stories they’ve been going through. The result has been a career that has been improving exponentially by the album. I’ve blogged about Matthew here, while Jon has also reviewed Matthew’s 2020 album Brand New. We’ve also voiced our opinions about Matthew’s latest singles “What If” (with Lathan Warlick) and “Truth Be Told” (with Carly Pearce). Matthew has also released his Christmas album We Need Christmas last year; but now it’s time for Matthew to release something new in 2022. His brand-new single “Me On Your Mind” dropped to stores today… and boy, is this inspiring melody one of the year’s best songs so far!

Have you ever read a scripture and felt like God was speaking directly to you? I have, and that was the inspiration of ‘Me on Your Mind.’ I read the story of the thief on the cross- finding forgiveness in his last breaths, and the story of the prodigal son being welcomed back home into the arms of a waiting father, and my heart flooded with this feeling that those stories apply to me.

The powerful words written in Psalms 8 sum up the heartbeat of Me on Your Mind. “When I consider Your heavens, the work of Your fingers, the moon and the stars, which You have set in place, what is mankind that You are mindful of them, human beings that You care for them?” It’s the amazement that the Creator of the universe, the King of the world, would give one single thought about me that touches my heart on a deep, deep level. God used the process of writing this song to bring me to a deeper understanding of the heart of my Heavenly Father, and I’m praying it will do the same for all of you.

Presumably from an unnamed album set to be released sometime this year, “Me On Your Mind” is pure CCM pop, but the lyrical genius from Matthew and his song writing prowess, make this melody one of the best CCM songs recently. With the track being a prayer of gratitude, thanking God for having us all on His mind at all times; “Me On Your Mind” highlights just how special and precious we each individually are to the heart of the Father. As Matthew passionately and eloquently reiterates the eternal truth that ‘…You paid the price, You took the cross, You gave Your life and You did it all with me on Your mind…You’re preparing a place where the sorrow’s erased, and when I stand before You, I’ll find- all along, it was me on Your mind…’; we are presented with a comforting and sobering track- a track that is simple yet equally profound in its concept. That Jesus loves us all immensely, and when He died and rose again, it was with each one of us on His mind.

With a new album releasing possibly sometime this year, Matthew West remains to be one of today’s most inspiring and relatable artists. And his timeless songs are proof of this impact and influence; while “Me On Your Mind” is a refreshing, revitalising, powerful and joyous melody to hear- that God has us all on His mind, especially in 2022 with Omicron still lurking about. Well done Matthew, I can’t wait to hear what God has in store for you next! Are you all a fan of Matthew West yet? No? Well then listen to this song and the rest of his discography! I guarantee it you’ll be a fan by then!