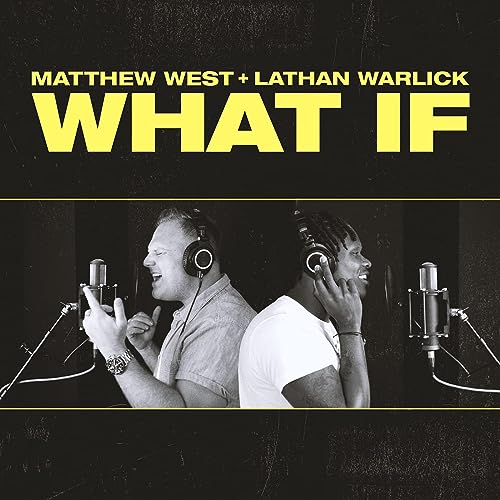 Have you ever wondered what if? What if we were living for a better future instead of living from day to day? What if we listened more to what God has been speaking to us instead of drowning our ears and eyes with mindless entertainment? Sure we can speak about regrets and different choices and things like that- and all of those concepts about changing one thing about our lives are beautifully explored in the Marvel animated TV series What If…?; but for a song that is ore of substance and speaks about things eternal, but also touches upon the topic of regrets and ensuring that we are indeed living life to the fullest and ensuring that we are actively living instead of just passively coasting through life… then let’s look no future than Matthew West’s latest single “What If”. Jon reviewed the single here (and the song is also talked about in Jon’s review of Brand New!), but recently Matthew released a new collaboration of this song. This time with up-and-coming rapper Lathan Warlick.

An artist who recently was interviewed by Matthew on Matthew’s podcast, Lathan isn’t that well known. He’s not popular nor influential. But Matthew has seen something in this young man, and has invited him to rap on the song. And the end result is a near-masterpiece and an elevation of an already through-provoking melody. The nuts-and-bolts- the lyrical themes of the song, have already been discussed by Jon; but I reckon that the song needs to be heard more than ever before. Sure, we can meander through life, but if we’re always wondering ‘what if’, then what’s the point? And as Matthew fervently relays ‘…what if today’s the only day I got, I don’t wanna waste it if it’s my last shot, no regrets in the end, I wanna know I got no what ifs, I’m running till the road runs out, lighting it up right here right now, no regrets, in the end, I wanna know I got no what ifs…’ and Lathan eloquently rapping that ‘…I can’t be takin’ what’s going on for granted, and when it get hard you won’t see me panic, went through the storm and came out with scars, but you don’t see me with no permanent damage, yeah this life is like a vapor, so go ahead and take advantage, of what’s goin’ on now, while you still got time to manage…’; I guess there’s no more that needs to be said about Matthew West’s latest single. “What If” is bound to take the world by storm if it hasn’t already, and I reckon Lathan will be one of tomorrow’s rising stars. Well done Matthew and Lathan for a stirring collaboration and I can’t wait to hear what’s next in store for both of you!