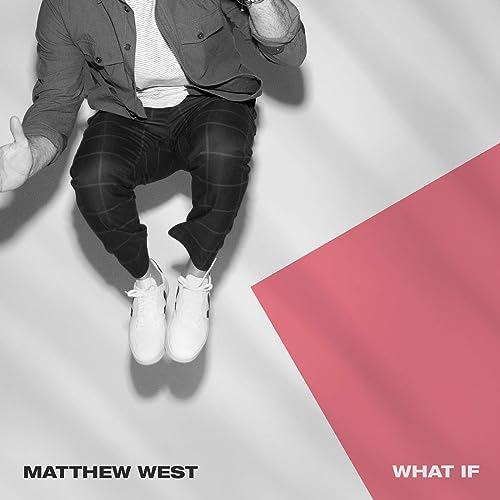 Matthew West, dare I say it, is perhaps the closest there is to a modern-day version of Steven Curtis Chapman. That’s my opinion- others may disagree, and that’s fine. But for me, ever since Matthew has undertaken what I reckon is one of the most selfless acts in CCM- writing music not based on your own experience but based upon others- fans to be exact; I’ve had much more admiration and respect for what he’s doing, something that I reckon the CCM community of music should decide to invest in moving forward- writing songs, not just on the experiences of the writer (that can happen too), but rather, place their own feelings and what they could think, in someone else’s head for a moment, and write from their point of view. If CCM as a whole did much more of that- writing about someone else other than themselves, there’d be much more humility, and less rash judgements- and where I see the most judgements from is yes, the CCM community. So for Matthew to write not for himself but for others is refreshing to see. He’s built most of his career- 2010 onward, on this structure, and as he’s entering his new season on Provident Label Group, his first two offerings on this new label, first ‘The God Who Stays’ and now this new song ‘What If’, are as relatable as ever. While Matthew hasn’t released anything new since his 2017 album All In, maybe both ‘The God Who Stays’ and ‘What If’ are songs from his new album, and if that is the case, then a very poignant and heartfelt album it will be.

‘What If’ released digitally at the end of September 2019, and with a generic title, one can be forgiven to think that this can be a run-of-the-mill CCM melody. But with Matthew West, nothing is ever run-of-the-mill- think of songs like ‘The Day Before You’, ‘The Motions’, ‘Do Something’, ‘Live Forever’ and ‘Mended’, and you see what I mean. So even a generically titled ‘What If’, we know is going to be good, right? Most definitely! The song itself is a powerful reminder of not having regrets before the time here on earth has ended- and with motifs and metaphors that harken back to Back to the Future (arguably one of my favourite trilogy movies ever!), Matthew timely gives us a reality check in the chorus as we’re confronted with the lines that ‘…what if today’s the only day I’ve got, I don’t wanna waste it if it’s my last shot, no regrets in the end, I wanna know I got no what if’s…’ Sobering, right? We all have a finite amount of time here on earth, before we are either in heaven or hell. Our time here as we know it is limited, and so the saying ‘no regrets’ definitely applies here. For to have regrets means to have resentment, bitterness, anxiety, worry, lament and wishing upon the good ol’ days, things that are most certainly not healthy for us. A reminder to seize the day (or in latin, carpe diem) and to make the most of the days we have while we still have them, this fun-filled emotional song is one of my favourite’s from Matthew, and is fast becoming, alongside both ‘The God Who Stays’ (also by Matthew) and ‘Greater Than All My Regrets’ (Tenth Avenue North) as some of my favourite songs of 2019 thus far!

‘…this is a song about taking chances, about living life to the fullest, about chasing what really matters so that you don’t look back with regret asking yourself ‘what if?’ I had some fun with these lyrics. So much of the song is about not being able to go back and make different choices. I had to reference one of my favorite movies growing up, ‘Back to the Future’. That’s why you hear a reference to the iconic time travel machine, the Delorean, and why it’s the theme of the lyric video. Knowing that we can’t go back and re-live our yesterdays should motivate us to make the most of our todays…’ And it is with this quote that I leave this ‘review’, and remind us all to never waste the days away, because they are as precious as they come. God knows the days we live, and while our lives as a whole can often be a mystery to even us, the people living it, what we do know is this- life is meant to be lived to the full, and living life with no regrets is how it should be done. Well done Matthew for such a powerful and emotional song, and one that I’m sure will touch lives and impact people in the upcoming months ahead. Can’t wait to the forthcoming album, whenever than may be!