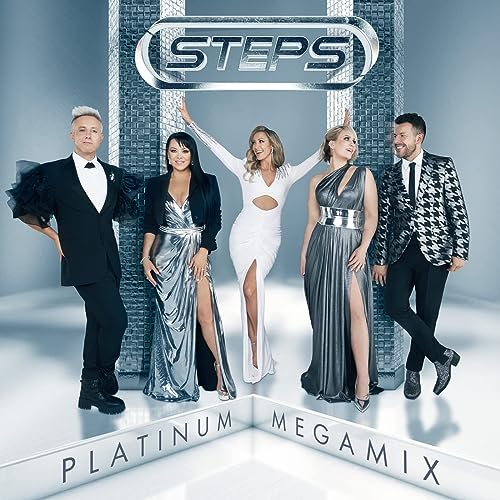 Boy-bands. Girl-groups. Vocal groups. Bands where the members don’t play any instruments and share vocals instead. These days people who sing together in perfect harmony; well, they seem to be extremely popular within the past few years, or maybe even the past decade. Bands like One Direction, Little Mix, Pentatonix, Fifth Harmony, Westlife, Backstreet Boys, *NSYNC, Spice Girls, Girls Aloud, The Saturdays, The Jackson 5, New Kids On The Block, Blackpink, BTS, The Pussycat Dolls, and Destiny’s Child to name a few (or to name a lot!), are just some of the high profile groups over the years to capture the attention of a few of us, or many of us; as we are introduced to a whole new brand of pop. In the past, I haven’t been actively listening to optimistic, positive music, that girl groups and boy bands mostly record. Aside from CCM I was very sheltered.

However it is through Jon’s and my blog series in 2019, that I started to branch out and listen to all types of music; pop music and vocal groups being one type of music I eventually explored deeply. And what I found out, was that bands like One Direction, Little Mix, Pentatonix, Spice Girls, Destiny’s Child, and others; these bands provide to me a sense of peace, calmness, serenity and comfort, on maybe a different level to any other type of genre. Sure, Christian pop and worship will always resonate to a greater extent than any other type of music- particularly because I am a Christian and I will always gravitate to music that praises Jesus’ name. But pop music with the emphasis on multiple vocalists; they’re something special. The way different singers blend their vocals together; that’s a skill that I admire probably second to beatboxing. And though girl groups and boy bands and vocal groups can come and go, can last a long time, or can sometimes quit after the first album; there is one artist whom I stumbled across last year, who has impacted me greatly, who has flown by under the radar, and who is extremely underrated. There is a band who has inspired me and encouraged me immensely, whom I reckon should be more popular than they already are. British pop/dance group Steps (present in our honourable mentions post in our blog series!) have recorded music since 1997, and with a 12-year hiatus in the middle and now the group being stronger than ever vocally (essentially a 17-year hiatus if you discount the Christmas album in 2012!); the underrated dance pop quintet are ready to recapture the world by storm and to show us that you’re never too old to make a comeback.

It blows my mind. It’s been 10 years. This period, since the reunion, has lasted longer than the first time Steps were together. People don’t realise that. There seems to be so much love for Steps, it’s great to be a part of it. It was over, and we didn’t think we’d get a second opportunity to be a pop star, sell out arenas and release new albums. I see it as a huge bonus. What we achieved the first-time round was amazing, but I just feel like we’re going from strength to strength. We’re so blessed.

We’re very grateful and really enjoy getting our teeth into everything now. The styling, the production of the live shows, the videos; we can fully immerse ourselves because we feel really lucky to still be here. We want to deliver something exciting for us, for job satisfaction, but also something amazing for the fans. It’s a huge, huge thank you to the people keeping us here and those rediscovering us.

We haven’t got plans to stop; we’ve not had that conversation at all. It’d be nice to have a rest because we’ve all got businesses and other projects. Steps is a part of people’s lives now, and we really love that. Even if you don’t see us on screen, there’s always something cooking behind-the-scenes. If you don’t see us together, it doesn’t mean we’re not talking. It means we’re cooking something up. In the kitchen.

Claire Richards, Lee Latchford-Evans, Lisa Scott-Lee, Faye Tozer and Ian “H” Watkins are the members of Steps, and you can read about the group (and the individual members, on their own Wikipedia pages. I won’t go deep into any of these members (because there is a lot to cover), but prior to mid-2020, I hadn’t heard of this underrated ABBA-meets-Westlife-meets-Spice Girls group. It was only when I was surfing the pre-order sections of my Apple Music account one day last year that I stumbled across the pre-order for the 2020 album What The Future Holds. With the band then releasing the album in November 2020, I found myself captivated, transfixed, and enthralled by one of the most underrated pop albums of the last decade. We wanted to review the album for our site, but we never did. But when Steps went one step further this year, and unveiled a sequel album called What The Future Holds Pt. 2, I knew I had to review both of these albums. If there is one album that you all need to buy or check out from 2021… then THIS (both volumes of What The Future Holds) would be it. If you do not know anything about Steps, like myself not too long ago; then both What The Future Holds and What The Future Holds Pt. 2 would be the perfect place to start. You can read the review for the album here.

Yet as much as I loved both albums of What The Future Holds and What The Future Holds Pt. 2; this upcoming August is when Steps will release probably their most impacting and powerful album yet. The Platinum Collection is a greatest hits release of 43 tracks including remixes and radio edits and new songs. It’s the one stop shop for all things Steps, and an album that I encourage you all to buy. And in preparation for this release, the group unveiled a single-only release this past week- a megamix called “Platinum Megamix”. A ‘song’ that is around 7 and a half minutes, and including snippets and excerpts of songs like “One For Sorrow”, “It’s The Way You Make Me Feel”, “What The Future Holds”, “5 6 7 8”, “Deeper Shade Of Blue”, “Scared Of The Dark”, “Something In Your Eyes”, “Neon Blue”, “The Slightest Touch”, “Stomp”, “Summer Of Love”, “Heartbreak In This City” as well as the Bee Gees cover “Tragedy”, this 7 minute medley is a sentimental and nostalgia trip for any Steps fan! Even for the casual fan like myself, this melody will make you a Steps fan!

We cannot believe this year marks our 25th anniversary! Someone recently mentioned that the latest era of Steps has actually now outlasted our original run which was a delightful surprise. This anniversary marks the perfect moment to take a look back at everything we’ve achieved as a band.

We realised that we’ve released a full three new studio albums since our last Greatest Hits so it felt like time to combine all our hits on one package. We’ve recorded two brand-new tracks for the album and presto, The Platinum Collection was born. It was such good fun listening back at 25 years of our songs and we hope you enjoy this trip down memory lane as much we did.

With “Platinum Megamix” being an incomplete yet still impacting and powerful medley of Steps’ greatest hits; The Platinum Collection– a collection of radio-edit studio tracks and rarities, to me, is well worth every one of you buying these albums. Steps is not that well known, nor popular, nor influential. But they have proved to us in these songs that friendship and the love of music can last a lifetime, and that a truly timeless artist gets better with age and with experience. It isn’t known what will happen in the future- whether Steps will record another album or not, particularly because each of the 5 vocalists are still embarking on solo careers and other endeavours. But as long as these five individuals stick together and continue as a band; then I’d say we should continue to check out this underrated group, because they have so much to say. Sure, more often than not, these songs are about relationships… but when you’re in a pandemic that isn’t going to end any time soon, why not listen to some songs about the positive and optimistic aspects of life? Well done, Claire, Faye, Lee, Lisa and H! I can’t wait to hear what God has in store for you all next!