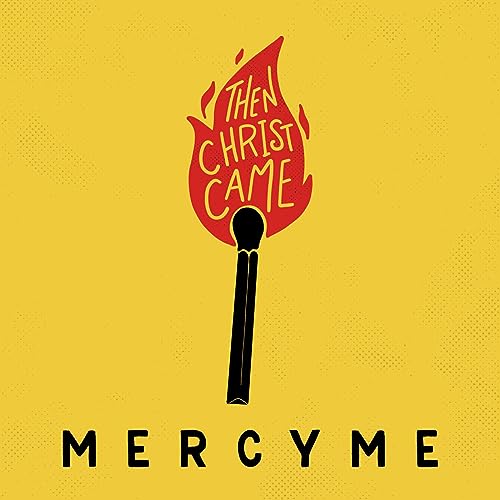 MercyMe are icons within Christian music. They just are. With their chart-topping song ‘I Can Only Imagine’ being the most #1 song of the 2000s, this five-piece with singer-songwriter Bart Millard at the helm, reminds us that CCM is not dead, that Christian music can still be good as it can also be ‘radio friendly’. A movie was made about Bart’s life in the 2018 biopic I Can Only Imagine, while we as a site reviewed not only the movie, but also their most recent album, 2021’s inhale (exhale)…these guys came agonisingly close to us writing about the band in our blog series about impactful and influential artists- ultimately, we wrote about Casting Crowns and Newsboys instead, but let me just say, that these men from Oklahoma are no joke. There’s nothing cookie-cutter about MercyMe, and evidenced by their songs and singles ‘I Can Only Imagine’, ‘Shake’, ‘Say I Won’t’, ‘Almost Home’, ‘So Long Self’, ‘You Reign’, ‘Even If’, and ‘Bring the Rain’ (to name a few); Bart and co. and their music, has reminded listeners over the years, of the joys and pains, and ultimately the peace that comes, from living a life for the Lord and His glory (and ultimately our good). With the band still riding high from their success of inhale (exhale), MercyMe are at it again, this time releasing ‘Then Christ Came’, originally a demo track released in part on their most recent studio album, under the title ‘Then Christ Came (demo)’. Back when we reviewed the album, we said this about the song- ‘…the too-short 55 second demo “Then Christ Came” should definitely be recorded as a full length song for maybe their next album, or even for another artist, with Bart passionately delivering a future modern hymn…’ Now around a year later, we see our ‘wish’ come true- ‘Then Christ Came’ is now a full-fledged song…and it was definitely worth the wait.

There’s nothing much to be said about the song, that the song doesn’t say for itself. A song about Christ coming into our lives and nothing ever being the same as a result of that drastic and life-altering change, ‘Then Christ Came’ is simply put, but also profoundly impacting as well. As written very well in a recent press release for the song, we see that, ‘…Two years in the making, “Then Christ Came” was originally slated for MercyMe’s 10th studio album, “inhale (exhale).” However, frontman Bart Millard and his co-writer, David Leonard, didn’t finish the track in time. Yet, knowing it was already a special song, the band included a brief, incomplete demo of the chorus on their latest project. Recently, Millard revisited the lyrics and finished the song with friends Jason Ingram and Phil Wickham…’ While originally for the band’s most recent album, this newly completed song could potentially be single #1 for the band’s next upcoming album, whenever that may come. Well done Bart and co. for ‘Then Christ Came’. A new album in the future…soon? Hopefully. Maybe. Till then, let’s listen to this song again, and remind ourselves that ‘…then Christ came, changing everything, He took my sin and shame away, now every song I sing will be for Him, ever since the moment He walked in, then Christ came…’

‘…we are just so excited with how it turned out. Sometimes we over-complicate things trying to come up with new, creative ways to sing about Jesus. But the message of this song is simple in that it’s about who I was before, and then Jesus showed up, and now everything has changed. We love how it turned out and hope you like it, too!…’