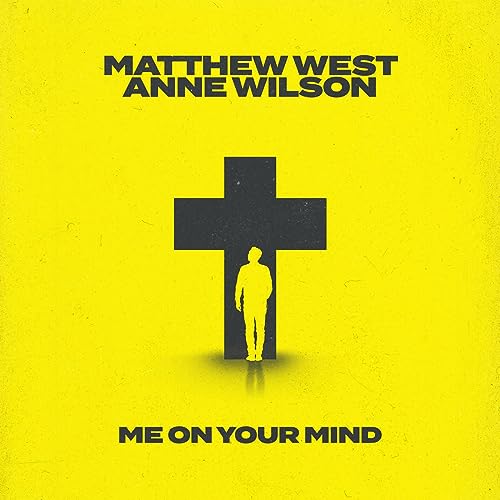 Over the past few years, I reckon one of the artists who has inspired me and impacted me immensely, is CCM artist Matthew West. Known for his singles “The Motions”, “More”, “You Are Everything”, “My Own Little World”, “History”, “Only Grace”, “The God Who Stays”, “Forgiveness”, “What If”, “Truth Be Told”, “Hello My Name Is”, “Day One”, “All In” and “Broken Things” to name a few; Matthew has also won and been nominated for Grammy Awards and Dove Awards. He’s also the host of The Matthew West Podcast; and he’s been reminding us all, time and time again over the years, about the power of a story. Since 2010, Matthew has been writing songs about his listeners and the stories they’ve been going through. The result has been a career that has been improving exponentially by the album. I’ve blogged about Matthew here, while Jon has also reviewed Matthew’s 2020 album Brand New. We’ve also voiced our opinions about Matthew’s latest singles “What If” (with Lathan Warlick) and “Truth Be Told” (with Carly Pearce). Matthew has also released his Christmas album We Need Christmas last year; while Matthew released brand new singles this year that we’ve reviewed: “Me On Your Mind”, “Wonderful Life”, and “Before You Ask Her”.

But now it’s time for Matthew to release something new in 2022. We will review his new single “How Good Of God” in a few days or weeks… but I just had to skip over that one to speak about Matthew’s collaboration with up and coming country/CCM singer Anne Wilson, on their brand new version of “Me On Your Mind”. And boy, is this inspiring melody still one of the year’s best songs so far!

I’ve written a lot of songs these past couple of years with my friends Anne Wilson and Jeff Pardo for Anne’s debut record. Together we’ve experienced a special creative connection that’s not always easy to find. I had this idea for a song called ‘Me on Your Mind,’ that was rolling around in my head the whole time we were writing another song one day.

As we finished that song and Anne began heading for the door, I told them about this other idea. She sat back down, and we wrote a song that makes me cry every time I sing it! It was only fitting to put a version out featuring my friend, collaborator, and incredibly talented young artist, Anne Wilson. I am so excited for people to hear her voice on this!

Presumably from an unnamed album set to be released sometime this year, “Me On Your Mind” is pure CCM pop, but the lyrical genius from Matthew and his song writing prowess, as well as Anne’s presence on this melody, make this track one of the best CCM songs recently. With the track being a prayer of gratitude, thanking God for having us all on His mind at all times; “Me On Your Mind” highlights just how special and precious we each individually are to the heart of the Father. As Matthew and Anne sing together in near-flawless harmony, and passionately and eloquently reiterate the eternal truth that ‘…You paid the price, You took the cross, You gave Your life and You did it all with me on Your mind…You’re preparing a place where the sorrow’s erased, and when I stand before You, I’ll find- all along, it was me on Your mind…’; we are presented with a comforting and sobering track- a track that is simple yet equally profound in its concept. That Jesus loves us all immensely, and when He died and rose again, it was with each one of us on His mind.

With a new album releasing possibly sometime this year (or maybe next year?), Matthew West remains to be one of today’s most inspiring and relatable artists. And his timeless songs are proof of this impact and influence; while “Me On Your Mind” is a refreshing, revitalising, powerful and joyous melody to hear- that God has us all on His mind, especially in 2022 with Omicron still lurking about. Well done, Matthew, I can’t wait to hear what God has in store for you next! Are you all a fan of Matthew West yet? No? Well then listen to this song and the rest of his discography! I guarantee it you’ll be a fan by then!