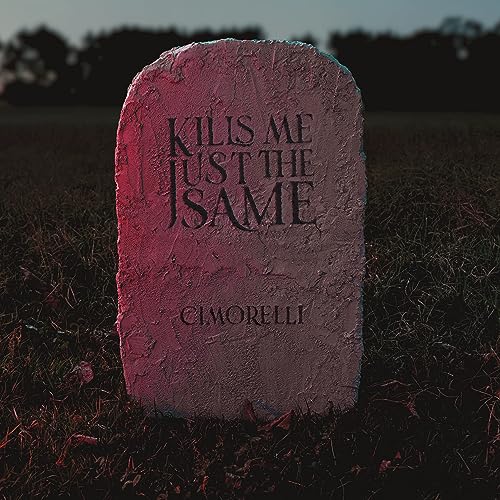 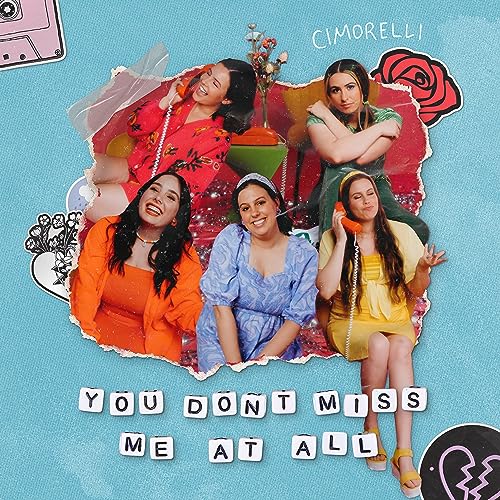 Cimorelli, oh Cimorelli… is there anything we’ve said about this band that needs to be said again? The six sisters Christina, Katherine, Lisa, Amy, Lauren and Dani Cimorelli, from El Dorado Hills, California (well… 5, because Dani left the band in 2020!)? If you’re an avid reader of our site, then you’ve probably read every post about the six sisters… and you might be thinking that a review like this- ‘yet another review of Cimorelli!’- can seem like overkill. And yes, you may be right. From the outside perspective, it could seem like we’re so intensely following the band that it’s creepy and borderline obsessive? … However, let me just say that because the six sisters have played a massive part in both of us leaping out and investigating mainstream music, and hence enjoying tracks we’ve never hear in a million years…well it stands to reason that we’d always have a place for Cimorelli in our hearts! You may think that’s weird, but that’s the way it is, no need for any further reasons.

I’m not going to dive into the girls’ history nor their discography. You can peruse our site to read our reviews on Alive, Sad Girls’ Club, I Love You Or Whatever, Here’s To Us, Guess Who’s Singing, and Christmas Lights; and you can also check them out on Wikipedia. Jon’s also blogged about Cimorelli as being one of the most influential artists of all time; while I did briefly speak about season 1 of their podcast here (which is on YouTube in full, as opposed to subsequent seasons being split on YouTube and Patreon!). There is so much you can read about the group, about these young women who have influenced our musical tastes immensely and greatly… so is it possible for you all to read about them in these embedded posts (perhaps right now?) before you read on?

Because now, Cimorelli have released something new. Well… they release something new virtually all the time, be it singles or EP’s or albums or covers or podcast episodes or music videos… but this… is something extremely different. It’s an original song. The last time Cimorelli released an original song, it was “I Am Enough” from 2020… but fast forward to now, and these girls have unveiled 2 more original songs. “Kills Me Just The Same” released in February and “You Don’t Miss Me At All” released a couple of weeks ago. Musically and thematically, this is Cimorelli at the top of their game, and as the 5 sisters powerfully, emotionally and vulnerably reiterate and outline harrowing and moving relationship songs; these lyrics hit hard and are relevant and relatable to probably all of us. “Kills Me Just The Same” speaks about a dysfunctional and somewhat toxic relationship, and about how the persona wants to still be in the relationship, even though the other person doesn’t treat them right. With the 5 sisters relaying that ‘…I know I should walk away, but I’ll follow you down to the grave, I don’t know how many times, I can fall onto your knife, but if I leave you, it kills me just the same…’; we are presented with someone who believes they are in ‘love’ with the other person, and a sad story about someone who needs to get out of that relationship… pronto. Sometimes we stay in something because it is comfortable- but the girls are in fact saying that we should do the hard thing and leave a relationship if it isn’t edifying and building us up. “You Don’t Miss Me At All”, a track of lamentation and reflection, speaks about how at one moment a relationship can seem so solid, and that in the next moment, one person seems to act cold towards the other for whatever reason. It’s a melody with a depressing outlook- yet a song that reminds us just how fickle people can be, highlighting the reality that the only people we can count on are our immediate family.

Cimorelli haven’t recorded a full-length original album since the 2017 album Sad Girls’ Club. They’re still steadily recording new music (and this year progressing quite nicely in their video podcast); and if you all dive deeper into their discography, then I’m certain you all will find a song that will resonate with you. These girls are undoubtedly talented, and though we (and maybe they!) may not know what the future holds; one thing we can do is listen to their music. These songs are impacting and inspiring- and Cimorelli indeed is a group that deserves more attention, accolades, and praise! Well done girls, I can’t wait to hear what’s next in store for you!