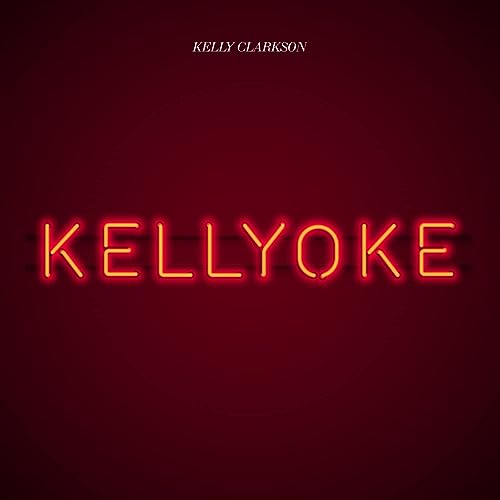 One of the most accomplished singer-songwriters/pop artists of this generation, Kelly Clarkson won the first inaugural American Idol season to much support, and ever since that title, she’s been storming down the gates, with her powerful music and empowering anthems, with songs like ‘Since U Been Gone’, ‘Breakaway’, ‘The Trouble With Love Is’, ‘A Moment Like This’, ‘Never Again’, ‘Invincible’, ‘Mr. Know It All’, ‘Stronger’, ‘Medicine’, ‘I Do Not Hook Up’, ‘Piece By Piece’, and ‘Dark Side’, to name a few. She’s charted Billboard lists, become an icon for pop music over the years, and has even hosted her own talk show The Kelly Clarkson Show in recent years, becoming a TV show host personality, just as much as she is a music personality. Being the interviewer is so much different than being the one interviewed (which is what she has been undertaking years, upon years, till now), and she has transitioned to her role as host of a daytime show, with much ease, poise, and grace. Now, people mostly know Kelly as being a judge on The Voice America, as well as the host of her own talk show, more so than her music…which is ok, but for me, she’ll always be an artist first and foremost. Which is why I was intrigued to say the least, when she unveiled her new musical project Kellyoke not too long ago- a collection of 6 cover songs that Kelly sung (partially) at the beginning of her talk shows at various times throughout the years: she’s sung plenty of other partial covers over the years, maybe there’s a Kellyoke Pt. 2 or 3 coming later on during the year? Standing at 6 songs (and songs that I myself am personally unfamiliar with), Kelly’s new look into her music process has been interesting and exciting- Kellyoke is a must, especially if you love cover music, Kelly Clarkson, or both. While this covers EP is a far cry from Kelly’s original material (her last original song written is ‘I Dare You’, from 2020), Kellyoke nevertheless gives us a glimpse into her style of what she may decide to create, sonically, for her new album, whenever that album arises.

To be totally honest…I’m not across Kelly Clarkson’s new daytime show (that as of this moment, has racked up 500+ episodes over a few years). I’m not really that much of a follower of daytime TV, though I am aware that artists like Brooke Ligertwood, Maverick City Music and for KING & COUNTRY have appeared to sing songs on The Kelly Clarkson Show. Maybe I’ll watch an episode in full, in the future. Maybe I won’t. But what I will say is this- Kellyoke EP is Kelly’s own attempt at picking six of her favourite songs she has covered on the show thus far; and recording them in-studio to create full-length covers, because all of her covers on her live show have all been abbreviations- the ‘live-in-studio’ setting only resulted in around 2 minute covers, so Kelly decided to create full-length covers regardless. The result? 6 songs that I personally don’t really know; but 6 songs that I can also still appreciate, nonetheless. Maybe I’m just naïve, but I’m not really knowledgeable on pop music of the current landscape- thereby only recognising Billie Eilish’s ‘Happier than Ever’ in the 6 song EP. Nevertheless, even though I may not have heard the other 5 songs on the radio, I can still acknowledge when a song is still technically good and sonically sound- and all of Kelly’s renditions on Kellyoke are definitely so. Yes, the EP could’ve benefitted from being a bit longer (make it an actual album with ten songs?), but I reckon Kelly’s new EP is just the start- expect more full-length cover EPs coming in the upcoming weeks and months ahead. Well done Kelly for creating a covers EP, reminding us that cover songs can be just as impactful and compelling as their original versions. Who knows, maybe a full-length cover of ‘I’m Still Standing’, ‘Ironic’, ‘Careless Whisper’, ‘Cold Heart’, ‘Anyone’, ‘Save Your Tears’ or ‘Dancing Queen’ next in Kellyoke, Vol. 2? Maybe? Only time will tell.

3 songs to listen to: Queen of the Night, Blue Bayou, Happier Than Ever