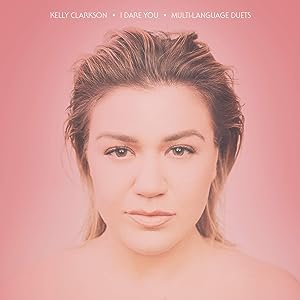 Kelly Clarkson needs no introduction. Even though we are a site haven’t reviewed any of Kelly’s previous material, I did delve into her music last year as a part of the blog series that I’m currently in. The link is here, and as I have been immersing myself in uplifting mainstream music of late, and I’m being reminded of how God can often use mainstream music to teach us more about ourselves and Himself in the process; I’ve been impressed with what I’ve heard from Kelly so far in her career.  Since winning the first very American Idol back in 2002, she has went on to deliver some chart-topping albums and songs- from ‘Stronger’, ‘Mr Know It All’, ‘Because ofYou’, ‘Never Again’ and ‘Since U Been Gone’, to ‘Dark Side’, ‘Meaning of Life’, ‘Piece By Piece’, ‘Invincible’ and ‘Breakaway’, to name a few. Now here we are in 2020, and while her most recent album The Meaning Of Life dropped digitally in 2017, she has certainly not slowed down the pace- in 2018 she contributed to the re-imagined version of ‘Never Enough’, on an album that housed other re-imagined versions of the songs from The Greatest Showman, while from late 2019 onward, Kelly has been starting a day-time talk-show titled The Kelly Clarkson Show. Now here we are in 2020, and her new song ‘I Dare You’, from an un-named studio album to be released either this year or next year, has released- as a 6 song EP (the original, and 5 duets in other different languages- French, Arabic, Spanish, German, and Hebrew).

‘I Dare You’, standing at a little over 3 and a half minutes, showcases Kelly singing alongside the other artists in the languages aforementioned above, and while for me I preferred the English version better- because it was a little more cohesive than the rest, the message is still not lost on the other 5 recordings. The song itself challenges us all, to love instead of hate, to listen to the person instead of making judgements, to do all the things that instinctively goes against everything that we have been conditioned to selfishly do. A reminder that we have to be the better person when it comes to loving without reservation, especially during a time where chaos, calamity and uncertainty reign because of COVID-19, Kelly encourages us in the bold words ‘…I dare you to love, even if you’re hurt and you can only see the worst, even if you think it’s not enough, oh I dare you to love…’– and we’re faced with this choice- do we love, and how do we tangibly do such a thing when we’re physically distancing and being isolated in homes, but still want to contribute to society in a way that would see us connected to the other person, but without hindering our own chances of being better because of the distancing we’ve employed upon ourselves? It’s a tough question, but still one that requires us to get out of our comfort zone as we help other people without coming into contact directly. As Kelly herself relays about the song and its meaning from her interview with The Today Show in America; ‘…I’ve had it for over a year, Hoda, like we’ve been working on this project for over a year because there’s multiple languages. So I grew up singing opera night—I grew up singing different languages, like German, French, Italian, Spanish… that kind of stuff, and Latin, but I always had the idea to do this with a project in my career, and I never really had a song that I felt fit with it, nor did I have the team that would really back it—the idea. And so it was really cool, the message was perfect. I thought it was kind of globally-connecting, and I wanted to do that musically. And then [COVID-19] happened, and we became extremely connected globally. And so we just kept with the release date because we were gonna shelf it for a minute, but it was planned to come out today, and I thought: maybe people need this kind of message right now… It’s basically, like I dare you to love instead of fear, instead of hate, instead of wonder[ing] about something and actually just engage with people—engage with yourself—again, and remember that we’re all a human race, even though we’re from all different parts of the world and we have different religions, politics, whatever, at the end of the day we’re all the same human race. And I thought ‘wow, how ironic that we’re releasing this single in this time when we really are all connected…’

Kelly’s powerhouse vocals and her honest portrayal of the human condition alongside being real and honest with her vocals, is what I believe has gotten her this far in her music career,and this new song, ‘I Dare You’, is no different- a message timely, universal and heartfelt as we understand that loving instead of  hating, and building bridged instead of breaking them down, is what is going to be, moving forward, if COVID-19 is to be tackled into the future. For this song calls upon us in ways we have never thought before- to love in a society that is needing to distance themselves from each other in order to survive. A song that can hopefully challenge us to find new ways to connect to one another and ask the loving questions of ‘are we ok’ during such a time where we know we’re not ok; Kelly’s new song is a breath of fresh air, and a melody full of hope and a call-to-action, in a sad see of musical sameness that has been forever brewing in the pop industry for quite some time. Kelly’s music has always been a standout amongst the mainstream arena in years past, and this new song is no different. A song that I firmly believe that even God can use to challenge our own preconceptions of what it means to love your neighbour conditions, ‘I Dare You’ is certain to be replayed on my Spotify Playlists as the weeks and months continue to progress.