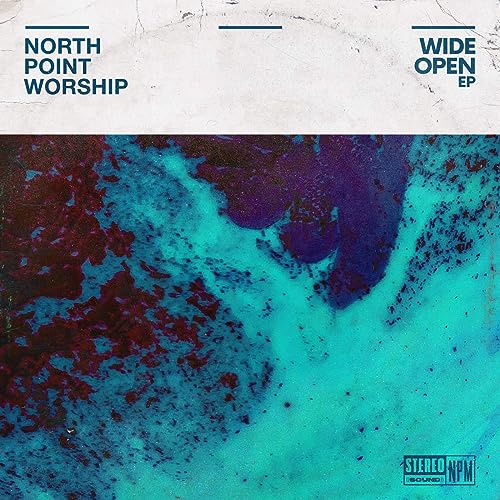 There’s an inescapable fact that I have found that has occurred throughout the years. And it is this. That over time, music worship movements come and go. It’s a fact that always stays constant- the notion that new bands come in and old ones leave. Or in a very rare case- new bands come in, and then the same new band leaves again. And in any given year though, the number of worship albums is plenty, and an example is already this year of 2020 alone. Cody Carnes, Matt Maher, Planetshakers, Tauren Wells, Jordan and Jessa, Rend Collective, Matt Redman, Avalon, JJ Weeks, NewSong, David & Nicole Binion, Paul Baloche, Elle Limebear, Shane & Shane, The Worship Initiative, CAIN, Passion, Bethel Music, Martin Smith, Seth & Nirva, We The Kingdom, Elevation Worship, Vertical Worship, Charles Billingsley, Citizens, Corey Voss, Kierra Sheard… this list goes on! Though some of these worship albums are possibly a tad cliché, others are unique and brilliantly recorded and produced.

Enter in North Point Worship (previously known as North Point Inside Out), the youth worship team from NorthPoint Community Church, based in Georgia. Having signed to Centricity Music a few years ago, and unveiling their debut studio project Nothing Ordinary in 2017, as well as their first couple of live projects on Centricity Music (Nothing Ordinary Pt 1 (Live) EP and Nothing Ordinary Pt 2 (Live) EP); the team led by Seth Condrey are capitalising on their already unprecedented success by dropping their latest single “Wide Open” as an EP, titled Wide Open EP– their second EP since the band name change- the first EP was Abundantly More, though this release was in 2019 and not in 2020. With this recent release containing 4 tracks of different versions of “Wide Open”; the duration of these 4 tracks are only around 15 minutes. And even though I’ve found this EP to be ministering to my soul, the repetitive nature of this project given that it’s literally 4 versions of the same song could be seen as another conglomerate of songs thrown on the ‘worship fire’…but don’t dismiss this ‘EP’ too quickly- as I reckon “Wide Open” will indeed grow on you! In fact, “Wide Open” is probably one of my favourite worship songs of 2019, alongside “Run To The Father” and “Waymaker”!

As a song, I believe there’s nothing more vulnerable, emotional and honest that declaring that we aren’t worthy enough to come to God, but to also declare that God’s arms are always wide open to welcome us back, no matter how far we’ve previously fallen. Similar in theme to the Prodigal Son, “Wide Open” encourages and reassures us that we can always run back to God no matter how far we’ve think we’ve run. As Clay emphatically reminds us that ‘…on the other side of everything I’m afraid of, You are standing with Your arms wide open, wide open, even in my deepest doubts and wonder, You are standing with your arms wide open, wide open…’, I have no doubt that this song will indeed bring healing and comfort to any and all who listen. It may not be an easy song to listen to and to comprehend- God loves and accepts us in spite of our screw-ups- however it’s a true message we need to hear nonetheless. With the song also being re-recorded as a live version, an acoustic version and a shortened fit-for-radio version; Clay and North Point Worship have delivered a winner in my own opinion!

At first glance, Wide Open EP seems to be unnecessary, and maybe on the surface a hasty and not that thought out decision. Perhaps a full-length album may have been better. However, in my opinion “Wide Open” delivers a God-inspired moment over and over again, led by Clay Finnesand that will be prominent and in the spotlight in the many years to come- Clay Finnesand will have a long lasting musical career, either as part of North Point Worship or as solo artists- I can at least guarantee that! Even though compared with other big name worship leaders and artists, this movement of church worshippers will probably not reach many sales in their first week; I reckon that these worship leaders care not about sales, but rather reaching listeners with the love of Jesus, as this is definitely one of the underrated singles to be released in 2019. Hopefully as time progresses, North Point Worship receives the recognition that the church and its ministry deserve! Well done guys for a thoroughly enjoyable track (even though it’s repeated 4 times in different musical arrangements!) and God bless your ministry in the future.