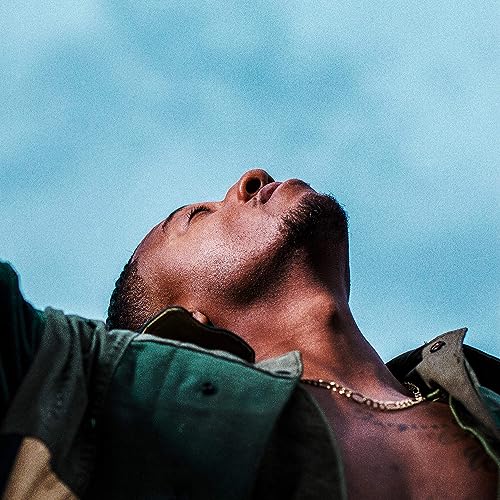 Lecrae’s music has been transformational in the lives of many, has shaped people’s ideas of what a nation in this world can be if given the proper tools to wake up from the division that is hurting people, and has given us all a way to understand what it’s like to make real authentic music in a world where judgement, condemnation and hate is flying, from all sides of the religious and political spectrum. Nevertheless, what Lecrae has achieved throughout his career is nothing short of a miracle, as we see a man clearly knowing his identity in Christ, going to the places that I’m sure a lot of Christian people would never go, and sharing his faith in a world where faith of any kind, can be seen as a weakness or a crutch. Still, Lecrae continues to travel into that place and space, to start a conversation that needs to be started. Lecrae’s music is healing, challenging, confronting, equipping, edifying and spirit-filled, all at once. Being the co-founder of CHH label Reach Records (of which is he a signee himself), Lecrae has fostered a culture of rap that is about speaking truth, but in a way where people outside of the church can relate and understand. Sure, as of right now, his music may be ‘seeker-sensitive’, but let us be reminded of his boldness for Christ in the songs like ‘I’ll Find You’, ‘8:28’, ‘Messengers’, ‘Just Like You’ and ‘Don’t Waste Your Life’, to name a few. I myself have had the privilege of listening to Lecrae’s music for a while now, and have even written a blog about him, which you can all view, here. And so here I am in 2020, upon the heels of Lecrae’s new album release. Titled Restoration and feeling like a more complete followup to his 2017 album All Things Work Together; Lecrae’s music has always been very polarising as of late, and this album is but no means, an exception. Standing at a formidable track-listing of 14 tracks, this hip-hop legend in both the CHH and mainstream industries, has released arguably one of the most relevant albums of this current 2020 period. An album that can actually get you hooked on rap music in all the good ways possible, Lecrae’s passion to deliver songs from real life, is what makes Restoration, and a lot of his music career, so appealing. Unveiled with plenty of songs written out of experiences in lockdown, quarantine, and the general unrest in America right now (primarily because of racial tension from the fallout of the George Floyd death way back in May 2020); Restoration is a must-have for anyone who loves deep-thinking rap, hip-hop with a message, or just Lecrae’s stuff from before.

Some people can read this ‘review’ and approach this unveiling of my ‘musings’ on the album, as some kind of cop-out- and upon first glance, maybe this ‘review’ is. But as where it stands now, I’ve realised that more often than not, a lot of people review albums and say things far better than you yourself do. I can’t pretend to know about all things CHH (Christian Hip-hop), nor do I pretend to know how to review rap music. I mean…I did write a blog about Lecrae himself; but reviewing rap music itself hasn’t really been a forte of mine. I did review albums from NF (NF EP in 2014, Mansion in 2015) back in the day, but as of 2020, it’s been a little difficult trying to explore the realms of rap nowadays. And so here I stand in October 2020. I heard Lecrae’s Restoration. And it’s good. I mean, really good. Looking at the above quotations by Lecrae himself, speaking about the stories behind these songs, as unveiled to us by Apple Music, creates a whole lot of clarity as we hear these songs again. Lecrae of late has always been an artist that has managed to create content for both the Christian audiences as well as the mainstream; and do it well I might add. In fact, he’s one of a few artists that have managed to receive crossover appeal for his music- other artists like Switchfoot, needtobreathe, Skillet, Lauren Daigle, Kirk Franklin, Amy Grant, Michael W. Smith, Relient K, Lifehouse, Owl City, even more recently for KING AND COUNTRY; have all managed to had varying degrees of success with their music crossing over to reach audiences that their music wasn’t initially geared towards, and now we add Lecrae into that mix as well.

‘Set Me Free’, the first single from Restoration, is a poignant song that hits home I’m sure for a lot of people- collaborating with hip-hop new artist YK Osiris, and sampling the gospel hit ‘Shackles (Praise You)’ by Mary Mary, to bookend ‘Set Me Free’; the song itself is a desperate cry to be saved during a moment of spiritual, emotional and mental captivity. It is when times of despair are the greatest that we need the Lord the most, and what better time for such a song as ‘Set Me Free’ to be powerful and relevant than in a time of the COVID-19 crisis. ‘Deep End’ is a very personal track by Lecrae written in a raw and honest way, as we see his musings after the horror of the George Floyd attack in May 2020 and how he is wanting someone to pull him from the deep end, because he’s worried that’s where he’ll go because of all the things he has seen in society and in his life up until this moment; while ‘Zombie’ portrays a picture that people from all colours and creeds can relate to- feeling numb and broken, like a zombie until a moment of clarity and unconditional love comes washing over us all, as we stumble on what we often perceive it to be a ‘spiritual presence’ (when in reality it’s the Holy Spirit prompting us to wake up from our zombie states). ‘Keep Going’ features distorted string instruments as Lecrae understands and realises that this restoration thing isn’t necessarily a destination that you immediately arrive at, but a journey and a long and often gruelling way of living that allows us to open up to become our true and vulnerable selves, all the while understanding that in front of our Lord God, there is no judgement and condemnation, that all things will ultimately lead us to a restoration of the heart and the slow erosion of cynicism and unbelief; while ‘Sunday Morning’, featuring a spoken word by gospel legend Kirk Franklin, reminds us all that life is precious, and that every day we wake up, in this short time we have here on this earth, is a miracle in and of itself. As we thank God for this time on Earth that we all ought not to take for granted, ‘Sunday Morning’ the rap fuses into ‘Sunday Morning’ the spoken word, where we see Kirk powerfully declare some of the most emotive and hauntingly poignant words I’ve heard in all of 2020 thus far: ‘…seasons change the colors so quickly, it’s hard to keep up with the leaves cause everybody leaves, on my birthday, Kobe, Gigi and seven souls remind me that the tree of life is so uncertain and tomorrow has unpredictabilities as colorful as the smiles that took off that day, may that Sunday morning resonate past trophies and trinkets and the ongoing pursuit of more to sober us but the humbling truth, my life and your life, is just a vapor and if what you see is all you see then you do not see all there is to be seen, quickly we leave…’ ‘Drown’ is also a great standout on Restoration, and is perhaps the song that can hopefully gain crossover success for people who love Lecrae, people who love John Legend or even people who love both. The song itself speaks about being drowned under the weights of life and the pressures that can often take hold of your mind, more than you even care to admit. ‘Drown’ is an honest piece of work, a track about crying out to the Lord, longing for restoration and a sense of help that can only come from the divine. While the song can often suffer at times the looping electronic percussion; the song nevertheless is a track that is voicing a lot of things that people in general may be feeling, especially during 2020 and the time of COVID-19 that exposes a lot of what people may have been feeling already, albeit not to the same immense extent brought to the fore by the coronavirus.

Lecrae’s music will always allow us to be challenged into looking deep within ourselves to ask the questions that maybe may not have been asked if it wasn’t for the music. And Lecrae’s Restoration is no different. Lecrae’s songs, especially songs like ‘Drown’, ‘Set Me Free’ and ‘Deep End’, have all spoken to me over the last week or so, and reminded me of how real, relevant and necessary rap music is, especially Christian Hip Hop/Rap, to the current culture and society right now. People are longing for something more than the vapid superlative stuff we are seeing at the moment in the rap culture, and Lecrae gives us a great alternative for this. Speaking about difficult issues in songs throughout his whole entire career thus far (see songs like ‘Welcome to America’, ‘Messengers’, ‘Don’t Waste Your Life’, ‘Background’ and ‘Just Like You’, to name a few); Lecrae has basically been an advocate for all the things I’m sure Jesus would’ve stood up for if He were here now, and for that, Lecrae’s involvement in things that may be considered controversial to be involved in, is why I consider Lecrae to as influential as he is in music and society as a whole. Sure other rap artists are influential in shaping culture and society, maybe in a negative way, but Lecrae’s music, and challenging the status quo, is something that can impact people and bring about a movement of introspection and loving without reservation, long after the artist is said and done with their music. Well done Lecrae for the ministry and music that has been given to us all, going to thoroughly enjoy Restoration on repeat for the upcoming weeks and months ahead!