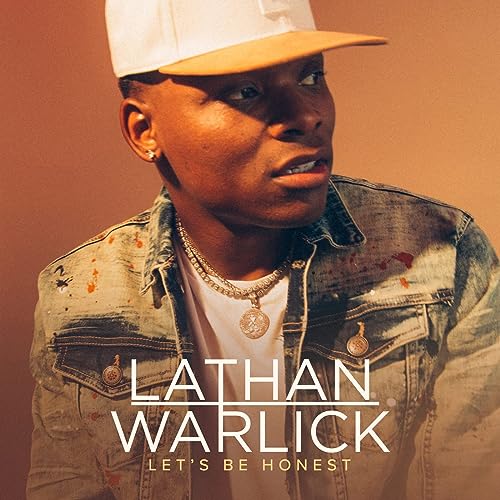 Rap music… hasn’t been my cup of tea, probably all throughout my life, I think. Though I am becoming more and more familiar and accustomed to rap music in general; when I was younger, I only listened to Carman and Delirious?, with me branching out to other CCM music in 2006, and mainstream music in 2018. But throughout everything that I have reviewed on this site (read them here!) and throughout everything that we’ve blogged about; rap music (and hip-hop music) hasn’t been high on our list to cover. It’s not that Jon and I don’t appreciate such music. We do. I’m constantly in awe of Lecrae and his contemporaries, artists like KB, Andy Mineo, NF, Social Club Misfits and Derek Minor, at how they can spit bars and run lines extremely well, and point people to Jesus at the same time. On the flipside, artists like Eminem, Black Eyed Peas, Kanye West, Kendrick Lamar, Post Malone, Logic, and Jay-Z do nothing for me (and nothing for Jon too!)- and I don’t have an inkling to listen to any type of music that doesn’t draw me closer to Jesus, mainstream rap included.

In the past, I’ve reviewed Trip Lee’s The End, NF’s Clouds and Steven Malcolm’s Tree… and each of them I spoke about pretty favourably. But there still hasn’t been much more coverage of rap over the past few years. But now with Lathan Warlick’s debut EP on Provident Label Group, I figured that it’s time to write about rap again. But let me tell you that objectively this project is good, but rap in large doses still gives me a headache, and still reaffirms my assertion that this type of music isn’t really my favourite type of music when I need to listen to some inspiration or even for background music. Lathan isn’t really my favourite singer per se… but there is merit in these songs and there is a market for these songs as well. Kudos to Lathan for spreading his wings and for showing the world what he’s made of- and so I reckon every one of us should try out these songs… because you never know if they will be your favourite or not.

This EP is me being 100% transparent with the audience about things I’ve faced since coming into the music industry. Each of the four songs on ‘Let’s Be Honest’ also highlights my faith and is overall just uplifting. I want to make music that still points you to God, but that you don’t have to only play in church.

I first heard of Lathan as a guest vocalist in Matthew West’s hit song “What If”. His newly recorded verse was pretty good, and I sat up and took notice. I never got around to listening to Lathan’s country EP My Way; but when Let’s Be Honest released… well, I decided to take the plunge. The result is me appreciating Lathan’s work, but still overall indifferent about rap in general. “Solo”, an autobiographical melody, speaks about Lathan feeling like he is judged, but still making music anyway in whatever genre he wants to (whether it is rap or country or a mish-mash of other musical genres); and though it’s a track that I personally can’t ‘get into’ that much, I’m certain it will be a track that grows on me because of Lathan’s positivity and his passion for Jesus. “Long Way”, with KB, is another melody with Lathan describing how he’s come a long way from his humble beginnings, as KB adds clout, credibility and depth to the song; while Let’s Be Honest ends with the worshipful “Can’t Lose”, as Lathan outlines that Jesus has pulled him through all of these years, hence he knows that he can’t lose, that’…it ain’t a day that go by where I don’t talk to You, been through a lot of hard times, but You pulled me through, so I’ma throw my hands up and give it all to You, and since You brought me this far, I know I can’t lose…’. However, the song that I believe is ‘head and shoulders’ above the others, is the Blessing Offor collaboration “Look Up To The Sky”, as Lathan and Blessing encourage us to pray to Jesus whenever we feel like we’re far away from Him.

Lathan Warlick is a talented rapper, singer, and songwriter. Let’s Be Honest is an objectively inspiring and incredible project, from one of the most talked about artists within the last few years. But I myself still don’t feel as compelled to rap music than when I first started listening to this EP. And with that, I’ll leave this review by saying- it’s true that I do appreciate rap music in general all the more. But let me say that I still don’t think I can sit through an album of full-on rap (just for listening, not for reviewing!), and that’s ok. Let’s Be Honest, like The End from Trip Lee, like Tree from Steven Malcolm, is a compelling and moving release- but I wouldn’t listen to it in one sitting again. And that’s ok. Can’t we appreciate something as great art without fully resonating with it? So let me spin some pop, CCM, country and even Broadway and opera; and get back into my preferred genres… And so, Lathan, what about a worship album or pop/CCM album next?

3 songs to listen to: Long Way, Look Up To The Sky, Can’t Lose