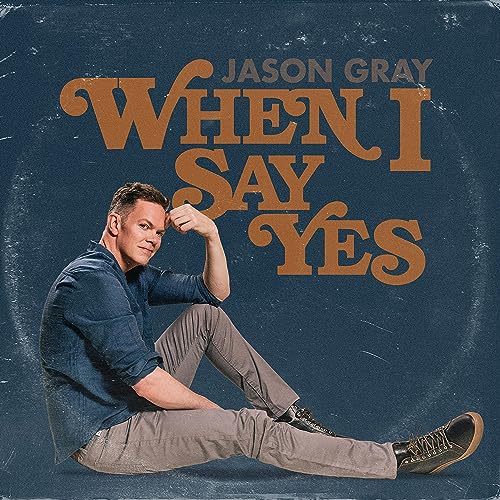 Jason Gray, quite possibly one of Christian music’s most honest and heartfelt singer/songwriters, has had quite a journey, personal and musical, to get to the point he is in today. From being a stutterer (and still currently) to changing his last name from ‘Gay’ to ‘Gray’ in order to kick-start his music career; it has been his lyrical poignancy in quite possibly all of his songs to date that makes Jason possess an ability like no other, to write songs that are able to unveil his own vulnerabilities without any attack or stigma, while all the while weaving into the songs a grace that reminds us all that amidst the guilt, shame, pain and hurt, God is still there. Songs like ‘Nothing Is Wasted’, ‘More Like Falling in Love’, ‘I Am New’ and ‘Remind Me Who I Am’ show us the comfort we need, that God redeems us continuously each day from the circumstances and events we are in. His 2018 EP, The Kipper Gray Sessions, was a collaboration between Jason and his son Kipper, and was unveiled to be one of 2018’s most lyrically rich and musically enveloping (encapsulating a myriad of musical styles within the confines of the 5 tracks) EPs. In 2020, Jason gave to us an album I believe, is actually one of the most cohesive and constructive albums he’s ever created throughout his career- Order Disorder Reorder released in October 2020, and by far, is my favourite album of 2020. Standing at 18 tracks, Jason delivered some of my very own favourite songs over the last few years- ‘Honesty’, ‘Fight For You’, ‘Order Disorder Reorder’, ‘Remind Me You’re Here’…just the general overall vibe of the album is one of the most cohesive records I’ve listened to, ever since Lauren Daigle’s How Can It Be that was released in 2015. Jason also delivered ‘What I Wish For You’ in 2021, a song unveiled during Father’s Day weekend, and sung for his children, with Jason delivering some pearls of wisdom, things that he has learnt in life, that he wants his children to understand, what he wishes for them in this experience called ‘life’. Now as we fastforward to September 2022, we see Jason unveil another song of hope and encouragement- ‘When I Say Yes’.

This catchy 3 minute, poppy CCM tune is by far one of the catchiest songs I’ve heard in 2022 thus far. Co-written with Micah Kuiper (ex-guitarist of Hawk Nelson), the song itself is about surrendering to Jesus, and saying yes to everything that He is, and everything that He longs for us to become, to believe into, to belong towards, and to behave; for ‘When I Say Yes’ is an invitation for us to lay down our expectations of what we perceive this life should look like, and to be in total surrender to what He has in store for us, even if it doesn’t look like how we are to have imagined it to be. ‘When I Say Yes’ requires courage, faith, and bravery, because once you say ‘yes’ to God, it’s game over to our own agendas, and it’s us saying ‘yes’ to His. It’s us saying ‘yes’ to Him carving us to who He knows we ought to become. It’s us boldly stepping out in faith and following the Lord’s leading, to serve in certain areas, and to speak life, joy and hope into people that we may have been hesitant to speaking to, had it not been for us boldly stepping out in faith, in the first place. ‘When I Say Yes’ is us saying ‘yes’ to whatever the Lord requires of us; and allowing Him to change us in the process. It’s a song full of awe and wonder, and it’s a bonus that the mood of the track is joyful and happy, too. Well done Jason for this fun-filled song. Looking forward to whatever the Lord has in store for this song, in the upcoming weeks and months ahead.

‘…‘When I Say Yes’ was born from the recognition that all the best adventures in my life started the same way-from saying yes to God when he prompted me to take some leap of faith, no matter how big or small. I’m sure you have good adventures that started the same way. Another thought that kept tugging at my sleeve was an experience I’ve had at Camp Shetek, the Summer Camp I’ve served at for the last 26 years. When I’d give the invitation for salvation on a Tuesday night, a group of kids would make their way to the front and pray the sweetest prayers you’ve ever heard. And then they do it again the next night for an entirely different invitation, as well as the night after that. It seemed like it didn’t matter what I was talking about, these kids couldn’t resist coming to the front. At first, I wondered if maybe I wasn’t being clear enough and the kids didn’t understand. But it wasn’t long before I realized the kids had it right and it was actually me who didn’t understand. I came to see that maybe the details didn’t matter as much as I thought-these kids simply had a sense that God was moving, and they wanted to be a part of it. The whys and the hows were secondary. So down to the front they’d come with a big ‘ol “yes” in their heart to meet with God. The details would work themselves out later. Heck, I myself said that first “yes” to God many years ago, and I’m still working out the details! I came to believe that if you boil it down to its essence, maybe that’s what salvation is: a simple matter of having a “yes” in your heart toward God. It’s at least a good place to start. I hope you love the new song! I hope it makes you smile. I hope it makes you groove. I hope it puts a ‘yes’ in your heart…’