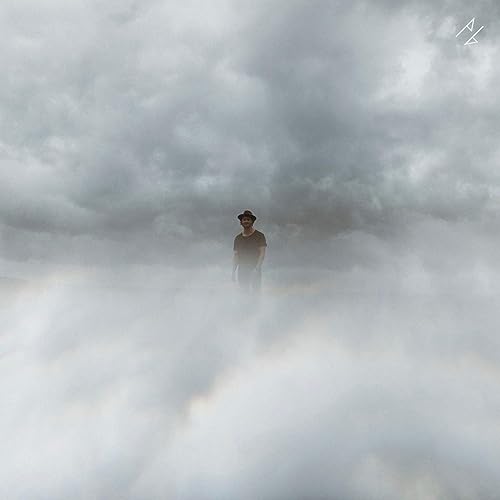 Pat Barrett has had quite an introduction to the music industry within the last few years. With Pat, lead singer of Housefires, signing to the newly created Bowyer and Bow Records created by worship leader and popular artist Chris Tomlin in 2018; we don’t really know if Pat himself has left Housefires or not, but what remains is this- Pat’s debut solo album was quite possibly one of 2018’s most impactful and poignant, as this ‘new’ artist (though not technically new, he’s been with Housefires for years) gave to us chart-topping songs like ‘The Way (New Horizon)’, ‘Sails’, ‘Build My Life’ and ‘Better’, to name a few. We as listeners are given a glimpse into the artists that Chris is mentoring and influencing. Pat later released an EP titled Build My Life­– featuring 4 tracks of the same song ‘Build My Life’- one the original song, one the radio edit, one the live version, and the last featuring Bethel Music artist Cory Asbury; while he also released Canvas and Clay in late 2019, a live project with a whole bunch of new songs as well as some melodies from his debut. With some highlights being the title track ‘Canvas and Clay’, as well as songs like ‘Better’ (from his debut) and ‘Let Everything (Praise the Lord)’ to name a few; Pat has now released his sophomore album Act Justly, Love Mercy, Walk Humbly, earlier this year in February 2021, featuring standout songs like ‘Canvas and Clay’, ‘Long Way Home’, ‘As For Me’, and the title track, to name a few.

To be honest, it can seem a little difficult for someone to really become excited about a new album by an artist, especially when said artist is only known and familiar by a few standout songs in his career. Maybe it’s because I myself am ‘ranking’ these new songs to the standards of the standouts throughout their career thus far, and thus, each and every song is coming up short. What I am to say is this- Pat Barrett, in all honesty, has a few standout songs in his career thus far. ‘Build My Life’, ‘Good, Good Father’, ‘The Way’, ‘Better’ and ‘Sails’, even Pat’s more recent song ‘Canvas and Clay’…but if you were to ask me to pinpoint a few songs that were standouts on this particular album of his, I don’t think I can really say. Because aside from songs like ‘Canvas and Clay’, ‘As for Me’, ‘Long Way Home’, and the title track, there hasn’t really been much that has grabbed me from this album. And that’s the truth. Nothing against Pat himself and his enthusiasm, passion, and heart for worship. That’s not deniable at all. What I find hard, is to be able to connect with the songs, that remind me so much of artists like Bethel, Hillsong and Elevation Worship…bands that I know mean well, but also bands that release albums very, very frequently, to the point where only a few songs stand out in a good way on each album. And that is what Act Justly, Love Mercy, Walk Humbly is for me. An album where it’s ok, but not really groundbreaking, aside from the songs I aforementioned earlier. It’s an album that doesn’t really re-invent worship that much, and also an album that doesn’t really offer much of anything when compared to Pat’s first album. There’s nothing at all that’s fresh, new, exciting, and heartfelt on this album, that hasn’t been delivered on his live album, or his debut album. And because of his hits before, I keep comparing these songs on this album to any of his hits in the past.

Maybe I shouldn’t really do that, but in all honesty, this album seems to be more forgettable each time I listen to it from top to bottom. I have reviewed Pat’s song ‘Canvas and Clay’, his live album Canvas and Clay, alongside his single ‘No Weapon’, while my brother reviewed ‘Heavenly’, but I feel as though a thorough review of this album may not feel as earnest as I want it to be. There just seems to be a bit of a disconnect between me and this album- maybe because I feel as though this album is longer than it should be (17 songs is a bit whopping lot, and after you listen to track #17, you forget how track #1 sounds like), or maybe because I feel as though Pat wants to continually ride the ‘Good, Good Father’ wave, and therefore, songs on this album can’t really compare and compete, for obvious reasons. Mind you, ‘Canvas and Clay’ has been one of my favourite songs of 2020, so maybe the gloss and sheen of ‘Good Good Father’ ought to be wearing off soon, right? Maybe it’s just that Pat’s new worship album simply just smack-bang lands in a year where there seems to be more worship album releases compared to years before. And maybe there was- we as a site did review worship albums by Mack Brock (Space: Deluxe Edition), Crowder (Milk & Honey), Citizens (The Joy of Being), Cody Carnes (Run to the Father: Deluxe Edition), Phil Wickham (Hymn of Heaven), Lincoln Brewster (Perfect Love), Tim Timmons (Here) and Michael W. Smith (Worship Forever), and looking back on this list, I’d have to say, that there was a lot of worship album releases in 2021. So much so that I gravitate to some (Phil Wickham, Cody Carnes, Tim Timmons) more than others (sorry Lincoln Brewster, Michael W. Smith and Mack Brock). Where does Pat Barrett sit in this list, though?

Maybe somewhere in the second group of artists, whose albums are ok, but nothing really is as memorable as I believe it could be. I guess only the songs ‘Canvas and Clay’, the title track, ‘As For Me’ and ‘Long Way Home’, and even then, the Chris Tomlin collaboration (‘As For Me’) is very short, while the title track feels as though it’s semi-rushed. The 7 minute track ‘When I Look at the Blood’ seems to drag on and on and on, and feels so much like a live track, even though it was recorded in a studio, while ‘Lightning’ features Harolddd, and while the fusion of genres of worship and hip-hop seem like a good combination in theory, in practice the song feels more out of place compared to any other, on the album. ‘No Weapon’ is ok musically, but is full of cliched lyrics, and a message that has been articulated by songs before (‘My Weapon’ by Natalie Grant has a similar theme, and for me, is much more engaging and enjoyable, too!). There are a few other songs on the album that seemed ok when I heard them (maybe it was ‘Morning By Morning’, or ‘This is the Day’), but listening to the album a few times through, I still can’t really tell which ones stood out (aside from the aforementioned four). Maybe it could’ve been ‘Morning By Morning’, but the fact of the matter is this- if you don’t have a connection with certain songs on the album, then this experience isn’t really going to do much for you. Especially if you are a fan of worship music- you may feel as though this album is created more so to get out of the shadow of ‘Good, Good Father’, than anything else.

Nevertheless, Act Justly, Love Mercy, Walk Humbly in and of itself, is ok. It just doesn’t really ‘WOW’ me that much. And maybe that’s ok. Maybe this album will grow on me in the future. But however the next year unfolds (in terms of my music habits), one thing remains though. That Pat Barrett’s popularity will continue to rise. And my enjoyment of songs like ‘Good Good Father’ and ‘Build My Life’ won’t really change, no matter how indifferent I am to Act Justly, Love Mercy, Walk Humbly. Maybe I can revisit the album later on during the year (or next year), and my thoughts could change then. Till then, maybe I’ll check out Phil Wickham’s Hymn of Heaven for another run through. That album would probably be one of my favourites of 2021, period. One thing’s for certain, the worship albums continue to come. Maybe I’ll check the new album by Hillsong (releasing November 2021) by years end. It ought to be a least more engaging than Pat Barrett’s album, right?

4 songs to listen to: Canvas and Clay, Act Justly Love Mercy Walk Humbly, As For Me, Long Way Home