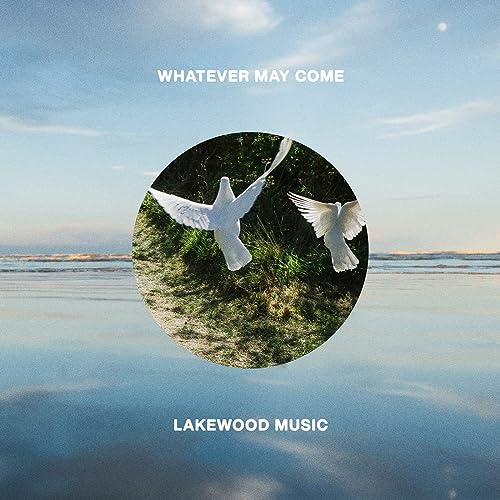 When is enough, actually enough? Don’t get me wrong, I don’t have anything against praise and worship music. The worship genre is actually one of my favourite genres of Christian music. I myself have loved listening to worship albums from artists like Passion, Chris Tomlin, Phil Wickham, Crowder, Matt Redman, Kari Jobe, Leeland, Meredith Andrews, Tim Hughes, Matt Maher, Israel Houghton, Natalie Grant, Rend Collective and Paul Baloche. These guys fill my soul, and many times, I’ve found myself closer to Jesus and more present in the Holy Spirit, just by listening to these songs. But with other worship bands and artists, like Jesus Culture, Bethel Music, Elevation Worship, Vertical Worship, Hillsong (all incarnations) and Planetshakers; there seems to be a level of… shall we say performance? Which I’m sure isn’t intentional, but I’ve found that some songs lean more into that vein of over-singing for God, rather than just being honest and authentic and vulnerable, however that looks like. There have been so many times in this review site, and also in my personal life when I’ve chosen not to review an album, that I’ve found there to be a disconnect between myself and how I feel about the worship songs; and how the band ‘hypes up’ each song to be the best song ever, and how they market each song to be filled with the Holy Spirit. Call me cynical, but I don’t have high hopes generally for the album released by the ‘megachurch’. Only a few songs in an album connect with me for those type of releases; and unfortunately the trend continues with Lakewood Music’s debut live album Whatever May Come.

I almost wasn’t going to review this album. The lead pastor of Lakewood is Joel Osteen (who have do have a problem with theologically), but Whatever May Come does feature Tauren Wells on a couple of songs and that’s what swung the album into the ‘listen and have a see’ category. And while the album certainly isn’t terrible, there isn’t any memorable songs to thoroughly engage me and there isn’t enough here for me to deem this album unique. In fact, it’s rather… generic and same, and to be honest, I was listening to the album but I wasn’t. it was just… there. Case in point- the album opener. “Unrivaled” is pleasant enough, but with repetition, the obligatory EDM atmosphere, as well as incredibly lazy lyrics, I couldn’t finish the song, because it was cringeworthy to a certain extent. Sure these guys may be talented and passionate, but for me it wasn’t coming through. Someone else may be blessed with this song, but that’s not me unfortunately.

And that trend of mediocrity and sameness continues forth throughout the album, save for a few bright spots. “In The Name” with Kim Walker-Smith is an album highlight, that is a gorgeous piano ballad that speaks powerful biblical truths, proclaiming that ‘…in the Name of Jesus, giants are defeated, every single mountain has to move, You’re faithful to Your promise, You finish what You started, there is none as powerful as You…’; however even this song isn’t as powerful, moving, engaging or impactful as timeless classics like “How Great Is Our God” (Chris Tomlin), “Shout To The Lord” (Hillsong Worship), “Above All” (Paul Baloche), “Mighty To Save” (Hillsong Worship) and “Amazing Grace (My Chains Are Gone)” (Chris Tomlin). The title track is soothing and inspiring, but it’s a song I’ve immediately forgotten 5 minutes after hearing it- the subject matter of God being here with us, has been sung to death; and there isn’t this ‘wow’ factor. The EDM/dance “Now Ain’t That Something” tries too hard in my opinion to be something like Planetshakers meets Justin Bieber- and to me it’s somewhat of a mess; while “It’s Happening Now” is 6 minutes long and the track drags a tad, although vocally this track sounds pretty good, with the Michael Tait-esque vocals being impressive, even though the song is still on the mediocre side. “Close To You”, a song reminiscent of an 80’s piano ballad musically, speaks eternal truths about God but again to me doesn’t have that extra thing of epicness and awesomeness that would make a song timeless; while “Away From Your Love” is just plain bad- there’s nothing else I can say. Even Sidewalk Prophets or Big Daddy Weave (who we have previously critiqued on this site) could do a better job on this song! To be fair, the songs with Tauren Wells are in fact enjoyable, and maybe that counts for something. “You Are My Life”, a radio friendly slower-tempo ballad features Tauren’s energy and joyous infection, as well as his passion for Jesus- a track whereby Tauren earnestly relays that Jesus is his life, and that he surrenders everything to the Father; while “I’ve Got A Fire” is bouncy, poppy and jovial, with trademark Michael Jackson-like vocals from Tauren, as he lets us know that there is a fire in his soul, and it is Jesus. But two great and memorable songs out of the bunch isn’t that great, at all.

Perhaps I’m being too critical though. Maybe I’m too harsh. This is a relative ‘new’ band, maybe I should give them leeway? But for me, a new band has to stick out. Artists like CAIN, Leanna Crawford, Brandon Lake, Maverick City Music, Jordan Smith, Honor & Glory, Baylor Wilson, Anne Wilson… they all have something unique to offer to the table, musically, lyrically and vocally. But Lakewood Music… do not, sad to say. Usually listeners go back to what they know. What works for them. The artists that have helped them through hard times and have inspired them time and time again. Most times it’s an artist with albums and mileage. Rarely do people say that a ‘new’ artist is one that is their favourite. So if Lakewood Music inspires me, then they’d have to be really, really, really good. And that’s just not the case. If someone is inspired by Lakewood Music and this album… well who am I to say that God can’t use that album to glorify Himself and make His name renown? But for me, this album doesn’t do it for me. I’ll forever love Tauren Wells’ music… but this project from his church is the definition of worship saturation- to the point when I’m apathetic to this release. Maybe I’ll listen to this album later on and form a different opinion. But for now, I’ll go back to worship albums like Hymn Of Heaven (Phil Wickham), Flourish (Mike Donehey) and Canyon (Ellie Holcomb). How about the rest of you?

3 songs to listen to: You Are My Life, I’ve Got A Fire, It’s Happening Now