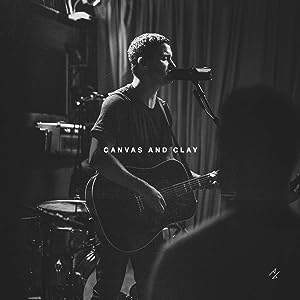 Pat Barrett has had quite an introduction to the music industry within the last few years. With Pat, lead singer of Housefires, signing to the newly created Bowyer and Bow Records created by worship leader and popular artist Chris Tomlin in 2018; it is unknown whether Pat will actually leave Housefires in the future or not, but what remains is this- Pat’s debut solo album is quite possibly one of 2018’s most impactful and poignant, as this ‘new’ artist (though not technically new, he’s been with Housefires for years) gave to us chart-topping songs like ‘The Way (New Horizon)’, ‘Sails’, ‘Build My Life’ and ‘Better’, to name a few; as we’re given a glimpse into the artists that Chris is mentoring and influencing. He later released an EP titled Build My Life­– featuring 4 tracks of the same song ‘Build My Life’- one the original song, one the radio edit, one the live version, and the last featuring Bethel Music artist Cory Asbury; and now as we fastforward a little, we see Pat give to us another album offering with Canvas and Clay, a live project with a whole bunch of new songs as well as some melodies from his debut. While the album did release in August 2019 (yes, I little late considering I’m only reviewing the album now!), here I am in April 2020, and still I am thoroughly enjoying the album, especially songs like ‘Canvas and Clay’, ‘Better’ and ‘Let Everything’. Even now in 2020, ‘Canvas and Clay’ the song is arguably one of 2019/20’s most influential, shooting up the radio charts alongside ‘Way Maker’, the other emotive and impactful song of the 2019/20 period.

Gone are the radio length melodies that were present on his 2018 debut, as well as his 2020 release of the single version of ‘Canvas and Clay’. Here we see Pat deliver songs for the church as this ‘live’ setting album all feature a lengthened and extended song length for just about every track on the album- 10 songs for an album length of 57 minutes (on average, between 5:30 and 6:00 per song). Which isn’t a bad thing, upon hearing these melodies, the songs never really drag on at all- not like other groups like Bethel or Jesus Culture that seemingly and unnecessarily drag on for 8-9 minutes per track; what I’ve felt here from hearing these songs, is a sense of enjoyment when hearing these songs- I’m not at all worried or concerned about these songs lengths, and never am I looking at the clock or feeling bored when hearing these melodies- like I have been with other worship artists and movements. These songs are catchy, and repetitious, and there isn’t a bad thing about that.

‘Canvas and Clay’ the song is a powerful one- whether it is the radio version or the live version here with the added vocals of fellow friend and worship leader Ben Smith; we are nevertheless reminded that God Himself is the painter and the potter, and we are just canvases and clay. In a nutshell, we are met with this notion that God is God, and we aren’t. We don’t have the full picture of what we know God is painting, and yet at times we often declare as though we do- and then make grave mistakes because of that. ‘Canvas and Clay’ teaches us all to be  humble in our approach to God Himself, as we understand that our own thoughts of what we believe the situation to be at a certain moment, is far more miniscule than we think, and that Christ’s idea for what He knows our life is going to be, far exceed and outweighs anything we as humans can even conjure up. God creates all things, and in all things He holds it all together- we don’t have to worry, stress or even try to alter and change certain circumstances or outcomes- we just have to rest knowing that God has this, and it’s ok if we don’t. ‘Canvas and Clay’ for me has allowed myself to exercise more patience, especially during a time of uncertainty, calamity and chaos. We can rest assured that God is working all things together- for His glory and our good, whatever that may look like in the end. It may seem like things aren’t coming together now, but God is indeed the artist- He is forever working, and whatever comes out of this pandemic, I’m sure will be more beautiful, awe-inspiring and majestic, than we can ever predict or comprehend.

Throughout the rest of the album, we see Pat unveil songs of hope and encouragement that have replay value far greater than anything that either Bethel or Jesus Culture have released within the last few years. ‘This is the Day’, track #1 on the album, is cowritten with worship artist Daniel Bashta (the actual writer of ‘God’s Not Dead’), and channels his best impression of worship artist Paul Baloche, in a song that has a very similar theme to the Paul Baloche track ‘Today is the Day’. Pat’s song is musically simple as we are shown the famous repetition shown in a lot of worship songs- repeating the first verse twice, having a chorus that is full of repetition…and that isn’t necessarily a bad thing, but rather, something that’s employed so that the congregation singing during church-time on Sunday mornings can sing along with ease- ‘This is the Day’ the song gives us a comfort in the knowledge that this is the day the Lord has made, and whatever comes in the day, we’ll rejoice because of who He is and what He is making through the day that we may not see or even understand at that particular moment; while ‘Let Everything That Has Breath’ features light acoustics and a beat similar to that of Needtobreathe’s ‘Forever on Your Side’, as Pat himself presents a theme very resemblant of Matt Redman’s ‘Let Everything that Has Breath’, a reminder that regardless of the circumstance, everything and everyone is going to be praising the Lord at the end of the day- and that if we don’t for whatever reason, the rocks and inanimate objects will. ‘You’re Making Something Beautiful’ is a melody that feels exactly like a spontaneous song on the spot- which is ok, but the seemingly lack of structure (even if it is not intended) can somehow detract from people listening to it- for me I don’t mind, but I do prefer a little structure around my worship songs so as to know where they are headed. Not that I didn’t enjoy this song- I did, but when I was at the end, I was feeling like the song was a tad too long- and I was ready to hear the next one. ‘You’re Making Something Beautiful’ nevertheless encourages us with the notion that God makes beautiful things out of our lives which, frankly, don’t always look beautiful; while the next ‘structured’ song ‘I Am Held’, also co-written with Daniel Bashta, is a telling and emotive realisation that God holds us together- and it isn’t because of what we’ve done, but it is the nature of God to bring to us good things- and one of them is holding us together, even if our lives themselves feel like they’re falling apart. ‘I Am Held’ has a similar theme to that of Mack Brock’s ‘I Am Loved’, and a song that can impact a lot of people on their own journeys of reconciling a God that holds His creation tight, with a creation themselves that often rebels and strays on a continual basis.

‘Praise Upon Praise’ is a song that I reckon will get an uptake in Sunday morning church service song setlists, as this track, featuring a co-write with British worship leader Matt Redman; is a reminder of the reason for our very praise- Him pouring out an excessive amount of grace amazing, while also bringing us out of death and into new life abundantly, our lives white and cleansed of sin; while ‘Better’, originally from Pat’s debut album; thrives a lot in this live setting as Pat declares that in all things that we see on this earth, in all things that we experience, and what we have and love, Jesus is better than anything else. As Pat himself unveils to us, ‘…’Better’ is such a special song to me personally because it has served as a challenge. Money, appearance, power and approval are all unbelievably tempting to live for at times. We cause ourselves (and others) a lot of harm when we set these things at the center of our lives. In the moments where we feel tempted to live for ‘lesser’ things, we are only left feeling more empty. I hope this song can help redirect the affection of our heart to something (read: Someone) better…’ ‘Land of the Living’ is a song that is a culprit of having only one verse (in a song that unfortunately drags a little because of massive repetition), but nevertheless imparts the theme of us observing the good things that Christ has done, is doing, and will do, throughout all of creation and in the little moments where we often dismiss on a daily basis because of our busy workload or the fact that we’re not looking in this particular area. The album then ends with the songs ‘Hymn of the Holy Spirit’ and ‘I Will Follow’- the former is a modern hymn-like melody present on his debut, as the song is one that asks for guidance from the Holy Spirit in the realms of speaking, vision and hearing from the Lord Himself; while the latter is a spontaneous three minute track that speaks of us following Jesus wherever He may lead, as we become obedient to His calling, out from our comfort zones and into the great unknown where all we can do is rely on the faith we have in the Father.

Pat’s new album (well, not really, really new, it was released in August 2019!) is one of joyous anthems and heartfelt introspection, and an album in general that has been a positive experience for me- far better than a lot of worship albums I’ve heard recently. Regardless of anyone’s preference of worship songs and albums, this new one from Pat is one that’s certain to be enjoyed if you loved his previous studio album in 2018, or if you love similar worshipful artists like Chris Tomlin, Cody Carnes or Cory Asbury. Pat’s songs, though not as currently popular now (when compared to Cody, Cory or even Chris’s music), songs like ‘The Way’, ‘Better’ and even this new one ‘Canvas And Clay’ have been charting the radio over the last year or so. Well done Pat for such a powerful album, one that’s certain to be challenging to us during the upcoming weeks and months ahead as we come together and be reminded that God works things together, all we just have to do is sit back, and watch the masterpiece painter present to us a…well, a masterpiece. Kudos to Pat for such an enjoyable live album, can’t wait for the next full-length studio album, whenever it arises.

3 songs to listen to: Canvas & Clay, Better, Let Everything (Praise the Lord)