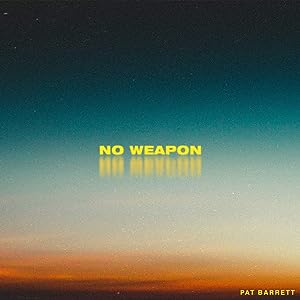 Pat Barrett has had quite an introduction to the music industry within the last few years. With Pat, lead singer of Housefires, signing to the newly created Bowyer and Bow Records created by worship leader and popular artist Chris Tomlin in 2018; it is unknown whether Pat will actually leave Housefires in the future or not, but what remains is this- Pat’s debut solo album was quite possibly one of 2018’s most impactful and poignant, as this ‘new’ artist (though not technically new, he’s been with Housefires for years) gave to us chart-topping songs like ‘The Way (New Horizon)’, ‘Sails’, ‘Build My Life’ and ‘Better’, to name a few. We as listeners are given a glimpse into the artists that Chris is mentoring and influencing. Pat later released an EP titled Build My Life­– featuring 4 tracks of the same song ‘Build My Life’- one the original song, one the radio edit, one the live version, and the last featuring Bethel Music artist Cory Asbury; and now as we fastforward a little to the end of 2019, we see Pat giving to us another album offering with Canvas and Clay, a live project with a whole bunch of new songs as well as some melodies from his debut. With some highlights being the title track ‘Canvas and Clay’, as well as songs like ‘Better’ (from his debut) and ‘Let Everything (Praise the Lord)’ to name a few; Pat’s new offering to us all is the new song ‘No Weapon’, quite possibly a track from the sophomore studio album, whenever that releases.

‘…No Weapon is a song for me, about remembering where our strength really comes from. And, I wrote this song about, I think it’s been about a year and a half, actually. There’s something that happens when you really don’t just remember a promise, but you start to believe it. Especially now, there’s so many scriptures and verses and parables that feel so relevant to this time that we’re living in. For me, Isaiah 54 and Romans 8 were where this song really comes from. It’s about, remembering that the trials that come towards us, really cannot harm us the way our fear thinks they can. And I hope this song for everyone, is a reminder that whatever you’re walking through, with your family, with your job, with your 401K, with the real things that have now changed in the world, that we remember the promises that hold us close in trust to God. So I hope this song does that for you, that’s what it’s done for me and my family, and I hope that we just remember that no weapon formed against us will prosper…’

There’s not really much more to say about this song than what has already been said in this above quote taken from a behind-the-song video on youtube. It is in the light of these words aforementioned that I continue to listen to ‘No Weapon’ in a way that is indeed a modern worship track. Pat himself is a modern worshipper at heart, delivering great songs, ‘Canvas and Clay’ included, for the church to allow them and equip them into delivering new songs to congregations and declaring new praises to our Father. ‘No Weapon’ is another one of such songs. While the song itself still doesn’t pack as much punch to that of either ‘Canvas and Clay’ or ‘Build My Life’, for example; the song still delivers lyrically and emotionally. The song itself is one of the most joyous anthems I’ve heard in 2020 thus far, that though there are still many polarising views about worship songs and albums and the importance of them in the music industry and society in general; this new song from Pat is one that’s certain to be enjoyed if you loved his previous studio album in 2018, his live offering in 2019; or if you love similar worshipful artists like Chris Tomlin, Cody Carnes or Cory Asbury. Well done Pat for such a poignant track, one that’s certain to be challenging to us during the upcoming weeks and months ahead as we come together and be reminded that God will triumph over every adversary that comes our way, and all we just have to do is sit back, and watch our God defeat these weapons poised to hurt us in any way. Kudos to Pat for such a heartfelt song, can’t wait for the next full-length studio album, whenever it arises.