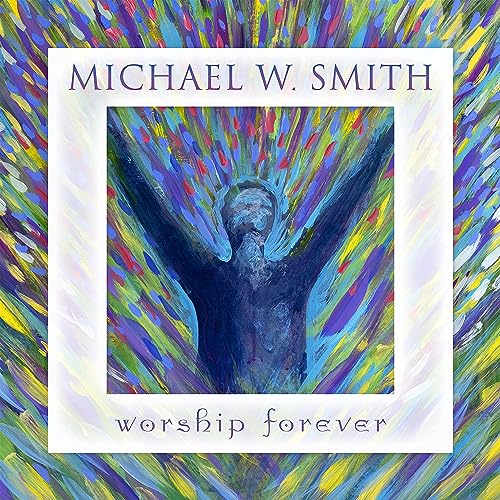 Michael W. Smith needs no introduction. Actually, he does need an introduction. My blog about him that I wrote in February 2019, linked here. And so now that we’re all across all things Michael and his music…he is definitely a legend, a living one at that. Michael, Amy Grant and Steven Curtis Chapman, have all three impacted and influenced CCM from the 1980s till now, and all three in their own way, shape and form, are still active in the music industry, even now. So it is comforting to know that in such an unpredictable and unnerving time of 2020 and 2021 with COVID-19, Michael continues to create music, even if live shows aren’t as frequent and prevalent within the last couple of years. Nevertheless, Michael unveiled to us Still Vol. 1 late last year, and while the concept and heart of the album was in the spot, the execution of it, left much to be desired (according to my own opinion). I reviewed the album (seen here), and while I didn’t fully connect with each of the 10 tracks on it, I was reminded of how other people could be impacted by this from the get-go. Nevertheless, I rated Still Vol. 1 pretty low, and thereby encouraged us all to check out Freedom and Glory again- before listening to Still Vol. 1 if people could. Now fast forward again to September 2021, and we are given yet another musical offering by Michael- this time it’s a like-for-like 2021 re-recording of Michael’s iconic 2001 album Worship– this time it’s delivered with guest vocalists Matt Redman (guesting on ‘The Heart of Worship’), Tauren Wells (on the underrated ‘More Love More Power’) and Amy Grant (duetting with Michael on the ever-powerful ‘Agnus Dei’). Again, the sentiments of this album Worship Forever unfortunately echoes that of Still, Vol. 1– while I love Michael’s enthusiasm and the great additions of the orchestral undertones in each of these songs, this album as a whole unfortunately lacks any kind of originality and uniqueness that attracted us all to 2001’s Worship to begin with.

Michael still is and will always be an iconic musician and singer-songwriter within the confines (and beyond the walls) of CCM, but as much as I really, really wanted to love Worship Forever…I just couldn’t. And that’s not necessarily a reflection on Michael himself- people can either connect with an album, or they don’t. What remains my own issue with this album is this- that the songs are virtually the same- there’s an orchestral rearrangement here or there, but by and large; Worship Forever is a carbon copy of Worship. Down to the tee in terms of the running time of each song here on Worship Forever as compared to Worship. Which is a shame though, because I know that Michael’s songwriting and musical arrangements are better than this. Nothing wrong with this album at all though. Far from it. The songs on here are great, in and of themselves. Songs like ‘Forever’, ‘Open the Eyes of My Heart’, ‘Above All’, ‘Agnus Dei’, ‘Breathe’, ‘Draw Me Close’, ‘More Love, More Power’ and ‘Awesome God’ are songs that are indeed timeless that we’ll continue to listen to, and enjoy, for years upon years to come…it’s just that I heard all of this before- on Worship 20 years ago. As much as I know this album is created to attract in a younger audience, and to hopefully modernise the songs that made up an album that, rightly or wrongly, encouraged millions of people in the wake and aftermath of the 9/11 attacks; Worship Forever feels soooo similar to Michael’s album 20 years ago, that the album as it stands now and today, may not get the same traction and popularity as the same (but different) album launched 20 years prior.

But at least the album is reminding us of the timelessness of worship songs, right? At least the album can bring to light, songs from yesteryear and give us an encouragement that songs from long ago can still impact and encourage today, right? However you believe the motivation of Worship Forever to be; Michael has nevertheless delivered an album that reminds us of the unfortunate events of 9/11 (because yes, when I do think about Worship I do synonymously think about 9/11, purely on the basis that the release date for Michael’s Worship was in fact, 11th September 2001), and how songs that were important to us all 20 years ago, can resurface today and still be as poignant as compelling now, more than ever. We live in a broken and divided society, and the whole bunch of ramifications that have come from COVID-19 has divided us more so than before. An album like Worship Forever (essentially a carbon copy of Worship) now takes on a whole new different meaning against the backdrop of the 20th anniversary of 9/11, as well as COVID-19. But herein lies the point. As much as I appreciate the sentiment of Worship Forever and the ideas behind it, one listen to this album and, aside from the orchestral instrumentation and the 3 guest vocalists; I can’t really tell the difference between this and Worship from 2001. Which for me shows that I probably am not really the target audience for this.

If I want to listen to Worship, I don’t have to listen to Worship Forever, because aside from Michael’s new song ‘Sing Again’ (which in fact is one of the few highlights on this album), all the other songs are on previous albums. The majority of Worship Forever is on Worship (tracks 1 – 11), with Michael also unveiling a medley of ‘Surrounded’ and ‘Waymaker’ on Worship Forever as well. However, people perceive Worship Forever as a holistic piece, I felt not as connected to this album as I initially thought I was going to be. Maybe following the structure of Worship to the tee on Worship Forever can ultimately take away some of the poignancy of Michael’s 2021 live project? Who knows, but maybe, what would’ve been a better way of releasing this album, would be to have more guest vocals, and have people sing the songs that have maybe impacted them 20 years ago. Like, just have Michael conduct the orchestra, play some instruments, and have other people sing the songs- people that feel connected to these songs 20 years ago, and now as well. Maybe that can be an album idea (for someone else) in the future? Worship Forever could’ve played out like that, but it didn’t. We received something that was basically, somewhat of a carbon copy of an album released 20 years ago.

And while I can appreciate the reasons why Michael released the ‘new’ album like he did, I didn’t receive it as I thought I was going to. That doesn’t discount anything that Michael has done, pre-Still, Vol 1. And while Worship Forever is in fact better than Michael’s 2020 ‘album’; that’s not really saying that much though. Worship Forever is good for those who haven’t heard of Worship before. But I’m sure a lot of people have. And because of this, more thought should’ve gone into the creation of this album than what was given. Nevertheless, this album does have it’s bright sparks (the collaborations, the new song ‘Sing Again’), but nothing that’ll make me score this album any more than a 2.5. Worship Forever was unfortunately a missed opportunity by Michael. Hope that his next release (maybe an all-new full-length album coming soon??- his last one was 2018’s A Million Lights!) comes sooner or later…maybe TBA 2022? Michael’s still the best in the business, and these songs from Worship Forever are still good. Who knows, maybe the more I listen to this album in the upcoming weeks ahead, the more I can enjoy this album as I thought I was going to? Who knows, only time will tell.