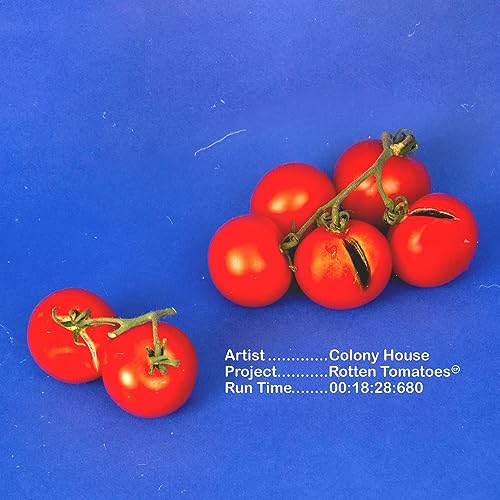 Reflective, introspective music and me at times haven’t always gelled that well. Apart from personal, honest and emotional worship and Christian music; sometimes hearing a mellow track that doesn’t explicitly speak about Jesus, more often than not doesn’t resonate with me right away. Normally with songs other than ‘Christian’ songs, it takes a while for me to be fully immersed into the message and heart of slower, reflective, mid-tempo ballads (inclusive of artists like John Mayer, Jason Mraz, Jewel and Sarah McLachlan). It’s different with upbeat pop songs, as you’re dancing and toe tapping away to the catchy beat- but with songs that have less of a radio format; these tracks aren’t that polished and hence not as engaging from first listen. Yet over the past few months, and even up to a year + ago, I’ve been inspired and moved from the get-go by an artist who on the whole is reflective, contemplative, and introspective in nature. They do not sing about the parties and the good times we can experience in this life; but rather this artist speaks about matters beyond the natural. Colony House, who we have blogged about here; have released 3 albums, and each speak about heartfelt, personal, relatable and relevant topics- ranging from love, life, God, death, relationships, our inner psyche, the human condition and everything in between. Similar to Needtobreathe, Skillet, Switchfoot, for KING & COUNTRY and up-and-coming sibling trio Echosmith; Colony House have toiled and toiled and toiled. And as an opinion, I firmly believe that there is no other album to inspire, to comfort, to encourage, to provide hope to us in this time, than Colony House’s January 2020 album- their third project Leave What’s Lost Behind, produced by Ben Shive. We reviewed the album here… but now the guys are back with Rotten Tomatoes EP and a whole lot more powerful, compelling, moving and hard-hitting melodies. With lead singer Caleb Chapman (Steven Curtis Chapman’s son!) drawing us in with his passionate and earnest vocals; this EP may be uncomfortable… but I reckon it’s one of the few EP’s that is a must listen this year.

It’s amazing what his [Dad’s] legacy, and the intentionality in his career, what doors it’s opened for us. We would be very foolish not to embrace that and claim that. He did good work, and that has paved the way for me and my brother to probably skip out on a lot of headaches. That’s not say we haven’t paid our dues, but we’ve always been grateful for the shortcuts we’ve been able to take because of him.

More than ever in the world, I feel like around every corner someone’s just begging for your attention. There’s so many pulls to get our brains thinking about something other than the life we have the gift of living. [That gift] is usually in the community we’ve created around us. For me, living intentionally – which is a constant struggle – is making sure I’m present in the moments I have. That’s with my children, my wife, my bandmates – it’s not just about recording songs, it’s about really investing in each of their lives.

I think in hindsight maybe our family would’ve done that a little differently [how we dealt with the aftermath of Maria dying]. Not that we regret it – I think it was a beautiful testimony, and a beautiful way to openly share hope in grief [and] there’s no remorse in that. But the world has changed so drastically in how much of our lives we can share, that you have to be more intentional about how you protect those parts of your lives. Sometimes I wonder whether it would’ve been healthier to grieve more privately, but our family is still whole and that’s what’s so beautiful about it.

For those of you who haven’t read about Colony House or their rise to fame, you can read about them in our blog. And now that you’ve caught up, let me just say that though Rotten Tomatoes EP virtually released out of nowhere, can I just say that these guys have delivered one of the most compelling and inspiring EP’s of the year? “O Ya”, an intense head-banging rocker akin to something Skillet or Switchfoot would record, speaks to our inner-most being, as Caleb and co. fervently relay to us to start actively living and never letting life pass us by. With the band outlining that we all need to ‘take matter into your own hands’ and ‘break pattern, put it in motion’, we are encouraged to take a step of faith and forge our own path even if it isn’t the norm- similar in theme to Switchfoot’s “Dare You To Move”. “Lights On”, another rock melody, is next, and is a song whereby Caleb as the persona in the song confronts the other person in the song in which it is directed to, asking them why there is animosity and division between them. With the song being a sort-of-plea and a question to people who have hurt us asking why, hopefully this track brings healing to those hurt by friendships or romantic relationships; and hopefully we can all move on knowing that some relationships end and that’s what happens in the world we live in today.

Have you ever heard an intense rock song about love and the beauty and mystery of it? If not, then I guess “Natural” would be fore you; as the band fervently and ardently sing praises about their partners. “Automatic”, with Fleurie on guest vocals, is the penultimate track on Rotten Tomatoes EP, and speaks about a couple in the middle of a disagreement, but with the foresight and the prior knowledge that their fight won’t last long, as their forgiveness and love to each other is automatic. It’s a love song at its core, and a declaration that I hope we all can aspire towards; while the EP ends with the moody and reflective rocker “Motion”. With the band essentially encouraging us all to move forward and actively work for the future we’d like to see instead of passively and idly letting our lives pass by, wondering why our friends and family hate us, or at best tolerate us; this melody should be something that is the catalyst for active change, and is a must to listen to when you feel stuck in the mundaneness of life.

Is Colony House being passed the baton of rock music from Switchfoot or from Needtobreathe or from Skillet- at least within the confines of Christian music? It sure seems like it here. For me there’s no fault with this EP- it’s actually one of the most impactful and hopeful EP’s of 2021! As we are glimpsed into one of the finest storytelling pieces of just pure art- that will live on and on and on in the hearts of many; if you’re not a fan of Colony House by the end of this exquisite listening experience, then you probably never will be! Will, Caleb, Scott and Parke have created something special here, and something to be proud of. So jump on the band wagon, everyone… I think I’ve convinced you all enough! If not, then listen to Leave What’s Lost Behind!

3 songs to listen to: Lights On, Automatic, Motion