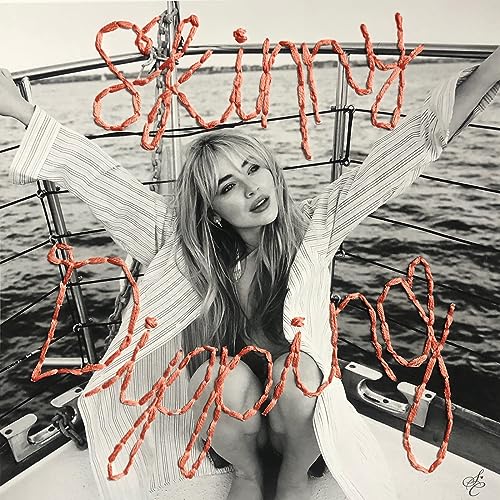 One of the rising pop stars at the moment is Sabrina Carpenter. An actress as well, Sabrina has inspired, comforted, encouraged and provided us all with thought-provoking and confronting pop songs. With Sabrina being a different brand of pop- not the kind of superficial and party-pop that is filled with expletives galore, but rather a deeper pop that discusses real issues, or at least a care-free pop that is just soothing and calming to listen to; I personally blogged about Sabrina and spoken at length as to why I believe she is one of today’s most influential ‘up and coming’ artists; and thus, with the release of Sabrina’s brand new single “Skinny Dipping”, I thought- why not voice my thoughts on the latest song of who I reckon is still one of the most underrated stars of today?

At first glance, even before listening to the song, one could feel that this release speaks about a party where you take your clothes off. But thankfully, the track is much deeper than that. With Sabrina singing about saying goodbye to the a past ex (or even saying goodbye to the old self) and saying hello instead to the new person inside who is alive without any attachment or baggage; the melody on a deeper level is about trading your old life for the new. Or at least that’s what I gleaned from the music video… anyway, what I gained from the song may be different to what you yourself have gleaned from the melody. And that’s the beauty of songs. This song in particular is vague- and maybe that’s intentional. And thus, can I end this ‘review’ of sorts by saying that perhaps this song signals the beginning of the new Sabrina? Did Sabrina break up with Joshua Bassett, the subject of Sabrina’s previous single “Skin” and hence she is moving on as a single person? Or as Sabrina evolved in her morals and values and is now a different person to who she was at the beginning of the year? We may never know. But one thing is for sure. That I am super excited and stoked for the next full-length album from Sabrina! One listen to this underrated gem… and I’m sure you’ll all agree with me too! Well done Sabrina Carpenter, for this song with lots and lots of lyrical treasures to unpack!