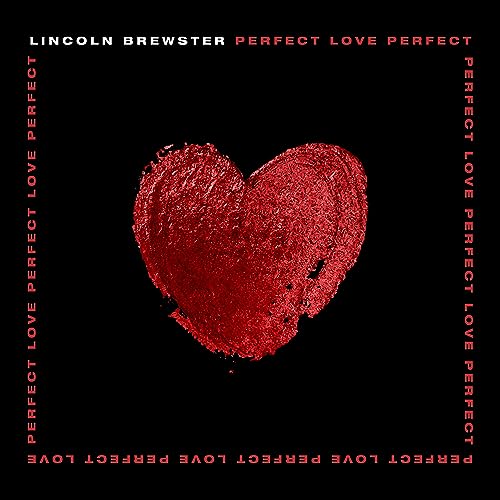 Lincoln Brewster is one of my favourite worship leaders, and worship artists. Maybe within the top 5 ever. There. Period. Maybe up with others like Paul Baloche, Tim Hughes, Meredith Andrews and Phil Wickham to round out the top 5 favourite worship artists of all time (solo artists that is, with worship band Delirious? being my favourite worship band ever!)… so sorry Chris Tomlin, Lincoln just nudges you out… no seriously, Lincoln’s worship is certainly underrated. Possibly one of the most energetic and enthusiastic guitarists around ever, surpassed only by Stu G., guitarist of Delirious? Lincoln’s passion for worship is shown in any album he records. Though he’s been around the music industry delivering worship songs for a while; Lincoln’s passion for worship and his heart to create and present to us heartfelt songs that stir up a passion for worship, has never wavered. Known for his church and radio favourites, from ‘Today is the Day’, ‘There is Power’ and ‘God You Reign’, to ‘Let the Praises Ring’, ‘Sinking Ships’, ‘Oxygen’, ‘Made New’ and ‘Majestic’, even his more recent songs from his most recent studio album God of the Impossible– ‘Here I Am’, ‘No One Like Our God’ and ‘Everything’, to name a few; much of Lincoln’s music catalogue are both catchy and heartfelt, alongside it being grounded in biblical scripture and the Word of God. And while I reckon that is what all music for the church should be, grounded in the Word, sometimes we get some songs that are just a little bit more theologically firm than others. Not to have an attack on worship music in general, it’s just that Lincoln and his music has always been special for myself and my own spiritual growth. Since walking away from a mainstream music career when he was young in his twenties, Lincoln has since proven to be a reliable worship artist, as we see time and time again, songs that tug at the heart and challenge the listener in their own walk with Christ. Now we are in the middle of 2021, and what do we have? Yes, another new album from Lincoln- Perfect Love.

Now first let me preface this ‘review’ by saying this thing- I love Lincoln Brewster’s heart for music and ministry. A lot of his music before Perfect Love has been a joy to listen to, especially as a whole, his 2014 album Oxygen and his 2018 offering God of The Impossible. I have thoroughly respected Lincoln’s music of the past, and has ability as an impactful guitar player, and that isn’t going to stop now. But what I have to say about this album Perfect Love is this- unfortunately, and I hate to say this- the album is forgettable. Yes, there I said it. Standing at 11 tracks, I listened to the album straight through…and then didn’t have the urge to listen to it straight through, again. I just went to my standout songs. Songs like ‘Who Am I’ (a review of the song when it was released as a single, can be seen here), ‘If Not For Christ’ (Lincoln’s decent attempt of creating a modern-day hymn), ‘Surrender (My Heart Is Yours)’ (an instrumental-heavy song about surrendering to Jesus and giving everything that we have to Him) and album ender ‘O How Great’ (just a great worship song that can easily be sung in churches in the upcoming months ahead)  are just some of the standouts on the album, and bring a bit of redemption to an otherwise downer-of-an-album.

There, I said something that many Lincoln Brewster-enthusiasts may dislike me for. Nevertheless, I have to state what I see- the music is still top notch, his guitar playing still of a calibre only rivalled I believe, by Stu G. But the lyrics on a lot of the songs on this album, namely ‘Move’ and ‘Nobody Like You’- (‘You make me wanna move like no one’s watching, I know You’ll get me through, gonna keep on walking’ [Move], ‘I’m feeling it from my head down to my feet, from Your heart as it moves me to the rhythm of the beat now, I never have to question, I just know, there’s nobody like you’ [Nobody Like You]), just seems uninspired, and frankly, uninteresting. I know Lincoln’s music has struck a chord with me over the years, and there are some redeeming qualities on this album. But by and large, Perfect Love is an unfortunate misstep, and reminds me of some of the overproduced Planetshakers music than something that Lincoln would create. And that’s a shame- because this album conflicts me a little bit- the one hand, the music is great, and musically, Lincoln’s abilities have never been accentuated and highlighted on any other album than this one, and yet, lyrically he seems to pale in comparison to a lot of his previous work. Regardless of how I feel about this album right now, here’s hoping that I can maybe warm up to a few of the ‘uninspired’ songs into the future- who knows, maybe with a few months removed from the album release, I can see Perfect Love in a new light. But from where it stands right now, this album won’t be one that I’ll recommend in its whole-album capacity- just songs here and there (‘Who Am I’, ‘If Not For Christ’, ‘O How Great’ to name a few). And if someone else is impacted greatly by Perfect Love, then praise God. But for me, I’d probably be going back to listen to Oxygen and God of the Impossible again before I check out Perfect Love again. Maybe some distance from the April 30th release date will do be some good. Now, off to listen to some earlier Lincoln Brewster music, or even listen to some Tim Hughes or Phil Wickham…who’s with me?

3 songs to listen to: Who Am I, If Not For Christ, O How Great