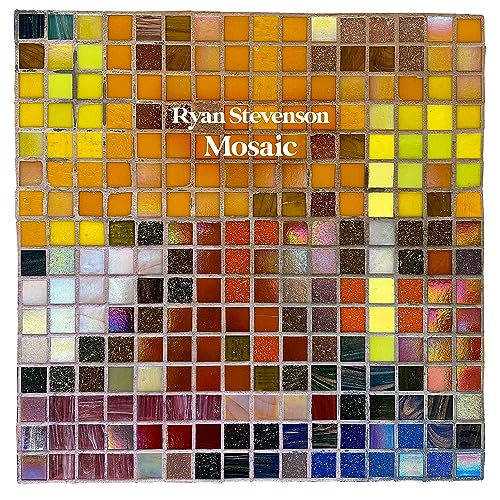 One of the mainstays on Gotee Records, alongside Cochren & Co., Aaron Cole, Courtnie Ramirez, Richlin, Jon Reddick and Terrian; Ryan Stevenson has been creating music for the people, and songs to inspire us all for a while now. Yet, if I am to be very frank and honest; prior to his powerful and emotive radio single, “Eye of the Storm” that peaked as high as #1 on Billboard Christian Songs Charts in 2016, I’m not even sure that many people even heard of Ryan and his music. I mean, even though Ryan has been within the music business for a few years, releasing an EP Yesterday Today Forever on BEC Recordings and Holding Nothing Back, his new 2nd EP, on Gotee Records in 2013, it was his debut full length album Fresh Start, that featured “Eye of the Storm”, that really placed this new singer/songwriter on the map of anyone who loves CCM (like myself). Ryan’s music has been impacting people over the last few years- songs like ‘With Lifted Hands’, ‘The Gospel’, ‘No Matter What’, ‘Not Forgotten’ and ‘Holding Nothing Back’ to name a few; so when the new song by Ryan, ‘Mosaic’ released this past Friday, I was intrigued to say the least.

‘…sometimes, because of our mistakes and mess ups in life, we feel like we’re damaged goods, and have no value to God. This last year the Lord really woke me up, and began to show me that he doesn’t use us in spite of our failures, he actually uses those things too! What looked damaged & dirty gets cleaned up, fused together with His love; and becomes a beautiful work of art as his light shines through us…’ Let me just say that I usually love Ryan Stevenson’s music- just check out my review of his latest full-length album Wildest Dreams…but with ‘Mosaic’, let’s just say that I wasn’t not as engaged with the song as I initially hoped. Despite the overall positive atmosphere of it, and the message behind it, I heard the song when doing other things around the house, then I played it again hoping the song would grab my attention, but then I also did more things around the house the second time. With that being said, I don’t think ‘Mosaic’ is a bad song per-se, it just didn’t grab me at the moment. And maybe that’s ok. I’ve learnt that not all music is going to be at the same level of engagement, and what I may gravitate to, could be different to what other people could instantly like. And so, for ‘Mosaic’, I acknowledge that this song is heartfelt, emotive, and challenging lyrically, but for me, I wasn’t as impacted as I thought it was going to be. Nevertheless, Ryan’s music still is a space and place for me to explore something new and different compared to a lot of what CCM gives to us, but ‘Mosaic’ seems to fall within the endless sea of CCM tracks that seem to blend together. Maybe I opinion of the song could change in the future, maybe not. But regardless, ‘Mosaic’ still needs to be heard at least once, maybe someone else will love it more than I did. Regardless, new music could mean just one thing, right? Another new album in the near future?