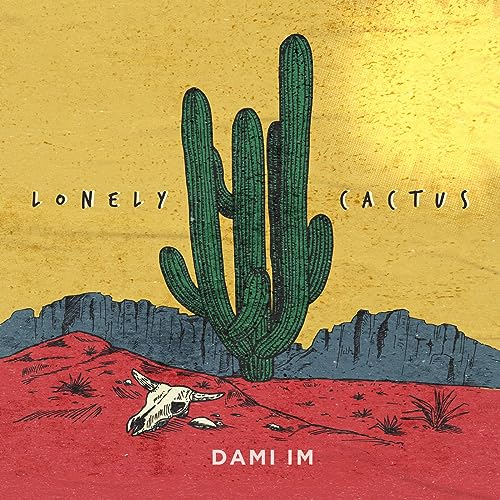 Everyone knows Dami Im, right? Or so they should. This little-ol’ Korean-Aussie went nearly all the way (came in 2nd) in the 2016 edition of Eurovision with her song ‘Sound of Silence’, and so, I’m sure people have heard of this Aussie that nearly claimed 1st prize on a competition mainly won by European countries. But I guess apart from that…I’m not sure if people know of Dami’s powerful voice, or her big personality, and even though she has won the 2013 year of X-Factor Australia, I’m not sure if people know who Dami Im really is…yet. And so, my brother Josh wrote a blog about her and her influence and impact both now and into the future, and so it is in that light of respect and admiration for Dami and her music, that I was intrigued to see Dami release new music over the 2020/2021 period. Songs like ‘Kiss You Anyway’, ‘Marching On’, ‘Walk With Me’ (a duet with Swedish artist Mans Zelmerlow) and ‘Paper Dragon’ all highlighted Dami’s continual impact and influence in the music industry, especially the Aussie one, but for me, it was the song ‘Lonely Cactus’ that released quite recently (February of this year) that was really a standout for me amongst the most recent releases of Dami’s music- in fact, I reckon ‘Lonely Cactus’ is possibly the most meaningful song she has recorded since 2019’s ‘Crying Underwater’.

Dami signed to ABC Music in 2020, and her first single on the label, ‘Paper Dragon’, was going to be her song that she’d sing in Eurovision- Australia Decides 2021. But because of COVID-19, and the cancellation of Eurovision 2020, Dami’s planned reintroduction into Eurovision was postponed from 2021, to…I dunno when. Nevertheless, ‘Paper Dragon’ was going to be the song that Dami was going to sing in the 2021 Australia Decides competition; and following on from ‘Paper Dragon’ is ‘Lonely Cactus’- both of which are going to be on Dami’s new album to be released sometime in the remainder of 2021. Dami wrote the song ‘Lonely Cactus’ during COVID-19. And in an interview with the publication Herald Sun, Dami relayed to us the process behind writing the song ‘Lonely Cactus’- ‘…I wrote it during COVID world. There were days when I felt lonely. I needed to make friends or see my friends. Other days I just wanted to be alone – everything was annoying me; I started to not answer phone calls. We made the lyrics into talking about another person because you don’t want to sound like an arsehole in your own song! But it is about me. I found it [the lockdown] emotionally difficult because all our plans crashed. At the same time I was able to figure out how my new album should sound. Ever since leaving [my record label] it’s been a time of transition; going back to what I’ve always wanted to make. I had to do projects and cover albums that weren’t necessarily my ideas, and last year I had time to figure out what my ideas actually are now I have the freedom to do that. So in hindsight, 2020 gave me good space to explore and experiment… I don’t want to piss anyone off, but I really needed to make music that fits me as an artist and a person. Being with a big label has its benefits, but it really limits you. You don’t get full control and if the vision isn’t aligned, you waste a lot of time. That was happening to me for a few years. I needed to leave that situation. I feel really creative now…’

So I guess that’s how Dami signed to ABC Music, and that’s why recently, she’s been releasing a slew of original material instead of just cover and live albums that have been released over the last few years. In essence, her upcoming album TBA 2021 would be her second full-length original-material album since her 2014 album Heart Beats…and that’s very unfornate, that she couldn’t (or maybe wasn’t allowed to) release original material between 2014 and now. Nevertheless, ‘Lonely Cactus’ is a stripped-down acoustically driven piano song about isolation during the pandemic, or even about someone who wants to isolate and not be a social butterfly, and the repercussions of someone trying to be prickly because they don’t necessarily want to interact with people, for whatever reason. For someone to be labelled a lonely cactus, is someone calling someone else out, on their demeanour, their inward-looking focus at the detriment of social connections and connecting face to face with people. ‘Lonely Cactus’ reminds us all to be the people in community that we know God has made us for. A song that can hopefully have the impetus to bring about positive change in people’s lives, especially in our lives post-COVID-19; ‘Lonely Cactus’ is a cleverly written song about cacti, but not really about cacti, if you know what I mean. Well done Dami for such a clever song, can’t wait for the upcoming album, whenever it arises in 2021!

‘…Initially I wrote it as I’m a lonely cactus. I was in lockdown with [husband] Noah, and I wanted to socialise again and find connection. But when things opened up and I was going to catch up with friends, I couldn’t be bothered. I wanted to be by myself. I love being by myself, and I had gotten so used to that. And eventually we changed the lyrics to ‘you’re a lonely cactus’ because it was just easier to write about someone else. And I could think of three or four people in my life who are just like that… I found out that you can eat cacti, and I decided to give it a try, and it didn’t end too well. I saw on YouTube, people cutting a piece of cactus in the desert, putting it on the fire and eating it. I decided to get one, put olive oil on it and seasoning, and put it in the oven. I ended up gagging. It was slimy and a bit sour; and smelled like beans and weird herbal medicine. It wasn’t pleasant…’