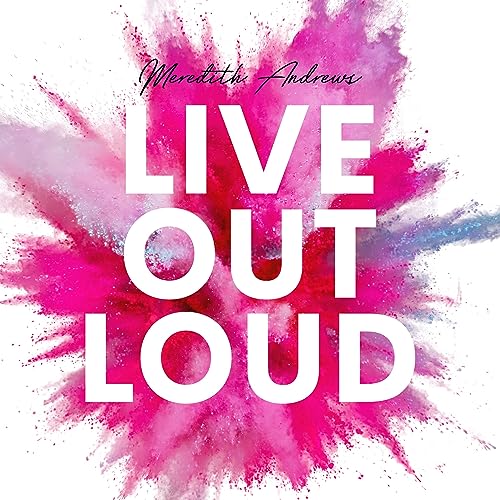 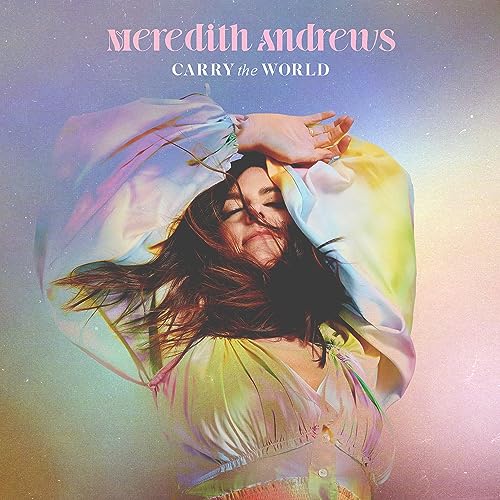 One of my favourite worship artists ever (alongside others like Phil Wickham, Tim Hughes, Paul Baloche and Christy Nockels) is Meredith Andrews. The Wilson, North Carolina native, has continued to deliver albums that speak deeply and immensely to the soul and impact listeners throughout her more-than 10 year career at Word Label Group. Since bursting onto the scene in 2008 with her chart-topping song “You’re Not Alone” and the debut album The Invitation, Meredith has unveiled to us songs over the years that have impacted us all; as we are continually ushered into a mindset of worship that is not conditional on how we feel, but on what the word of God says Christ is to us, at every waking moment. Standout and impacting songs like “Can Anybody Hear Me?”, “Worth it All”, “Not For a Moment”, “Pieces”, “How Great is The Love”, “Spirit of the Living God”, “Soar” and “Strong God” (to name a few) have been confronting, challenging and heartfelt; as these melodies are full of lyrical richness and raw honesty that hasn’t really been felt and/or experienced predominately in terms of female-fronted worship artists and albums for a while (aside from Kari Jobe). Only recently there has been a surge in popularity of female-fronted worship artists (Steffany Gretzinger, Amanda Cook, Kristine DiMarco, Hannah Kerr, Hope Darst, Anne Wilson and Elle Limebear, to name a few); do we have Meredith to thank for this?

Meredith’s passionate vocal and her distinct and trademark voice alone ought to be enough for anyone to listen to any album from Meredith, at least once through. And upon the heels of her live EP that released in March 2019, titled Faith And Wonder (Live), both Faith And Wonder (Alternate Versions) EP and A Million Saints (Alternate Versions) EP were unveiled- in August 2019 and May 2020 respectively. As a whole, we thought that these EP’s were… less than impressive- the reviews my brother Jon wrote for the both of these ‘unique’ EPs, seen here and here, weren’t rated highly at all… and that’s putting it lightly. While we can all still appreciate Meredith’s music, and on the whole enjoy her songs over the years; both these EPs (1 song redone 5 times…x 2) are overkill and unnecessary. Thankfully, Meredith redeemed herself with the moving and powerful Spanish album Ábrenos Los Cielos; and now here we are, in 2022, and Meredith is at it again. No, it’s not a full-length originally written album and a follow-up to Receive Our King in 2017; but rather it’s two more singles. A pop melody in “Live Out Loud”, and a worship track in “Carry The World”.

“Live Out Loud”, a commanding declaration that we as believers are going to live in the present and live in all of God’s promises to us, no matter if they have come true for us or not; is a pop track where Meredith sings with passion, determination, and firm unwavering belief. Singing a song with the assurance that we have in Jesus, is something that is quite liberating; with Meredith passionately also outlining that there isn’t any power in heaven or on earth that can physically stop us from living in the ways that Jesus has set out for us. While “Carry The World”, cowritten with Ryan Ellis and Andrew Bergthold of We The Kingdom, is a stirring piano led acoustic type worship melody; where Meredith fervently and ardently relays to us that we can’t carry the world in our hands because of all of life’s pressures; but Jesus can, and so we can surrender everything to Him in the peace and knowledge that He has everything under control.

Meredith Andrews has long been an artist who has recorded both worship and pop melodies, both to perfection and to critical and commercial acclaim within the CCM industry. And now, with these two songs, we are presented with two sides to Meredith, and the songs that will presumably form the backdrop of the next album Meredith will release. It’s been a long time since a new studio worship album (6 years since Deeper!); but Meredith Andrews is back, and back with heartfelt and inspiring melodies. I don’t know when this new album is due to release… maybe it’s 2023? Regardless; “Carry The World” and “Live Out Loud” inspire us to live for Jesus and to worship Him wholeheartedly, and for that reason, Meredith should be congratulated. Well done Meredith for these two powerful tracks. Hopefully, there’s a new album from Meredith in the future, whenever that may be.