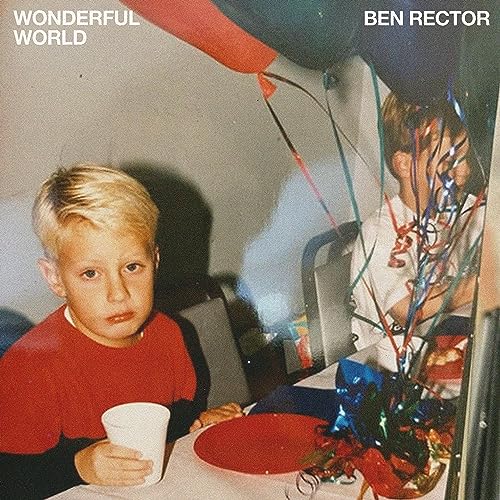 Early on in the year, I reviewed an album from an artist that I didn’t think much of. And I actually stumbled upon the album of the year- at the time. The Joy Of Music from Ben Rector, on multiple listens, becomes more and more enjoyable; and Ben’s infectious and contagious melodies of positivity, optimism, and joy (no pun intended!), is just what we all need as a human race, especially since the chaotic Oscars and the Smith/Rock incident occurred a few days before I reviewed the album. At the time of me reviewing The Joy Of Music; I hadn’t really dived deep into Ben’s discography at all, and I only knew the song “Brand New”. But when I heard about Ben’s album; I decided to take the plunge and listen to Ben’s 13-track album of cathartic, healing and soothing melodies. Ben’s album may be underrated; but let me tell you, it is a gem worth diving deep into, even if you don’t love pop music at all! I didn’t know what I would be getting myself into when delving into The Joy Of Music, but I’m glad I actively listened to this album… simply because it’s an epic masterpiece. Sure, the album cover can be a bit childish, with the puppet reminding me of the Muppets and Sesame Street, but the intention of being childish in this album works. As we become older, cynicism, distrust and paranoia can seep into our souls and our very beings, and Ben is encouraging us to set aside our prejudices and preconceptions for a bit, and just bask in the presence of the Holy Spirit moving and ministering to our souls. A self-profession believer in Jesus, Ben inspires us to live a joyful life through this album. We also reviewed Ben’s new single “What Makes A Man”, a collaboration with country singer Thomas Rhett. But now that Ben has delivered another new song “Wonderful World”; I mean, it’s only fitting that I voice my thoughts, don’t you think?

I wrote ‘Wonderful World’ with Jordy Searcy and Andrew Tufano at Andrew’s house. [it’s] one of those special days where it felt like things were pulling themselves together. I’d carried so much angst and pressure around my career, realizing that the momentary peace or sense of accomplishment from achieving things career-wise was paling in comparison to what I felt being a father.

The video was my friend Brian Shutters’ idea (he did the video for “The Thanksgiving Song” and has been integral in helping me pull many visual things together). When he sent me the treatment I thought it sounded ambitious and was immediately into it. The way he and Stu (Stuart Hotwagner, co-founder of Shuttershot Productions with Shutters) pulled off some of the shots is mind-blowing, I think the video is a real achievement. Their attention to detail brought everything to life better than I could have imagined. In a way the video felt exactly like the song to me, it kind of clicked together instead of needing a bunch of fixing or sewing up.

There truly isn’t anything that I can say about Ben Rector’s “Wonderful World” than what is already reiterated in the song and music video. A heartfelt acoustic guitar type melody where Ben fervently and earnestly sings about living his life to the fullest and believing that this world is wonderful with all of its highs and lows; “Wonderful World” is near-flawless, inspiring, moving and incredibly unique. Ben is an artist and a songwriter and an entertainer and a storyteller; and we are blessed to have him showcase his talents. A song that could be a stand-alone single or even a lead single for his next album (and really, now is the time where I need to go back and listen to Ben’s previous albums!); you should all listen to this song and by extension, Ben’s previous album from start to finish, and just soak it in. And… that’s all. Listen and be amazed! What do you think of everything Ben has released this year?