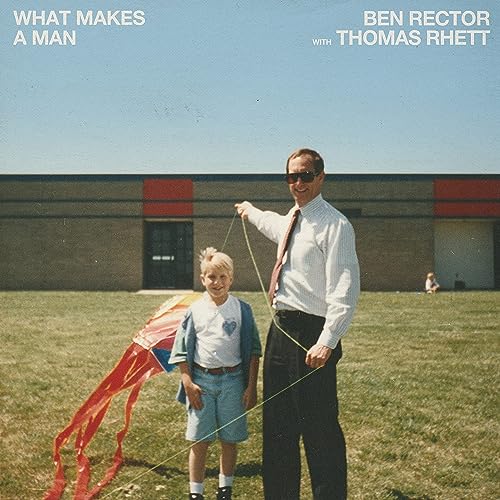 Ben Rector and Thomas Rhett have both enjoyed stellar careers thus far- as a site, we reviewed both The Joy of Music and Where We Started, as we delivered acclaim for both. Both are just artists that make you think- we wrote about Thomas’s impact and influence when it comes to an artist, for the generation of today, in a blog post recently, and though I think we could’ve written about Ben, in another place and time, the fact of the matter still remains, that both these guys deliver thought-provoking music. Sure, they can have their silly, jovial moments, like the songs ‘Sunday’ or ‘Bass Pro Hat’, but all in all, both Thomas and Ben show us songs that can hopefully allow us to ponder our own lives, and to see if there are things within the deepness of our own psyches that we ought to change, for ourselves and each other. So for me to be aware of a song where they both collaborate on together, is something that made me instantly intrigued. Maybe, there would be more of these country/pop collaborations in the future? ‘What Makes a Man’ is sure to hit a chord if you are a fan of these two men individually, or even if you’re a fan of similar CCM artists like for KING & COUNTRY, Mike Donehey or Matthew West.

The song itself is one of reflection, contemplative introspective, and hopefully a motivation to keep persevering through the difficult times, as the persona comes to this understanding and realisation, that finding out what a man really is, can be even more difficult that one can even assume. Ben starts singing the first verse; and reflecting upon how life was like with his own father, and then remunerating on how much of a father he’ll be to his daughters in the future, and what they’ll think of them, after he’s gone. Thomas then chimes in with the second verse, and really hits it home- pondering on his unhealthy obsession-like chasing of success and figuring out if that pursuit makes him a man or not- ‘…If I’m honest, I’m plagued by the fear that I’m not enough so I work hard to measure up, I’ve run a million miles, climbed a mountain high, felt the same when I was done…’ Ben and Thomas then come together to deliver a knockout chorus, and asks the hard questions of what exactly being a man really is- ‘…is it the things you’ve done, the places that you’ve been? Chasin’ down some dream you’vе been imaginin’? Or is it making peace with who you are and whеre you stand? I’m trying to find what makes a man…’ It ends the song on a more reflective and personal note, and reminds us all, that we all need to embark on this journey about finding out what it takes to be a man, and what being a man really is to us, personally. A song that can hopefully be a catalyst for inward change, this is a must, if you’re a fan of Thomas, Ben or maybe even both. Well done to both of you for this compelling and challenging song. Can’t wait to see how this song is used to shape people’s lives in the upcoming weeks and months ahead.