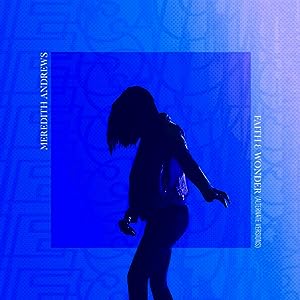 One of my favourite worship artists ever, alongside others like Chris Tomlin, Tim Hughes, Paul Baloche and Christy Nockels; Meredith Andrews has continued to deliver albums that speak to the soul and impact listeners throughout her more-than 10 year career at Word Label Group. Since bursting onto the scene as she unveiled her chart-topping debut single ‘You’re Not Alone’ way back in 2008, this Wilson, North Carolina native has unveiled to us songs like “Can Anybody Hear Me?”, “Worth it All”, “Not For a Moment”, “Pieces”, “How Great is The Love”, “Spirit of the Living God”, “Soar” and “Strong God” (to name a few), that have all been impactful, for me at least. Full of lyrical richness and raw honesty that hasn’t really been felt that much in terms of female-fronted worship albums for a while (only recently with the surge in popularity of female-fronted worship artists under Bethel Music (Kristene DiMarco, Steffany Gretzinger, Amanda Lindsey Cook); Meredith’s passionate vocal and her distinct and trademark voice alone ought to be enough for anyone to listen to any album’s from Meredith, at least only once. And upon the heels of her highly anticipated live EP that released in March 2019, titled Faith And Wonder (Live), we see see yet another offering from Meredith- this time, 5 versions of ‘Faith and Wonder’ (quite possibly the next radio single in her music discography)- the original live version, a single radio version, a Spanish version, a orchestral version and an instrumental track.

Can I be honest here? The song is good. Great even. And though I’ve said in my review of the album previously, that the song itself, as good as it is, is quite long, and I quote, ‘…that, while great and definitely must be used for congregational worship in the upcoming weeks and months ahead, [the song] is for certain too long- standing at a whopping 6:39, the song itself I’ve felt drags on for a little longer than it needs to be, and by the time the song has indeed finished, my enjoyability level for the track itself has decreased unintentionally…’ I guess because of the feeling that I’m sure not only myself but others may have thought as well, that Meredith, as good as a songwriter and singer she is, created longer-than-needed-to-be songs on her live EP, this new invention- 5 versions of ‘Faith and Wonder’, was borne- maybe because of the fact that as ‘Faith and Wonder’ the song garners traction to become a single on the radio, the song ought to be tweaked to fit the confines of what a radio single should be. Nevertheless, the song itself isn’t bad, the length of it can sometimes work against it, which in the case of the title track on the EP, it has. But, having said that, 5 versions of the song available separately to her live EP seems a little too steep for my own liking. Maybe the four extra songs on this brand-new EP that weren’t present on her live one should’ve been tagged onto her live EP, making the track listing 10 songs instead of 6.

And with the advent of Spotify and other streaming services, the release of this ‘alternate versions’ EP seems to be redundant. Because it is. Nothing against the song- and all the arrangements are spot on- I myself especially love the orchestral version of the track. But where there seems to be more marketing than actual thought in releases is this- releasing an EP, where its ‘X’ amount of versions of the same song, and then charging a higher price on that EP, than the EP with a plethora of songs- yes, Faith and Wonder: Alternate Versions is indeed more expensive to purchase than Faith and Wonder (Live)! Go figure! Nevertheless, Meredith is one of the best female worship leaders out there (alongside Amanda Cook, Kari Jobe, Christy Nockels, to name a few), and maybe, just maybe, the release of alternative versions of the title track on her live EP, can maybe encourage people to give the live EP itself a second chance. I know I will, in the upcoming months ahead! Well done Meredith for the radio version of ‘Faith & Wonder’- here’s hoping there are better and smarter marketing and executive decisions moving forward- maybe, just maybe, alternative versions need not to be released separately compared to the original versions of the songs, maybe just a standard edition and a deluxe edition should surfice?

Score: 2.5/5 (not based on the song itself, just that 5 versions of the same song- which cost more than a full EP of brand-new songs, need not be sold separately, but more so attached to said EP!)