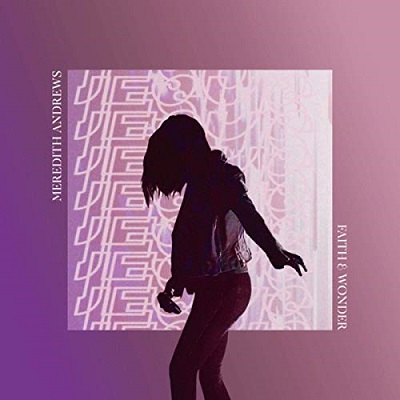 One of my favourite worship artists ever, alongside others like Chris Tomlin, Tim Hughes, Paul Baloche and Christy Nockels; Meredith Andrews has continued to deliver albums that speak to the soul and impact listeners throughout her more-than 10 year career at Word Label Group. Since bursting onto the scene as she unveiled her chart-topping debut single ‘You’re Not Alone’ way back in 2008, this Wilson, North Carolina native has unveiled to us songs like “Can Anybody Hear Me?”, “Worth it All”, “Not For a Moment”, “Pieces”, “How Great is The Love”, “Spirit of the Living God”, “Soar” and “Strong God” (to name a few), that have all been impactful, for me at least. Full of lyrical richness and raw honesty that hasn’t really been felt that much in terms of female-fronted worship albums for a while (only recently with the surge in popularity of female-fronted worship artists under Bethel Music (Kristene DiMarco, Steffany Gretzinger, Amanda Lindsey Cook); Meredith’s passionate vocal and her distinct and trademark voice alone ought to be enough for anyone to listen to any album’s from Meredith, at least only once. Much of Meredith’s music has become instrumental in my own walk with Christ thus far, and with her first live collection of songs, this time packaged into an EP titled Faith and Wonder, being unveiled to us this last Friday (8th March), this collection of 6 songs (the majority being co-written between Meredith and her husband Jacob Sooter) may just be some of her most lyrically profound and vertically worshipful songs to date. While for me the EP was a tad little short, and some of the songs suffering a little from repetition of words, as well as being long in song length at times; on the whole Meredith has delivered an EP fit for the church, as much of these melodies can be used in corporate worship settings on Sunday morning services around the world. For an album, in and of itself, A Million Saints is good for congregational worship, but for us to wait for around three years between albums, such a ‘comeback’ album if you will, leaves the listener a little wanting, myself included.

Released at the end of 2018, ‘A Million Saints’ is the first single from Faith and Wonder, and for me, one of the stronger songs on the EP. Standing at a little under 3:30, Meredith wastes no time in presenting a song that reminds us all that because of what Christ has done, working in signs, wonders, flooding the earth with beauty and glory; is enough for us to fall down with a  million saints from all around the world, and throughout past, present and future, joining as one to declare God to be holy and worthy of our adoration. A song that for me, has become my favourite worship song I’ve heard since Cory Asbury’s ‘Reckless Love’ and Lauren Daigle’s ‘You Say’; we see from Meredith herself about the process behind writing the song itself- I was contacted by my label and they let me know that Phil Wickham had started writing this song, and it didn’t end up on his last album. The label sent me the song. And, I finished it with Mia Fieldes and Hank Bentley. “A Million Saints” is a picture of heaven to me, with all of us joining in and singing, ‘God, You’re holy.’ It’s not just about me or my community. It’s about the church of the world, all nations and all generations singing the same thing, lifting up one name. At the name of Jesus, every knee will bow and every tongue will confess that Jesus Christ is Lord. The song is an invitation for the saints on earth to join in with the saints in heaven, to sing “holy, holy.” One day in heaven, we’ll get to join in with the saints who have gone before us and sing the song of a million saints. In the meantime, we are able to join our voices together in unison and sing about God’s goodness. It is in this quote that I can appreciate and enjoy the song all the more, and though the shortest song on the EP, the concise nature and powerful anthemic moments throughout the song create a melody that’s destined to become one of my favourites, come the end of 2019!

The title track ‘Faith & Wonder’ follows on from ‘A Million Saints’, and features Abbie Simmons of UPPERROOM featured as co-vocals, delivering a song that, while great and definitely must be used for congregational worship in the upcoming weeks and months ahead, is for certain too long- standing at a whopping 6:39, the song itself I’ve felt drags on for a little longer than it needs to be, and by the time the song has indeed finished, my enjoyability level for the track itself has decreased unintentionally. What this album has done, unintentionally or not, has created melodies that while good, seem to follow more of the Jesus Culture model- create a song, and let’s drag it as long as humanely possible, hereby creating albums where people’s attention span is tested when hearing such albums. Here with Meredith’s ‘Faith and Wonder’, it’s not that drastic like Jesus Culture and their long songs, but, Meredith’s title track, alongside ‘Open Over Us’, do exactly just that! Nevertheless, the duet in the title track works nicely, while ‘Open Over Us’, despite it’s long song length nature, is nevertheless a good song that of who God is- giving and honest, wanting to shower us with kindness, blessings and mercy. We are reminded through this melody of who God is to us, and who He is still becoming for us- a healer, saviour, defender and comforter. Regardless of song length, Meredith has given us songs that though still long, captivate and energise a lot more than many other worship movements around the world, especially Hillsong and all the facets!

‘Have to Have’ is a potential radio single, with Meredith employing light acoustics and a joyous atmosphere, to convey the theme of how we as Christians need to long continuously for God’s presence, to want to have Him, but also long to have to have Him as well. It is a conscious choice each day to want to be in God’s presence, and this song hopefully facilitates such a longing in our hearts for Him, both now and into the future. ‘On and On’ uses great imagery and metaphors in the verses, and creates a track that reminds us of the certainty and sureness of God’s love, that it goes on and on and on, ‘…like a mountain we could never climb, like an ocean with no shoreline, like the endless sky, how great is Your love, Your love, it’s a fountain never running dry, it is burning like a wildfire, it’s a miracle, how great is Your love…’ The EP then closes with ‘Who Could’, a song that can hopefully cross many denominational boundaries and provide a song that can be sung in many churches around the world, as we understand and believe that it is only Jesus that can accomplish things that seem to look impossible, that it is only Jesus who can, and does, defeat sin and death so that we can be reconciled back with the Father. A great end to an otherwise short EP full of good songs and longer-less interesting ones too; Meredith ought to stand by her songs, as we are told of why she at this moment is perhaps one of the world’s most emotive and powerful female worship leaders, alongside others like Christy Nockels and Kari Jobe!

With the album releasing three years and a month after Deeper, A Million Saints, while still a great EP, doesn’t really compare to some of her earlier offerings in her career, like Deeper, As Long as it Takes and The Invitation. Not sure why- maybe it’s the live setting, maybe it’s because this EP, for me, is starting to sound more and more like Bethel and Jesus Culture. And while that is ok, it seems like worship artists nowadays, Meredith as well, are starting to get behind the global worship movement where songs are sounding more and more alike, with formulaic lyric lines and the dreaded tactic of repetition plagues even the best intended worship songs of today. Sad to say that Faith and Wonder is not immune to this world-wide sweeping worship formula of today, which is sad. Nevertheless, Meredith’s voice alone, and her track record on her previous albums, should be enough for anyone to hear this EP once, even if it is to say that her previous material has more replay value than this EP. Nevertheless, her heart and passions to create music for the church is still very much known, and though a couple of mis-steps on her new EP, the whole overall feel leads people into worship, which is a good thing. Does it have a ‘wow’ factor that a lot of her previous albums did? No, but that doesn’t mean that we ought to abandon Meredith and cast her music to the wayside. For me, Faith and Wonder wasn’t one of her strongest works, but that’s ok. She is still serving the Lord, and maybe, just maybe, the next album, whenever that may be, can reflect her writing quality we know she has, a la ‘You’re Not Alone’ and ‘Spirit of the Living God’. Well done Meredith for an EP that brings people into corporate worship- here’s to the next unveiling that hopefully takes a step back from corporate worship to create songs that are much more applicable and practical in everyday life!

3 songs to listen to: A Million Saints, Open Over Us, Who Could