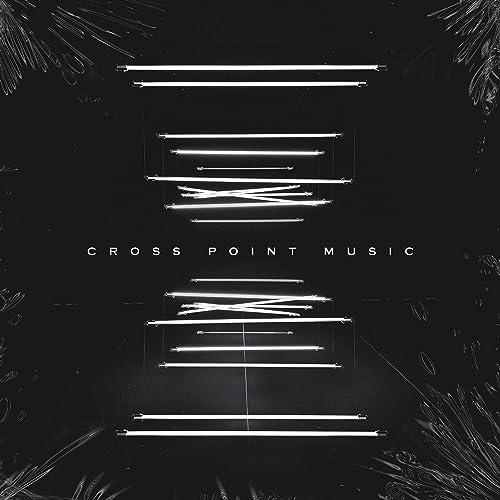 What do you reckon Brian Johnson, co-writer of the smash hit single “Living Hope”, and one of the main worship leaders at Bethel Music, would be prouder of? Seeing his song covered by Phil Wickham (who also wrote the song) on his new album of the same name- and seeing that song take off in such a big way that way; or seeing “Living Hope” be the first single of independent worship movement Cross Point Music– what in my opinion have covered the song to perfection, and probably better than Phil’s version (shocking, but I reckon it’s true!)? I guess Brian would be equally as pleased and chuffed, but we’re not here to explore Phil’s album- my brother did that last year! Instead, let me gloss over Cross Point Music’s self-titled debut EP, which released a few weeks ago.

Though musically similar to many other popular worship acts right now such as Passion or North Point InsideOut; their passion for Jesus is so overflowing, that it’s hard not to love these 4 heartfelt and honest worship melodies. Some of my favourite tracks of 2019; this EP is sure to leave you all wanting more; and is perfect for those who want more worship along the lines of Passion, Hillsong and Jesus Culture. There’s not that much I know about the group prior to me listening to this EP. In fact, the only reason why I listened to Cross Point Music, is the fact that the group covered “Living Hope”, and the fact that Mike Grayson, formerly from Mikeschair and now one half of Grayson Reed with his wife Molly, leads the track “Right Now”. Apart from that I knew nothing, but that lack of knowledge I reckon was freeing and good, as I didn’t have any preconceptions, and could review objectively. As far as the songs go, they’re excellent for an independent release- so let’s quickly dive in, shall we?

“Living Hope” is the EP closer; and was the first song released as a single. It’s odd hearing the hymn-like worship anthem sung with a female lead, but newcomer Cheryl Stark knocks this rendition out of the park, gives it her all, and has me proclaiming that this version is better than Phil’s! What? Am I serious? A cover version better than the original? You better believe it! Standing tall at almost 6 minutes in length, and not straying too far from the original musically; Cheryl passionately imparts to us that ‘…the cross has spoken, I am forgiven, the King of kings calls me His own, beautiful Savior, I’m Yours forever, Jesus Christ, my living hope…’, that because of the cross and the resurrection, Jesus is in fact our living Hope, our only Hope, and for that we are truly grateful and can worship with intense passion and joy. A perfect song to sing this coming Easter (or any Easter for that matter!), “Living Hope” is one of two songs sung by Cheryl, who is quickly becoming a favourite female worship vocalist of mine. “No Matter How Long It Takes”, where Cheryl places on her Natalie Grant hat vocally, is a stirring mid-tempo, guitar led worship anthem, and we are blessed to hear an unequivocal statement of surety and confidence, as Cheryl and the band authoritatively cry out that no matter what is going on in our lives, be it hardship or success, we will wait for God to move and impact in our lives for as long as it takes. It takes guts to make this confident declaration- and I’m not even sure if I can do that with 100% belief right now, yet with God by my side, the assertion that I can and will wait on Him no matter how long it does take can and will be easier in the future- kudos to the songwriters of this song for helping me realise this fact.

“Right Now” sounds like a mikeschair song if it was perhaps on their 2011 album A Beautiful Life– and Mike Grayson sings this song to perfection- relaying to us that all we want to see is God move the same now as He did back then during the years of the heroes in the Bible. To see what has occurred in the Bible here on Earth would be amazing- yet while we may not know whether we will be able to see unbelievable works of God right now and right here, all we can do is pray and ask God to move right now. Yet it is “Watch What He Will Do”, sung by Zach Kale, that is by far the most impacting song on the EP, and one of my favourites of the year thus far. With Zach channelling his inner Travis Ryan vocally, we are met with a stirring and fervent worship anthem that promises that God can and will do greater things in our lives than we could ever imagine- because if He conquered the grave that He can and will do anything and everything in our lives. What a promise to be excited about, am I right?

There’s nothing much more that I need to say about Cross Point Music…except that their music about the cross and the resurrection is on point (sorry for the pun!)- and that you guys need to check out this release. These guys will go far- and they have Brian Johnson and Phil Wickham to thank for that! So what are you waiting for? Check out Cross Point Music and be amazed at God moving and working in big ways!