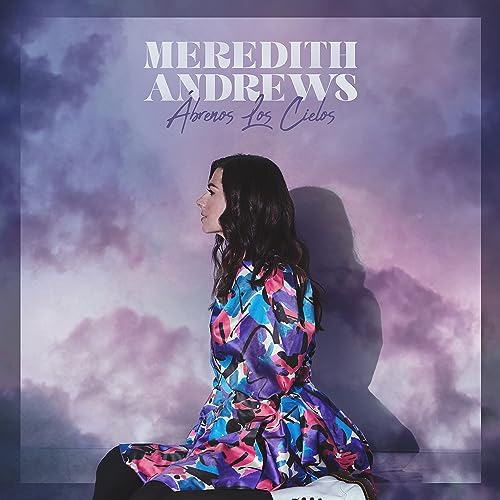 One of my favourite worship artists ever, alongside others like Phil Wickham, Tim Hughes, Paul Baloche and Christy Nockels; Meredith Andrews has continued to deliver albums that speak to the soul and impact listeners throughout her more-than 10 year career at Word Label Group. Since bursting onto the scene in 2008 with her chart-topping song ‘You’re Not Alone’ and her subsequent album The Invitation, this Wilson, North Carolina native has unveiled to us songs over the years that have impacted us all as we are ushered in a mindset of worship that is not conditional on how we feel, but on what the word of God says Christ is to us, at every waking moment. Songs like “Can Anybody Hear Me?”, “Worth it All”, “Not For a Moment”, “Pieces”, “How Great is The Love”, “Spirit of the Living God”, “Soar” and “Strong God” (to name a few) have been challenging and heartfelt, to me at least. Full of lyrical richness and raw honesty that hasn’t really been felt that much in terms of female-fronted worship albums for a while (only recently with the surge in popularity of female-fronted worship artists- Steffany Gretzinger, Amanda Cook, Kristine DiMarco, Hannah Kerr, Hope Darst, For All Seasons and Elle Limebear, to name a few); Meredith’s passionate vocal and her distinct and trademark voice alone ought to be enough for anyone to listen to any album’s from Meredith, at least once through. And upon the heels of her highly anticipated live EP that released in March 2019, titled Faith And Wonder (Live), both Faith And Wonder (Alternate Versions) EP and A Million Saints (Alternate Versions) EP were unveiled- in August 2019 and May 2020 respectively. The reviews I wrote for the both of these ‘unique’ EPs, seen here and here, were not at all too impressive, and that’s putting it lightly. While I can still appreciate Meredith’s music, and on the whole enjoy her songs over the years, both these EPs (1 song redone 5 times…x 2) didn’t live up to…it couldn’t really live up to any expectations, especially if I didn’t really have them in the first place, right? Now here we are, in June 2021, and Meredith is at it again- no, not a full-length originally written album and a follow-up to Receive Our King in 2017, but rather a Spanish language album consisting of a lot of her famous songs, over the years.

Now from the outset, I’m not familiar in Spanish. I don’t know the language, even though I studied it when I was 13 and 14 all those years ago. I can appreciate the language, but that’s about where my comprehension of it ends. But for some odd reason, I have fallen in love with Spanish songs (provided I know the corresponding song/s in English, of course). Other than that aforementioned prerequisite, Spanish songs are as much fun and enjoyable as they are a reminder that songs, especially worship songs, know no language borders. And on Meredith’s 2021 Spanish album, these 11 tracks are just the tip of the discography of Meredith’s, and songs that have come into our hearts in years gone past…and maybe even a future hit for the upcoming months ahead. ‘Open Up The Heavens’, ‘Spirit Of the Living God’ and ‘Not For a Moment’ are classic Meredith Andrews songs, and all sound great in Spanish, while ‘Make Room’, a song originally by the worship movement The Church Will Sing, is now given the Meredith Andrews treatment, this time in Spanish (maybe an actual Meredith recording of the song in English in the future?). All of Meredith’s 6 songs on Faith And Wonder (Live) are delivered again in Spanish, and while you can all see the review of the 2019 album here, what I will say is this- knowing the words of these songs from their 2019 English versions…I enjoy these Spanish recordings much more. Maybe it’s because of the absence of the crowd, and the absence of the general feeling that songs need to go on and on and on in a live setting because…well, they’ve always been that way, right? ‘A Million Saints’ and ‘Faith and Wonder’ are 2 of the standouts on Meredith’s English 2019 album, that are also standouts here. All in all, a good EP that encompasses more of Meredith’s later material…and then there’s ‘Carry the World’, a new song that I can only find as a live church recording on a Facebook Video– no official recording of it, and now the first studio recording of said song is the Spanish version…maybe ‘Carry the World’ is a glimpse into a new album by Meredith, sometime in the future? Whatever the case, ‘Carry the World’, in both it’s English format and Spanish, is a great worship song…who am I kidding, Meredtih generally makes good worship songs anyway!

This is a good album…but for anyone who doesn’t understand Spanish, or are still listening to the English versions of them? Is it still worth it to purchase on Apple Music? Probably not. Maybe just listen to it on Spotify, and then select songs as well…because even though I may still think, despite the 4/5 score, that the album may not be as good to listen to, if you don’t understand Spanish or know it as your first language; Meredith is one of the best female worship leaders out there (alongside Amanda Cook, Kari Jobe, Christy Nockels, to name a few), and maybe, just maybe, the release of this Spanish album can encourage listeners to check out some of Meredith’s previous material- albums like The Invitation and As Long As It Takes are some of Meredith’s best, in my opinion. And while I may have wanted Meredith to throw in a Spanish version of one of her earlier hits on there for good measure (where’s the Spanish versions of ‘You Invite Me In’, ‘New Song We Sing’, ‘You’re Not Alone’, ‘Can Anybody Hear Me’, ‘Strong God’, ‘Pieces’ or ‘The Gospel Changes Everything’?), as it stands, Ábrenos Los Cielos is a decent 11 track album that is a quick snapshot of what Meredith has to offer. And now that Meredith has added ‘Spanish album’ to her repertoire, maybe a remix album (or an acoustic album) in the future? Well done Meredith for these Spanish versions of the 11 songs. Hopefully, there’s a new album from Meredith in the future, whenever that may be.