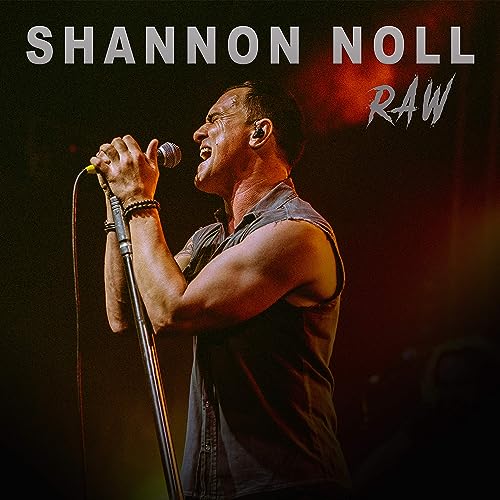 To be very honest for a second, I’ve not really been that heavily invested into the Australian country music scene- short of listening to Aussie country legends The McClymonts, and worldwide legend Keith Urban when I wrote about them in my blog series around a couple of years ago, I haven’t really had much exposure to country music down under. Yes, I’ve heard a few artists here and there, and even reviewed Australian up-and-coming country artist Caitlyn Shadbolt’s album Stages last year. But all in all, I’ve not been as familiar with the genre as much as I would’ve liked. But…I guess everything’s about to change, right? Yes, that’s right, I’m taking the plunge, and going into the unknown, as I review…yep, you guessed it! Shannon Noll. Now we all know who Shannon Noll is, right? The runner-up of Australian Idol Season 1, who missed out on the crown of Australian Idol Chamption to Guy Sebastian…yes, that Shannon Noll. 18 years later, I’ve decided to be bold and check out his music, in the form of acoustically driven country best-of album RAW. And what did I actually find? Something unique and intriguing, something that actually caught my interest, and an album full of familiar songs (of his that I head on the radio over the years), as well as familiar songs in general (by other artists over the years, now covered here by Shannon on RAW).

Now let me just say from the outset, that this isn’t really your typical review per-se. Because a lot of these songs have been on previous Shannon Noll albums, to say ‘yes, this song that was on an album years ago is now done acoustically and sounds very unique, different and good’, can seem like a real cop-out, so I won’t do that. Instead, do check out reviews of a lot of Shannon Noll albums on Amazon to your hearts content, but what I will say about RAW is this- this is for anyone who has been a casual listener of Shannon Noll, or have just generally followed him on the radio, and want a ‘best-of’ project, but not one that is as instrumentally intense, but for versions to be stripped down, as it is shown to be in RAW. You can still be an avid listener of Shannon and enjoy this album, or you can be a casual listener of this underrated singer, like me, and still enjoy RAW as well. Will this make me go back and listen to Shannon’s previous music? Maybe. But all in all, listening to RAW has made me excited for Australian country music, in general. Yes, there’s Keith Urban, and yes, there’s The McClymonts, but maybe, just maybe, there’s something about Shannon’s music, that has me getting excited about other Aussie country singers…am I making sense?

Just one glance through the the track list of RAW and you see familiar songs from the get-go- acoustic renditions of ‘Shine’, ‘Lift’, and ‘What About Me’- all the songs that have been present on the radio over the years, are present on RAW, as are the songs ‘Wise’ and ‘Drive’ (both from his debut album), ‘Now I Run’ (from Lift), ‘Long Live the Summer’ and ‘Wonderful’ (both from standalone singles Shannon has released in 2019 and 2020 respectively). And while I haven’t really listened much to Shannon’s music in the past (aside from ‘What About Me’, ‘Lift’ and ‘Shine’), I feel very much at home with these songs- there’s a sense of familiarity with these songs, even if I know I haven’t really heard them before. ‘Long Live the Summer’ is the ultimate ‘song for the summer’ song, as the track idealises summer as a season, and places it on a pedestal above winter, spring, and autumn. ‘Wonderful’, Shannon’s current single, is an ode to power ballads of previous years, as he tries his hand at writing a power anthem that focuses on elevating the worth of a significant other as being the kind of wonderful that he wants to get to know, while ‘Lift’ encourages us all to lift ourselves up from situations and circumstances that get us down…or at least allow ourselves to be vulnerable to even ask for help from others, and then they can lift us up on our behalf.

But what really struck out to me in RAW are the three covers Shannon recorded, as well as the two newly recorded songs. ‘Better Be Home Soon’ (Crowded House), ‘Never Tear Us Apart’ (INXS) and ‘Take Me Back’ (Noiseworks) are all given the Shannon Noll treatment, and hopefully are renditions that allow listeners of Shannon to become more exposed to great Aussie music- and maybe also explore the discographies of INXS, Crowded House and Noiseworks in the process. Shannon also rounds out the 13 tracks with 2 new songs – ‘Better’ and ‘Alone’. ‘Better’ is a plea from Shannon to either his significant other, or maybe to God Himself, asking for grace and leniency, forgiveness and a chance to change and be better in the future, as we realise that such songs as these are ultimately cries for help- and that a song like this, is what people can often feel, and long for- forgiveness, hope, the chance to improve upon what you once were before. ‘Alone’, only written by Shannon, features whistles and light percussion, as this sobering moment of realisation, comes through in song- that we can be more alone in our lives, than we can often realise. To be alone and suffer from loneliness can be some of the cruellest moments in someone’s life, and ‘Alone’ can be what Shannon felt when he was writing it, or even based upon another’s experiences. Whatever the case, this new song by Shannon can offer us some kind of hope, that whatever we may be feeling in our lives- we’re not alone in that. Others may be feeling the exact same thing, and if a song like ‘Alone’ from Shannon Noll, can help one person come to terms with their loneliness, and ask for help and assistance, then this song has served its purpose.

If someone said a year ago, that I’d be reviewing a Shannon Noll album right about now, I probably wouldn’t have believed you. Then again, I don’t think I would’ve predicted that I would listen to country artists like The Shires, Lindsay Ell, Lady A, Little Big Town, and Sugarland, nor Australian artists like Missy Higgins, Caitlyn Shadbolt, John Farnham, and Vanessa Amorosi…so I guess there’s that. Shannon’s music is…country rock, I guess? There’s a hint of Aussie country gospel star Steve Grace in Shannon’s voice, and maybe that’s a good thing, because I grew up on Steve Grace and his music- so I guess listening to Shannon’s music shouldn’t be all that different? RAW was a good experience, an unexpected one, and one that has made me appreciate Australian music all the more. Now, time to listen to more of Shannon, or hop right over to Steve Grace? Whatever the case, this is a perfect artist to check out, if you want some good ‘ol country rock in your system, and an Aussie artist at that. Well done Shannon for this uniquely choreographed acoustic best-of album, one that can hopefully be a starting point for others (as it was for me) into the realms of Aussle rock, and into the realms of Shannon, the artist, arguably one of the Australia’s most underrated within the last 20 years or so.

3 songs to listen to: Long Live the Summer, Lift, What About Me