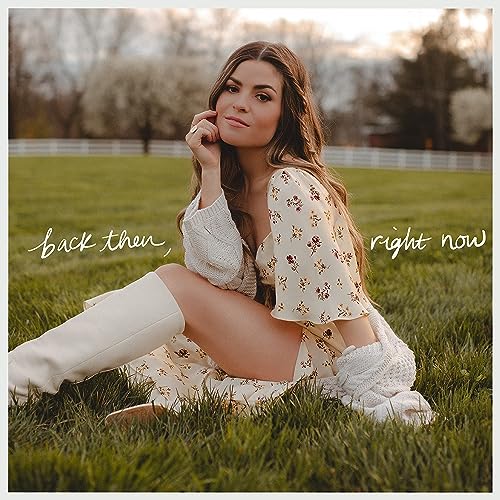 Tenille Arts has become an artist that I’ve become excited to listen to and enjoy, ever since my review of ther sophomore album Love, Heartbreak & Everything In Between, which is reviewed here. In it, I listened to what was, in my opinion, a great concept album- 12 songs divided into three sections- four songs about love, four songs about heartbreak, and four songs about…well, everything else. With Tenille’s music being likened to that of her contemporaries (like Lauren Alaina, Cassadee Pope, Kelsea Ballerini, Maddie & Tae and Maren Morris- all of which have been written about and discussed at length in the blog series about 50 influential up-and-coming artists); I am amazed about how much I found myself humming along to the tunes of Love, Heartbreak and Everything In Between, an album that people can relate to at various points in their own life, as we’re reminded that to journey through this life and grow as a whole person means to address the whole self- the love part, the heartbreak part, and the thing in the middle too. Fastforward to February 2021, and Tenille has unveiled to us a few more songs for our enjoyment- ‘Tears’ (reviewed here), ‘TERRITORY’ (review here), ‘Give It To Me Straight’ (reviewed here) and her most recent song, ‘Back Then, Right Now’.

Let me just preface this by saying that on the whole; Tenille’s music is intriguing the say the least, and just-plain musically infectious in a good way, to say the most. The song ‘TERRITORY’ felt like a mish-mash of the genres of pop, rap and country, and not a very good one at that; while ‘Tears’, a piano-prominent song, was a great reminder that tears do not flow forever, and that with time, perspective, hindsight and a whole lot of support from family, friends, and prayer; tears will stop, and healing can take place. ‘Give it To Me Straight’ was a song that hit all the right notes- not a breakup song, this track is as interesting as it can be, for a pre-breakup song. This song is a ‘rip the bandaid off quickly’ song. A ‘keep me out of my misery’ song. And sometimes you need moments in life where that happens for you. You don’t necessarily need sugar-coating on issues in life, and this song is a reminder, that sometimes, the best and easiest way of breaking unfortunate news, is to just do it, instead of trying to dance around the issue, and making it awkward for everyone involved. This is a song that is a reminder that sometimes in life, we are called to be the bearer of bad news to someone, and in that moment, we need to figure out if we going to ‘give it to them straight’, or not.

Now Tenille has given to us another compelling track in ‘Back Then, Right Now’, a song about the past, nostalgia and trying to recapture something of generations gone by, and to reignite something here in this present moment. Or in more of a down-to-earth explanation; ‘Back Then, Right Now’ is a song about simpler times, moments in your life when you were younger that you don’t necessarily undertake at the moment, and now all you do is just replay those moments in your head, in hope that what happened in the past can be recreated in the present. While such a song as this can be considered as trying to hold onto something of a former glory that may not be there right now; ‘Back Then, Right Now’ is still a reminder of how much things have changed in life- some for the good, and others, not so good. The advent of technology can be considered as both a betterment to society, and a hinderance, all in one breath, while advancements in social media often usually come with increased mental health issues and the inability to interact with people on a face-to-face level. Streaming TV shows and movies online has killed the video store, while CD’s, DVDs, video cassette tapes, and VHS, all have reminded us about times in life where things, trivial things, didn’t used to matter so much. Life was simpler back then, and this song is a hopeful reminder to bring a certain feeling that we had back then, and to transport it into right now, so as to not constantly watch our character turn into something we know we don’t like ourselves. ‘Back Then Right Now’ is a longing and yearning, and a track that reminds us that simpler times without the technology, in turn means simpler worries as well, or even no worries. Sometimes progress isn’t always progress, and this song is a challenge for us all to get back to our own roots, to not become co-dependent on technology as we often are. Well done Tenille for this fun, jamming country tune, but also a song that can hopefully make us think about our relationships and things of the past, in the upcoming weeks and months ahead.