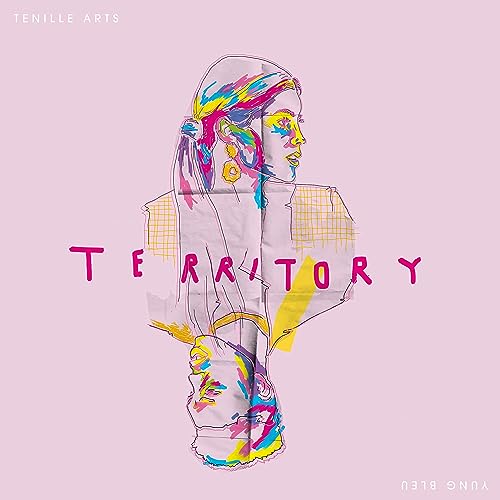 Tenille Arts has become an artist that I’ve become excited to listen to and enjoy, ever since my review of ther sophomore album Love, Heartbreak & Everything In Between, which is reviewed here. In it, I listened to what was, in my opinion, a great concept album- 12 songs divided into three sections- four songs about love, four songs about heartbreak, and four songs about…well, everything else. With Tenille’s music being likened to that of her contemporaries (like Lauren Alaina, Cassadee Pope, Kelsea Ballerini, Maddie & Tae and Maren Morris- all of which have been written about and discussed at length in my brother Josh’s blog series about 50 influential up-and-coming artists); I am amazed about how much I found myself humming along to the tunes of Love, Heartbreak and Everything In Between, an album that people can relate to at various points in their own life, as we’re reminded that to journey through this life and grow as a whole person means to address the whole self- the love part, the heartbreak part, and the thing in the middle too. Fastforward to the end of 2020, and Tenille has unveiled to us two more songs- this time in fhe form of singles- ‘Tears’, which we’ve reviewed as a site, and ‘Territory’.

Let me just preface this by saying that usually on a whole, Tenille’s music is intriguing the say the least, and just-plain musically infectious in a good way, to say the most. What I will say about ‘TERRITORY’ is that I didn’t really get into it at all. Yes, indeed I wanted to like this song, but…that’s just wasn’t the case. Nothing against Tenille as an artist and a person, it’s just that the heavily autotuned rapping parts detract majorly from this song. The introduction of a relatively unknown rapping artist does really nothing much to the song- it borders on the line of pop, rap and country, and while the song itself prides itself from trying to undertake all three genres in the song, we realise that this song ends up being a mish mash of these genres, and not a really good one at that. This song and its message is nevertheless ok,- never backing down from the territory that you’ve worked so hard to accomplish and build, but as the song is displayes as a whole, we see Tenille struggle amongst the electronics in a desperate attempt to deliver a standout song, similar to that of ‘Call You Names’, ‘I Hate This’ or ‘Something Like That’, when in reality, the song just doesn’t work. Needless to say, if you love looping beats, then this song is for you. Anyone else- check out her first two albums, and here’s hoping her next album, whenever it may be, is much more grounded and lyrically smart compared to this July 2020 release.