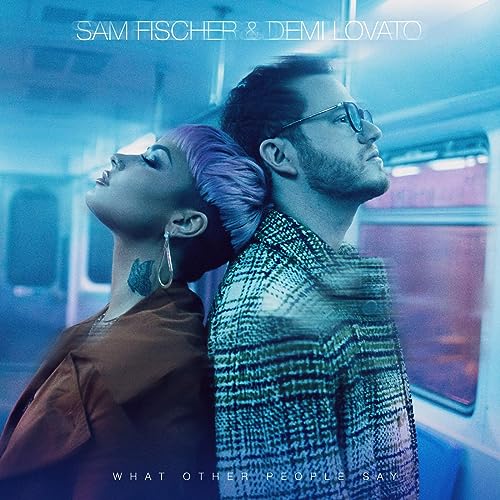 It’s 2021. And COVID-19 is still around. Yes it is. And it’s not letting up any time soon. It’s a sad reality but reality nonetheless. Thus while we are all still at home and wondering what is next, what to do so that we don’t become bored any time soon- the question of what exactly there is to do comes to mind. Hanging out with family or zooming with friends or cleaning your room or cooking dinner or binging on TV shows are all valid options. But I reckon one of the most therapeutic and healing things to do is to listen to music- both new and familiar- and be inspired! So… out of the many, many albums and songs that we have reviewed in the past, what now shall we all listen to that will be challenging, uplifting and resonating?

Pop singer Demi Lovato has recently been an artist who has resonated with me lately. I’ve written a blog about her earlier this year, and have also favourably reviewed her many singles “Anyone”, “Still Have Me”, “Commander In Chief”, “OK Not To Be OK” and “I Love Me”. Makes me think she’s releasing her untitled 7th album bit by bit and single by single, don’t you think? Anyway, if you’ve read my blog or my reviews, then you can tell that right now I’m heavily invested in her music. If Demi’s music however, isn’t your cup of tea, due to any reason, then that’s fine. But let me just say that there’s no denying the passion, heart, soul, emotion, honesty and vulnerability in Demi’s songs as a whole. I mean, if you don’t cry or get emotional during “Skyscraper” or “Warrior”… well, I don’t really know what to say. Can I say that you’re not really human? All jokes aside, Demi has had a rough past, with her tenuous relationship with drugs and alcohol coming to a head in 2018 when she overdosed. It was just prior to her overdose that “Anyone” was written and recorded (with the 2020 official studio version containing a great proportion of the 2018 recording!), and the fact alone that we could have lost her makes this upcoming new album all the more special and relevant for anyone struggling with issues beyond imagination. And so as we search for new music to listen to and new music to be challenged and inspired by; let me direct you to yet another Demi Lovato song. Let me direct you to “What Other People Say”, a duet with up-and-coming Aussie singer Sam Fischer.

Driven by the piano and light acoustic guitar, we are presented with a heartfelt, emotional and much needed reflective ballad, with both Demi and Sam singing in perfect harmony, and with real emotion that brings chills down my spine. With Demi referencing her drug overdose in the chorus, and highlighting the notion that we all can be caught up in other people’s opinions of us so much so that we lose sight of who we are (as ‘…I used to not take chances with God’s name, but it’s been so long since I last prayed, and now I’m all f***ed up and my heart’s changed, ’cause I care more about what other people say…’, we are confronted with the reality that we all can lose our way and we can all become people we don’t want to be all for the sake of fitting in, and for the sake of peer pressure. Letting people’s opinions about us affect us on a deep level isn’t what should happen. But as it does sometimes, this confessional and prayer of sorts, reminds us that it’s not too late to change, it’s not too late to ask for help, and it’s not too late to be a better person that you once were. It’s not to late to pray to God and it’s not too late to push aside negative comments and not let them affect us.

With Demi Lovato having such an eventual year last year, the question begs to be asked- when will Demi ever catch a break and be happy for once for an extended period of time? Perhaps the time is coming now, and perhaps God is showing her providence and grace and happiness now- at the right time. Regardless of whether Demi has unfairly or fairly been dealt blow after blow after blow; what matters is that these songs from her upcoming album (“What Other People Say” included!) hit us where it is needed the most- with this song letting us know that we ought not to let what other people say about us hold any weight at all. It is this song (and “Still Have Me”, “I Love Me” and “Anyone”) which makes me excited for Demi Lovato’s upcoming new album! And… that’s all I reckon! Seriously, listen to this song, especially since Demi has recorded a clean version of this song (in fact she’s recorded a clean version of every ‘explicit’ song in her discography!). Listen to “What Other People Say”, even if you are feeling ok, and are mentally, emotionally and spiritually in a great place, and firmly believe that you do have people in your corner. And listen to “What Other People Say”, as the song will further cement those feelings, and make us realise more how much the importance of friends, family and people who build you up really are. If nothing else, then that’s a good reason why the song was recorded- to realise that the words we believe about ourselves and what we say aloud and what we affirm; is what is most important in this life. So well done Demi Lovato; I can’t wait to hear what you have next in store and what your upcoming new album sounds like! It should be one of my favourite albums of 2021- and hopefully one of yours too!

This lyric video is the explicit version (the ‘official’ version)- so below is the clean version of “What People Say”.