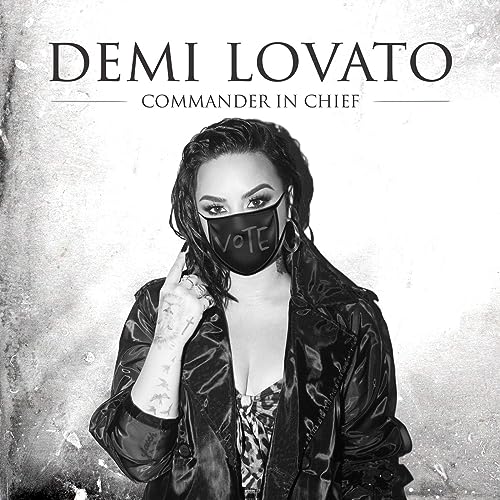 This upcoming week is probably one of the most important and relevant weeks in recent human history. While most of us are all still seemingly physically disconnected due to the lingering COVID-19, and while the world still turns and spins and all of us are still standing in one spot- lockdown or quarantine or whatever you want to call it; next week the U.S. election will occur. Either Donald Trump or Joe Biden will be victorious, and the next four years and what it holds for America will have ramifications- good or bad- for the rest of the world. Never before have we had two candidates in my memory that are so polarising and divisive across a number of issues- and when Americans go to the polls- one thing is for certain. That history will be made in about a week. For Australians, we won’t be watching the Melbourne Cup- our eyes will be glued to the TV and the U.S. election that will no doubt be broadcast all over the world.

Generally, I try to stay away from politics in the songs I listen to and in generally the conversations I have with people. I find it awkward when people have different views to me, and sometimes political songs get pretty heavy-handed and paint other people with opposing views in a negative light. But as I mentioned in my review about “Better Than I Found It” by Maren Morris (essentially a political song but a covert one!), more often than not these political songs have double meanings or even triple meanings, that are sometimes almost always much more poignant and heartfelt than the original meaning that was intended. And as we as a global community anxiously wait with abated breath over the results (which are in my opinion too close to call), and these results that will undoubtedly impact all of us for many years to come; there is a song that I need to draw your attention to.

Demi Lovato’s “Commander In Chief” is a subtle dig at the current President and his shortcomings and failures. For me to ‘review’ this track either positively or negatively will paint me either as a conservative or a democrat (of which I am neither, but somewhere in the middle)- hence this ‘review’ of sorts cannot in good conscience be a review. Though I objectively love the song, with respect to Demi’s powerful vocals and stirring emotion behind these words- the lyrics are about a subject that I know too little about, and thus I cannot say one way or the other whether this song is accurate or not. No doubt the track will ruffle some feathers and others will praise Demi for her courage to take a stance and to not be afraid. But what I will say is that whether the President is really like everything that Demi has reiterated in this song or not (because only God and he knows!); “Commander In Chief” is valid- because of the fact that this is what Demi was feeling at the time, and these are emotions that are real.

Authenticity and vulnerability are what we all need to strive for- and Demi Lovato is one of the most hopeful, moving, thought-provoking and confronting artists of this generation- all because she champions being real and authentic. So why bother ‘reviewing’ “Commander In Chief” or even pointing out that it exists when I’m not really into American politics and the world is so, so broken that it might not even matter who wins in the long run? Simply put- it’s this. That our frustrations of one issue or another and our anger at certain issues… should make us want to stand up and take action. To not be passive. To fight for what we believe in, to stand up for those who cannot, to speak for those who do not have a voice. Listening to this song for some reason draws me into verses like Matthew 6:21 and James 1:27. And draws me also to “Do Something” by Matthew West. Demi Lovato is encouraging Americans to vote. And that’s it. Not to ‘vote for Biden’ or to ‘not vote for Trump’. Demi’s agenda isn’t sinister at all, but rather is informative- she is listing out all of the facts as she sees them, even if other people don’t see them as fact, and then she hands over the mic back to the people. Whatever the result is, the people can say that they’ve voted and that their vote was counted. If everyone voted this year… well the result would be fair, right? If nothing else, “Commander In Chief” encourages us to step out in faith when something is on our heart- to not be afraid and to be proactive in whatever we do. In that sense, this song will still be relevant post the election, no matter who wins.

Whether this song is poignant and relevant for these times as Demi Lovato makes it out to be, and stand the test of time no matter who wins; or whether the song is a blatant 3 minute Democrat ad; is up to you. Demi Lovato has been an artist who has resonated with me lately, and I’ve written a blog about her earlier this year, and have also favourably reviewed her singles “Anyone” and “I Love Me”. If you’ve read the blog or my reviews, then you can tell that right now I’m heavily invested in her music- “Commander In Chief” included. If Demi’s music however, isn’t your cup of tea, due to any reason, then that’s fine. But let me just say that there’s no denying the passion, heart, soul, emotion, honesty and vulnerability in Demi’s songs as a whole. I mean, if you don’t cry or get emotional during “Skyscraper” or “Warrior”… well, I don’t really know what to say. You’re not really human I suppose. Anyway, Demi has had a rough past, with her tenuous relationship with drugs and alcohol coming to a head in 2018 when she overdosed. The fact alone that we could have lost her makes this upcoming new album all the more special and relevant for anyone struggling with issues beyond imagination- so as we anticipate Demi’s untitled 7th studio album, let us listen to all of her singles, “Commander In Chief” included, and remember that our desires of out hearts and what we want to see happen in the world may not happen if we just sit at home. God made us so we need to do something. And for Americans, that means voting as the first thing. So well done Demi Lovato; I can’t wait to hear what you have next in store and what your upcoming new album sounds like!

Were you ever taught when you were young
If you mess with things selfishly, they’re bound to come undone?
I’m not the only one
That’s been affected and resented every story you’ve spun
And I’m a lucky one
‘Cause there are people worse off that have suffered enough
Haven’t they suffered enough?
But you can’t get enough of
Shuttin’ down systеms for personal gain
Fightin’ fires with flyers and prayin’ for rain
Do you gеt off on pain?
We’re not pawns in your game

We were taught when we were young
If we fight for what’s right, there won’t be justice for just some
Won’t give up, stand our ground
We’ll be in the streets while you’re bunkering down
Loud and proud, best believe
We’ll still take a knee while you’re

There’s been so many times that I’ve wanted to write the President a letter or sit down with him and ask him these questions. And then I thought, I don’t really actually want to do that and I thought one way that I could do that is writing a song and releasing it for the whole world to hear and then he has to answer those questions to everyone and not just me.

We have to turn up and vote because it’s so important that our voices are heard. And, honestly, for me, whether you are a Republican or Democrat, just get out and vote.

You’re damned if you do, you’re damned if you don’t. You can list Taylor Swift as a perfect example of that exact saying … for years she got trashed because she wasn’t taking a stance and wasn’t standing up for these rights and she kind of took a back seat and now she’s become very political and there are people that are unhappy with that too. It’s just, like, you have to live what feels authentic to you. To me, that’s using my platform to speak out about the things that I see that are wrong.