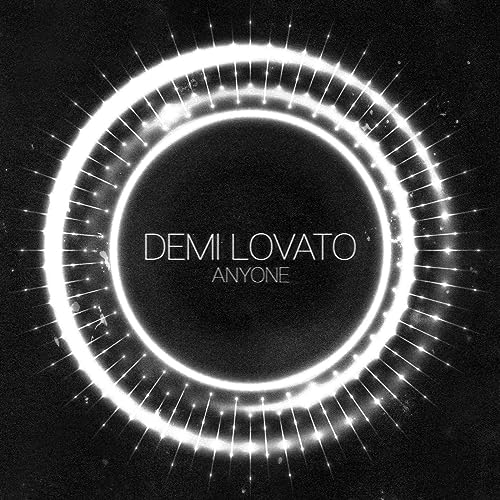 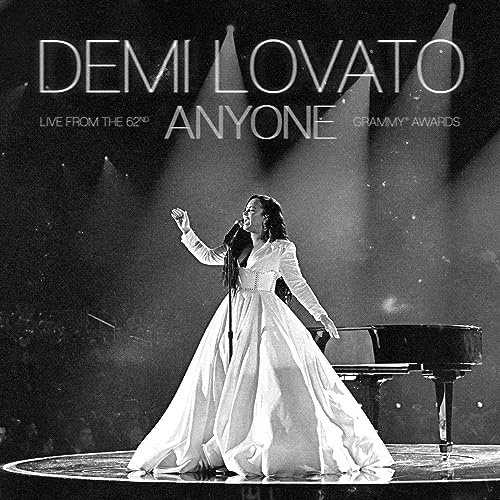 Even if you’re not a fan of Demi Lovato, even if you do not know her music at all- and even if you do not agree with her lifestyle choices in previous years about her alcohol and drug use…I’m sure everyone had to have known about Demi’s drug overdose and near-death experience in 2018. Everyone had to have had sympathy for her as well. I know I felt sympathy and sorrow and sadness and empathy a couple of years ago when I knew about Demi’s ordeal- and at the time I hadn’t heard any of her music! For many years Demi has struggled with demons- mainly an eating disorder as well as substance abuse. It’s common knowledge that Demi relapsed many times, and she has released a documentary in 2017 chronicling in detail how she manages the pressures of life, stardom and haters on social media…or at least tries to. “Sober”, released in June 2018- a month before she overdosed, spoke about how she has relapsed, and how she’s not sober anymore; and while we as fans and even as decent human beings have been rooting for Demi to come through the other side from her overdose, and have also been praying that she’ll have a renewed outlook and different focus once she’s back to full health; I guess no one could have predicted the release of “Anyone”- hands down the most vulnerable, personal and emotional song of Demi’s career.

I’m not the most avid fan of Demi’s songs- yet I reckon you’d be hard pressed to find a song that’d top “Anyone”. Yep, this song, which released about a couple of weeks ago (and yesterday as well for the live Grammy performance!), is much more powerful than “Skyscraper” in 2011- and that song was pretty awesome too! So, does “Anyone” turn me into a Lovatic? Or just a casual listener? Put it this way. While I still may be indifferent to Demi’s past original material- considering that she recorded many songs during the height of her slip-ups with her addictions- “Anyone” piques my interest for future Demi Lovato material- most definitely! The beautiful thing and probably the saddest thing about “Anyone” is this- it was written and recorded 4 days before her near-fatal drug overdose. The lyrics are raw, the music is simple (just a piano) and Demi’s voice is full of emotion that this song sounds like a demo that might be redone someday ‘properly’. Demi’s voice is struggling here, and we hear some pretty intense lyrics, as Demi belts out ‘…a hundred million stories and a hundred million songs, I feel stupid when I sing, nobody’s listening to me, nobody’s listening, I talk to shooting stars but they always get it wrong, I feel stupid when I pray, so, why am I praying anyway if nobody’s listening?…’.

It seems as if all of this is a prayer and a cry for help. The fact that this was done just 4 days before Demi could have died, makes this track all the more special and heartbreaking at the same time. Not knowing the context of this song makes me think it’s just a B-side. Yet a watch of Demi’s heartfelt, candid and honest interview with Apple Music’s Zane Lowe, as well as watching a video of Demi perform this track at the Grammys…well no more needs to be said. God is moving through this song, even is Demi doesn’t know it. Demi asks for ‘anyone’ to help her- and God has answered. Whether Demi acknwloedges this fact or not in the future, well that’s somewhat irrelevant, and…well it’s in the future so who knows how Demi rekindles her relationship with God and Jesus. But what “Anyone” has taught me, is that at the end of our rope when we feel like there’s nothing left is usually when we receive some sort of spiritual enlightenment, some sort of epiphany. It’s then where we generally become much more reflective, and wanting to hang onto anything that can save us and heal us. Hearing someone’s cry for help, that desperation and pain permeating the voice…well that completely wrecks me, but it does also give me an appreciation of my faith in Jesus, as I pray for God to reveal more and more of himself to others, inclusive of Demi Lovato.

While we do not know what’s next for Demi- let us hope that she eases herself back into the public eye. No quick album releases- just a slow trickle back into an industry that we thought turned its back on her. While it’s too early to tell what kind of music Demi’s upcoming album (whenever that is) will sound like and look like- if it’s anything like “Anyone”, then look out world because that day will be coming when Demi probably would have released her most inspiring and vulnerable album ever! I may revisit Demi Lovato’s past discography in the near future- but for now I’ll listen to “Anyone” again and again. Looking at the song from a different perspective- sure it has flaws, but it’s perfect in a weird way, as the message that it brings would be much more this way than if the song was more refined. Well done Demi, I hope and pray for a speedy recovery and may God bless you abundantly in 2020 and beyond!

Note- this above video contains a few words of explicit language; below is the clean version.