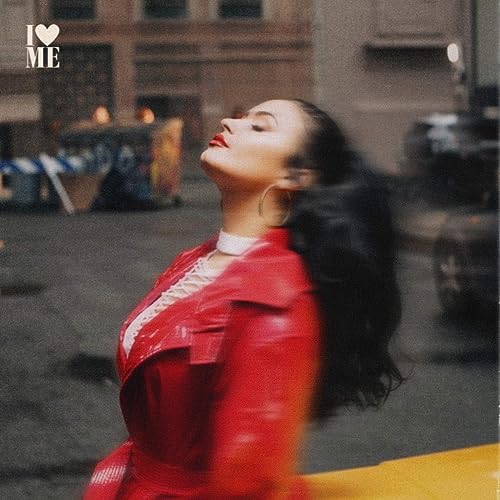 The past week or so, I’ve discovered a fact that I reckon is so true that it’ll be true come the end of the year. And it is this. That Demi Lovato has released probably the most inspirational song of the year thus far, and probably for the entire year come the end of 2020. While I have written extensively about Demi’s discography and her plight with alcohol and drugs in a Momentous Mondays post not too long ago; it was just this year when “Anyone” released that I suddenly took notice of Demi. One of the most vulnerable songs she’s ever done, “Anyone” impressed me as the lyrics were raw, the music is simple (just a piano) and Demi’s voice is full of emotion- her voice is definitely struggling here, and we hear some pretty intense lyrics, as Demi belts out ‘…a hundred million stories and a hundred million songs, I feel stupid when I sing, nobody’s listening to me, nobody’s listening, I talk to shooting stars but they always get it wrong, I feel stupid when I pray, so, why am I praying anyway if nobody’s listening?…’. “Anyone” is a cry for help and an earnest prayer (albeit a blanket prayer), and the fact that this was done just 4 days before Demi could have died, makes this track all the more special and heartbreaking at the same time.

But before you think that I’m going to re-review “Anyone” (as I have reviewed the track before!) and that I’m referring to “Anyone” as that inspirational track…well you guys are mistaken. The first official single of Demi’s upcoming 2020 album (which is her 7th) is “I Love Me”, a beautiful self-love and self-worth anthem full of nostalgic flashbacks and Easter eggs as Demi reconciles her rocky past (inclusive of her 2018 overdose) to her uncertain but exciting future. In contrast to “Anyone”, which was a reflective ballad permeated with raw emotion and a tone of desperation and sadness, “I Love Me” is jovial, cheerful and no-nonsense. Demi has been through the ringer plenty of times with the death of her father and her split from her long-time boyfriend being the two ‘events’ in her life that really broke her. As well as her former manager controlling what she could eat and what she couldn’t, as well as the times she had to exercise and the frequency; it’s no wonder why Demi overdosed. But everything has its place, and with the release of “I Love Me” being the result of the overdose; well it’s clear that even in the darkest moments of Demi’s life where she needed the most help, God was there, guiding her through the darkness and into the light, leading her to realise that ‘…I’m a 10 out of 10 even when I forget…’. With the music video full of life and positivity, with Demi having a real smile on her face, and dancing like she’s a kid again; well colour me super intrigued and excited for the next Demi Lovato album! Hopefully, Demi has been through the other side. And hopefully the upcoming seventh album is her most personal yet. And judging from these two singles (“Anyone” and “I Love Me”), I reckon it will be.

While we do not know what’s next for Demi Lovato– let us hope that she eases herself back into the public eye. No quick album releases (maybe her next album at the end of 2020, or early 2021?)- just a slow trickle back into an industry that we thought turned its back on her. While it’s too early to tell what kind of music Demi’s upcoming album will sound like and look like- if it’s anything like “Anyone”, and especially the happy-go-lucky “I Love Me”, then look out world because that day will be coming when Demi probably would have released her most inspiring and vulnerable album ever! For me, listening to an extensive part of Demi’s discography in preparation for my blog post a few weeks ago has surprisingly turned me into a Lovatic; and I may revisit Demi Lovato’s past discography in closer detail, in the near future- but for now I’ll gladly listen to “Anyone” and “I Love Me” again and again. Well done Demi, I hope and pray for a speedy recovery and may God bless you abundantly in 2020 and beyond!

Note- this above video contains a few words of explicit language; below is the clean version.