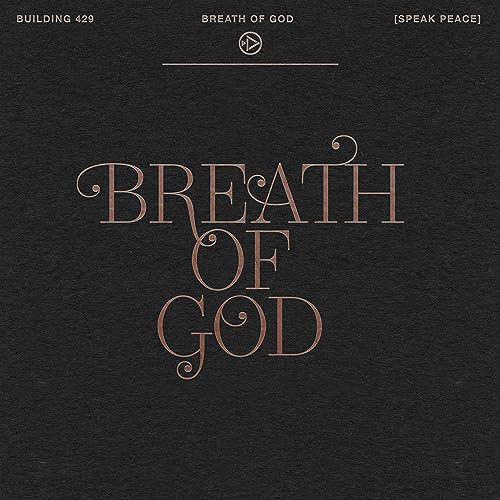 Building 429 has been one of my favourite bands within the last few years. Since the years in the early 2000s where they were an independent band, to when they were signed by major labels and released albums through INO Records, Word Label Group and Provident Label Group- that spawned radio hits like ‘Glory Defined’, ‘Always’, ‘End of Me’, ‘Fearless’, ‘You Carried Me’, ‘We Won’t Be Shaken’, ‘Where I Belong’, ‘Press On’, ‘Unashamed’ and ‘Ocean Deep’, to name a few; Building 429 have won the hearts of many of their fans since the beginning, providing inspirational and uplifting songs throughout their entire career. Upon the heels of their most recent album Live the Journey that they unveiled to us all in late 2018, the band underwent a creative change when they released ‘Fear No More’ in 2019- this time released not under Provident Label Group but rather released under Building 429’s own label, Third Wave Music. What resulted from moving towards their own label is a song that for me, has become one of my favourites in 2019. Discussing about fear; and tapping into the feeling we as humans want to push aside so bad, Building 429 continues to wow and impact, inspire and maybe at times challenge, with ‘Fear No More’, that allows us to contemplate whether we ourselves fear in our lives more often than we should. Now here we are in mid 2021, and a lot has transpired since 2019 and their independently produced ‘Fear No More’. The band gave to us an independent worship covers EP titled Remember in early 2020, with standout songs like ‘Canvas and Clay’, ‘Another in the Fire’ and ‘Remember’. The band also gave to us ‘Different’ in July 2020, a track that reminds us all that it is ok to be different, to go against the grain, to have discussions about things that would otherwise be considered as controversial or taboo, and to hold onto what we know God says we are- that it is in our differences and what makes us unique, that we can see that the Lord has things special for us to say, do, and accomplish that is far different from the next guy, and that is ok. In mid-2021, the band released their new single ‘Not Finished Yet’, a song that requires us to admit that we are always going to be ‘works’ in progress, as we ought to be open to the possibility of learning, and unlearning, and being humble enough to say that we’re wrong sometimes…it requires boldness, guts, and a level of humility that only Christ can bring. Now here we are in December 2021, and the band has once again unveiled something new for us listeners to hear- a new Christmas single, ‘Breath of God (Speak Peace)’.

Upon the heels of the band’s 2 Christmas EPs, 2019’s A Thrill of Hope and 2020’s Hope is Here, Jason Roy and co. are back again with ‘Breath of God (Speak Peace)’, a song about allowing God to come and speak peace and breathe life into our weary souls, especially during this holiday and Christmas season. A song that has become one of my favourite originally-written Christmas songs of 2021 thus far, Jason Roy and the rest of this underrated band, have crafted a song that reminds us all of the fragility of life right now, especially with COVID-19 and all the things related to this game-changing virus. We see Jason and the band cry out to God with a sense of urgency and purpose, of intentionality and need, as we see these vulnerable lyrics of how we long to see the Lord ‘…speak in power to the spirit of fear, break the silence, remind me You’re here, breath of God speak compassion to the wounded and shamed, show the mercy that heals in Your Name…’ Powerful lyrics in a song that can hopefully bring a lot of hope to people this holiday season; Jason and co. have once again delivered, in terms of originally-written Christmas songs…maybe this track is part of a bigger Christmas project in the future? Incorporate their 2019 and 2020 Christmas EPs to create a larger full-length Christmas album? Maybe. Whatever the case, ‘Breath of God (Speak Peace)’ is a great segue into whatever comes next for the band, whenever that is. A song to tie us over till a full-length album release in the upcoming year (maybe??); Building 429 has their best years ahead of them, and are quite possibly, one of the most underrated Christian bands over the last 20 years or so. ‘Breath of God (Speak Peace)’ is evidence of this. Well done Jason and co. for this heartfelt and compelling release. Looking forward to whatever comes next, whenever it arises.