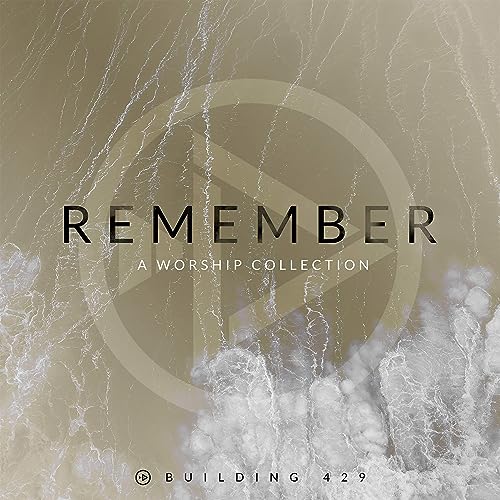 On the heels of releasing (in my opinion) their most inspiring, and strongest full length album of their whole career (musically, lyrically and thematically) in Live The Journey in September 2018; what’s next for Christian pop/rock band Building 429? Jason Roy, Jesse Garcia, Aaron Branch, Steven Stewart and Michael Anderson have thoroughly won a place in my heart with their latest album (read my glowing 5/5 review here!), so you’d think that the next release they’d unveil I’d sit up and take notice, right? Well, you’d be right. Fear No More EP released in 2019 (which I also reviewed!), while the band have also dropped their first foray into Christmas music. A Thrill Of Hope released in November last year, containing two original Christmas tunes as well as two re-worked carols- all of these songs fitting right at home amongst original Christmas songs over the years such as “Christmas Makes Me Cry” (Matthew West), “This Christmas (Father Of The Fatherless)” (TobyMac), “Baby Boy” (for KING & COUNTRY), “You’re Here” (Francesca Battistelli), “Believe” (Josh Groban) and “December Song” (Peter Hollens). I reviewed the EP here, while the group also released a cover single early this year in “Don’t You (Forget About Me)”. And so we come to this past month, where Jason Roy and his friends have delivered an emphatic and declatory statement of worship in their 5 song worship covers EP Remember: A Worship Collection. So how do these guys deliver worship anthems compared to other veterans in the business such as Jesus Culture, Bethel Music, Hillsong, Passion and Planetshakers?

Ever since Building 429 left their label and started a new one shortly after Live The Journey released, they’ve been on the go non-stop. It’s a great thing that they’re still making music…but does this mean that Remember: A Worship Collection is good quality? Perhaps, you reckon, that maybe the fact that these guys are releasing worship covers, and have also released a cover early this year; is because they’ve run out of ideas and are just going through the motions in releasing songs just because. Maybe that could be true (because, who could really verify unless there’s a press release from the band about their next batch of songs?), however I am not that cynical. And because I see the best in everyone…well that makes me love Remember: A Worship Collection from Jason and his friends, all the more! See releasing a cover song that is as close to the original as possible, yet also adding in some musical and/or vocal elements that make the cover version their own; is a clever and nifty skill. It’s a skill that’s evident on all 5 tracks- but especially “Canvas And Clay”, originally from Pat Barrett. With the original worshipful version from Pat being more subdued, Building 429 have unveiled a rock cover, which strangely works. My brother Jon reviewed the single “Canvas and Clay” from Pat- so that’s enough for me on that track! Now you can read what Jon has to say and let me know what you think of it!

The rest of the 4 melodies are just as hopeful, impacting and powerful as the “Canvas And Clay”.  “Remember” sounds similar to Bryan and Katie’s version, except Building 429 have recruited a female vocalist as a guest vocalist- I reckon it’s Moriah Smallbone (I know this, even if she’s not credited yet!)- even though I think I read somewhere on a tweet or a facebook post (which I can’t find anymore!) that it’s Jason’s daughter as a guest vocalist; while the band have stripped back “Another In The Fire” and made it more acoustic and intimate that UNITED’s original loud and raucous version. And these versions work exceptionally well! “It Is Well” is another track present on this EP, with the band prayerfully and earnestly delivering a heartfelt version of one of the most respected and greatest hymns ever. However, the lone drawback here is “Over All I Know”. Originally from Vertical Worship on Bright Faith Bold Future, Jason and co. shorten the 6-and-a-half-minute track by a full 2 minutes- turning a slow and reflective ballad into an EDM pop song. Sure, these guys’ hearts are definitely in the right place… but this song doesn’t translate into anything that grabs me. Sorry guys, but I’d say that perhaps the mega and global hit “Waymaker” would have been a better song to cover than one of the already standouts from Vertical Worship!

Now that Building 429 are not on a label anymore, has anything really changed? Overall Remember: A Worship Collection is just as impacting as ever as a project, and, as worship songs, are some of my favourites of the past few years. If you’re not a fan of Building 429, then you should be, and these cover tracks perhaps can be the perfect platform to by introduced to an artist for the ages (and then of course you can work backwards through their discography!). It’s not known what is next for the quintet (a hymns album or a full length covers album would be pretty cool!), but until such a date where they release something new, let us be amazed at these eternal truths that Jason is crying out. Let us also hope for Building 429 to cover “Waymaker” soon…it’s only a matter of time, don’t you reckon?

3 songs to listen to: It Is Well, Another In the Fire, Remember