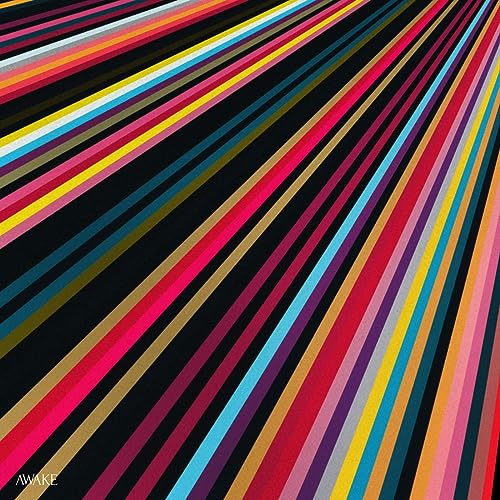 Here’s an assertion that I reckon is pretty spot on, in my own opinion. Hillsong Church is probably one of the most well-known, popular, inspirational, loved, hated, controversial, and much needed churches/bands/institutions ever. All of these adjectives at the same time, you ask? Well…yes. In short, Hillsong and all of its incarnations have encouraged many, and have angered much more. Yet even as a divisive international entity, the biggest church in Australia still offer so much hope to the world, that it’s hard not to be floored in a good way, and amazed at the group’s musical endeavours. Particularly Hillsong Worship of late, we have “What A Beautiful Name”, “Who You Say I Am” and “King Of Kings” each breaking records on radio and changing lives. My brother Jon even wrote about Hillsong on one of his latest Momentous Mondays blog posts a month and a bit ago.

Yet just last year, Hillsong has been in the news for all the wrong reasons though- as former worship leader Marty Sampson renounced his faith in Jesus. In response to this unexpected news, John Cooper the frontman of rock band Skillet, wrote a lengthy response to Marty’s admission, which in effect spoke about the importance of placing our faith in Jesus and reading the Word of God rather than looking to worship leaders as the source of all of our truth. As John firmly reminded us all to place our roots in the Bible so that they can’t be shaken…Hillsong stayed silent on this ever-prevalent matter (aside from a generic statement they posted on their website, which I saw back in August, but I can’t find now!). Now I’m not sure if many worship leaders from Hillsong are walking with Marty in his time of need (I’m hoping and praying that they are!), but I reckon a public statement from the church about all of this wouldn’t do any harm, and clear up any speculation about the church’s stance of what Marty has said- once and for all. But whatever your own views on what is happening right now in the forefront of the media- there’s no denying that there’s some impressive music that these guys have released.

When I reviewed the Spanish album Hay Mas from these guys, I firmly reiterated that ‘…It isn’t known whether Hillsong Worship will retire (I really don’t think so, and my guess is that they’ll keep going, and eventually phase out older members and introduce newer worship leaders, resulting in eventually a brand-new movement). And it also isn’t known what will happen in the near future- their reputation and brand may hinge upon what they say in response to Marty’s revealing post. However, I think personally that their best is yet to come!…’; nonetheless in October last year the group revealed their latest album Awake– their first studio album in… a long time or ever! Considering everything that was going on with Marty at the time, I was hesitant to listen to this album- even though I knew some songs would be inspiring- I’m sure we all weren’t in the right headspace at the time as we were all processing the enormity of what Marty has chosen. Yet this past April, I received another reminder from God that Awake is an album that needs to be listened to despite everything that happened to Marty- and such an album needs to be revisited. The song list of 12 ballooned to 40 songs (13 music videos and 15 extra live and acoustic songs!)… and I guess now I know why I waited to review this album.

But who wants to read a review about an album that for all intents and purposes, was released last year? 12 songs that were released last year, that have since been reviewed by other much more professional outlets like New Release Today and Jesus Freak Hideout? If I were to voice my thoughts on what I still consider a 6-7 month old album, is it even relevant? Particularly when all of your needs and wants on everything Hillsong can be met and fulfilled in Jon’s blog? So taking probably a controversial route, let me say that I’m not going to say my thoughts on this album. Instead I will let this album speak for itself. What I will say instead is this. That I’ve listened to these songs maybe constantly for the past week or so and let me tell you, they’re the most vulnerable, personal, honest and emotional batch of Hillsong Worship songs I’ve heard. Songs like “I Will Praise You”, “From Whom all Blessings Flow”, “Bright As The Sun”, “He Shall Reign”, “Come Alive” and “Awake My Soul” all earning a special place in my heart- yet I will briefly touch upon a couple of tracks that stand out head and shoulders above an already stellar and vibrant collection of worship anthems to Jesus!

I originally heard “No One But You” on Passion’s Roar, as Bellarive frontman Sean Curran ardently and fervently relayed to us a near-flawless worship anthem. Brilliantly performed by Sean, this cover version felt like a Bellarive original track- that’s how captivating, compelling and powerful Sean’s exquisite version is. It was just a few weeks later when I heard Aodhan King and Brooke Ligertwood’s powerful and compelling original version… and boy, it it just as hopeful and resounding as the cover version… maybe even more so! As Aodhan and Brooke both majestically and hauntingly convey to us that no one but Jesus can accomplish even the hardest task by man- that statement alone that underpins the theme of this song, is so true, and reason enough to declare this song with passion, and to believe in God with a fervent hunger and thirst! Yet it is “King Of Kings” that the group will be known for from any song on Awake. “King Of Kings” is very, very hymn-like and the quasi-sequel to modern hymn “In Christ Alone”, and the band has shown me to be still lyrically relevant in today’s somewhat already-saturated worship music market.

There’s nothing much to say about “King Of Kings” that can’t already by evidenced from listening to the song. Led by Brooke Ligertwood, and written by Jason Ingram, this song became BIG, and will be BIGGER and BIGGER- I can guarantee it! Do we have a modern worship hymn in the making? Having released around July last year, I reckon this song could have probably released around Easter time with much more weight and significance, given that the subject matter is about Jesus’ death and resurrection. But other than that, it’s a near-flawless song. The timing of the release is just me being nit-picky, because the impact of such a Holy Spirit-anointed track goes beyond when songs are released; so in case it wasn’t clear before, let me make it abundantly crystal, that “King Of Kings”, is one of my favourite songs of the year (2019)! Don’t believe me? Listen and be amazed!

If you guys aren’t into Hillsong Worship– then Awake is the bets place to start. “Kings Of Kings”, “No One But You” and essentially every single track on this project is proof of that- and I am indeed excited for their next album! Even though I do enjoy the Hillsong United albums better than the Live counterparts (really, what is the difference besides a few worship leaders on one and others on the other?); the megachurch is are a force to be reckoned with, both in CCM and worship. They make the 3-4-albums-a-year aspect work, and if they stick with what they know, then it will definitely work for them in the future! Personally, I reckon “King Of Kings” is as good as Hillsong have ever been, and I’ll be eagerly awaiting more future projects in the coming months! Well, I guess now it’s time to re-listen to III and People; don’t you reckon?

3 songs to listen to: No One But You, Bright As The Sun, King Of Kings